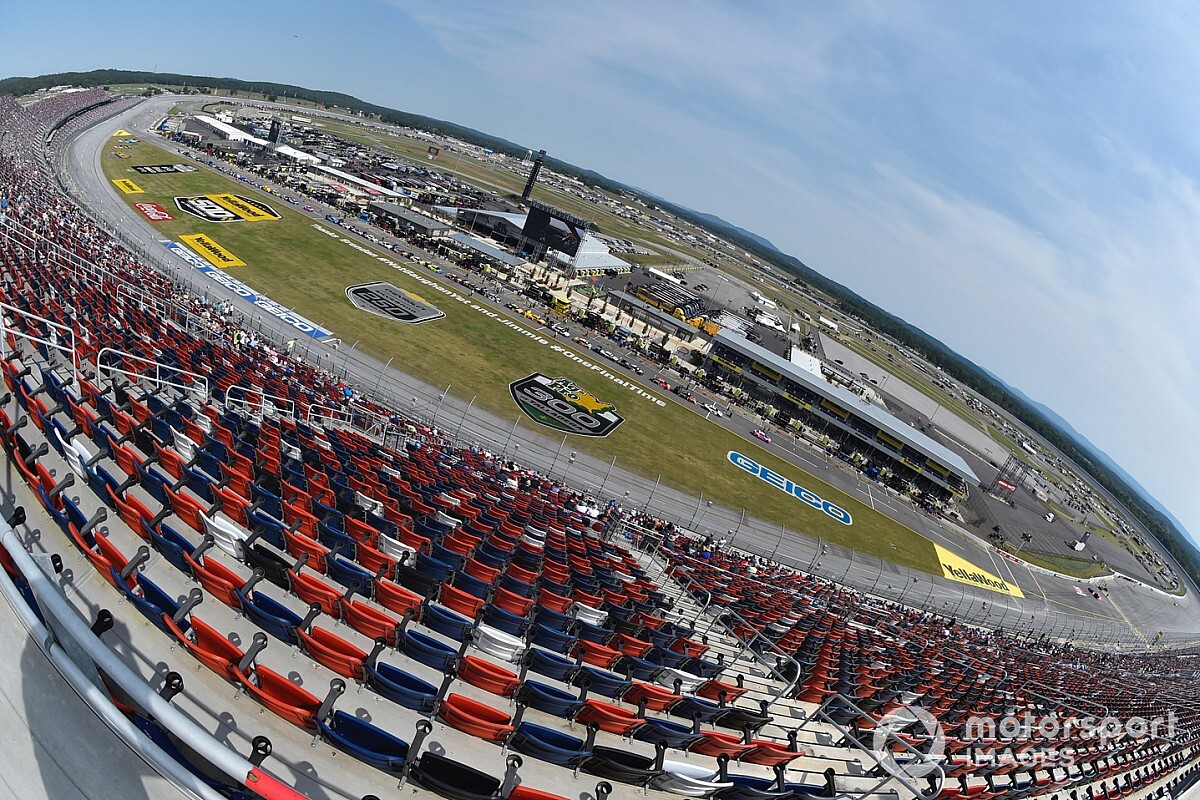 The win is Heim’s second of the season after also winning the season opener at Daytona International Speedway. He has finished first, second and first in the first three races in his first fulltime season with Billy Venturini.

“I made a mistake in the middle of the race and that kind of set us back a little bit,” Heim said. “I think were 15th or 16th at one point, which was the deepest we were all day, and I had to really work hard to get back to the front.

“I was just trying to make the best decisions that I could and hoped it would work out. Truth be told, I kind of did. We were third on the that final restart, Drew (Dollar) found a hole and shoved us past (Holmes).

“I think I was in the prime position in the end. To win these superspeedway races, you have to have some help. We were the two best helpers all day.”

The race was marred by two red-flags, the second which came with five of 76 laps remaining and saw driver Derrick Lancaster’s No. 29 Toyota get pancaked into the wall on the backstretch and immediately burst into flames.

Lancaster’s car, still in flames, came to a rest entering Turn 3. Lancaster was helped from his car and immediately placed on a stretcher and transported to a local hospital for further evaluation.

According to a social media post from Lancaster’s wife, Elizabeth, Lancaster was sent to the University of Alabama at Birmingham Burn Unit.

Saturday’s race was just the seventh in the career of the 48-year-old from Christiansburg, Va.

With 15 laps remaining, Sanchez got into Greg Van Alst, who got turned down the track and into CoyGibbs, knocking out two drivers who were in contention for the win. John Ferrier also got collected in the incident.

After running under caution several laps, ARCA decided to red-flag the race for nearly five minutes to complete the cleanup.

Holmes had moved into the lead just before the caution and led the way when the race restarted with five to go. He was followed by Lancaster and Sanchez.

Coming off Turn 2 on the restart, Drew Dollar appeared to get into Heim and Lancaster, which sent Lancaster hard into the outside wall and immediately brought out another red flag.