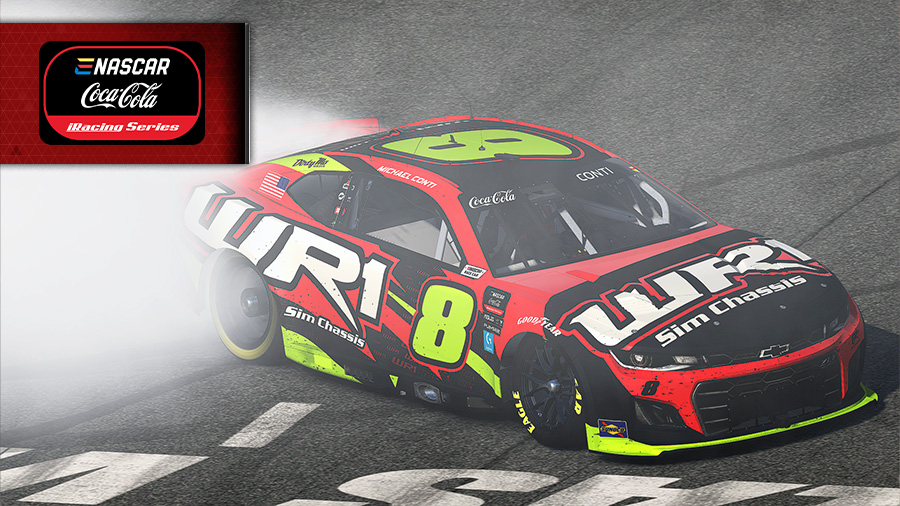 After a dramatic and caution-filled 100 laps, Michael Conti scored his 12th career eNASCAR Coca-Cola iRacing Series victory at Las Vegas Motor Speedway on Tuesday night by pulling away from the field in the final few laps. It marked the second year in a row that the JR Motorsports driver punched his playoff ticket early, after winning last year’s opener at Daytona International Speedway, and holding off close friend and fellow series champion Nick Ottinger of William Byron eSports after the duo dominated most of the race.

Ottinger led the field to green, but just like last year, the caution flag first flew early as Mode Motorsports’ Cody Byus got the worst of an early racing incident while trying to split a gap between Spacestation Gaming’s Kyle Peddle and Williams Esports driver Vicente Salas going into Turn 1. Salas’ teammate Donovan Strauss spun in a similar place after contact of his own just a few laps later, sliding back up into the pack and collecting Letarte Esports’ Brian Mercurio and Team Dillon eSports’ Taylor Hurst. 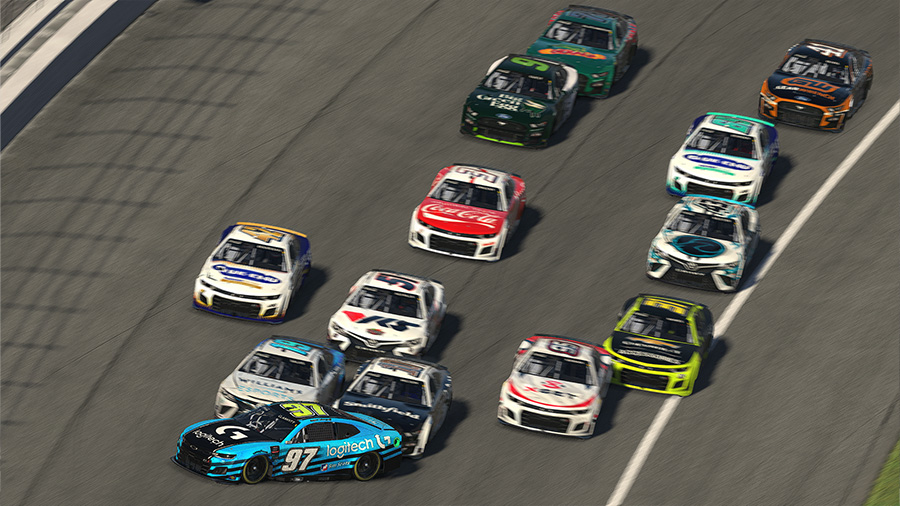 Subsequent incidents as the race continued collected 2021 playoff drivers like Matt Bussa and Mitchell deJong, and even defending series champion Keegan Leahy with 30 laps to go. Two laps after the restart from Leahy’s incident, runner-up Logan Clampitt got the worst of yet another frontstretch accident as drivers continued to push the limits of the Next Gen car.

But while this year’s race had more cautions than 2021, and many of them fell later in the race, there was no overtime necessary to set up the finish. Conti managed to extend his gap to .775 seconds at the finish over Ottinger, with defending event winner Ryan Luza falling just short of third place to Charlotte Phoenix driver Graham Bowlin. Despite all of the carnage, 25 drivers—even including drivers like Leahy and Salas who took significant damage—were able to complete all 100 laps of the race. 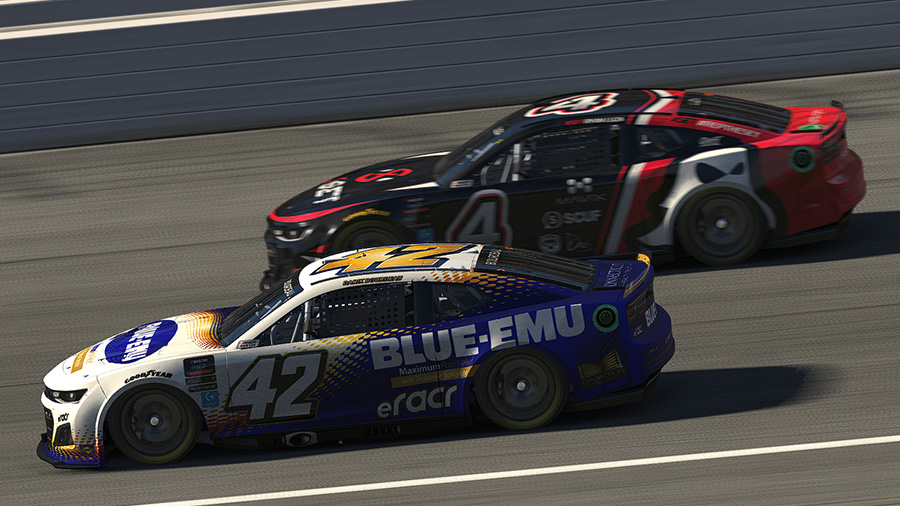 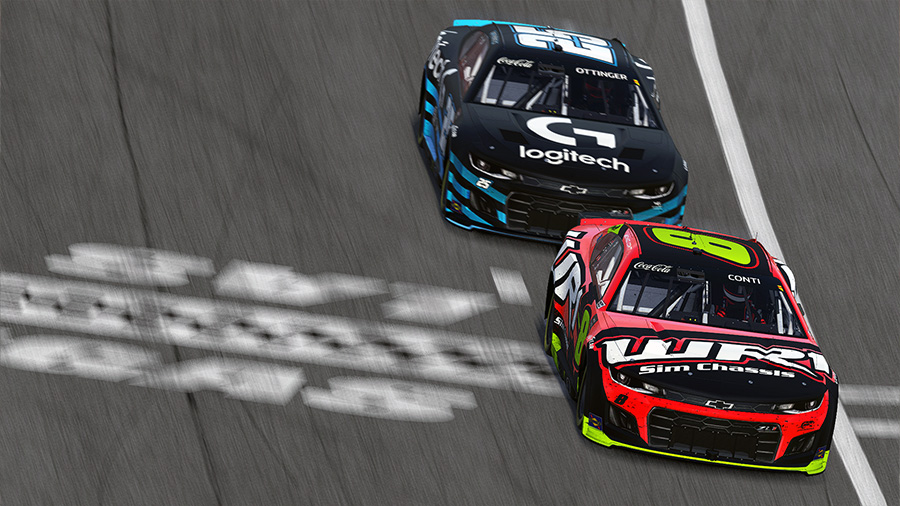 The eNASCAR Coca-Cola iRacing Series season continues at Atlanta Motor Speedway two weeks from now, where Clampitt won last spring to earn his way into the 2021 playoffs. Broadcast coverage begins on Tuesday, March 15 at 8:30PM ET with Countdown to Green before a 9PM ET green flag, and can be seen at enascar.com/live.