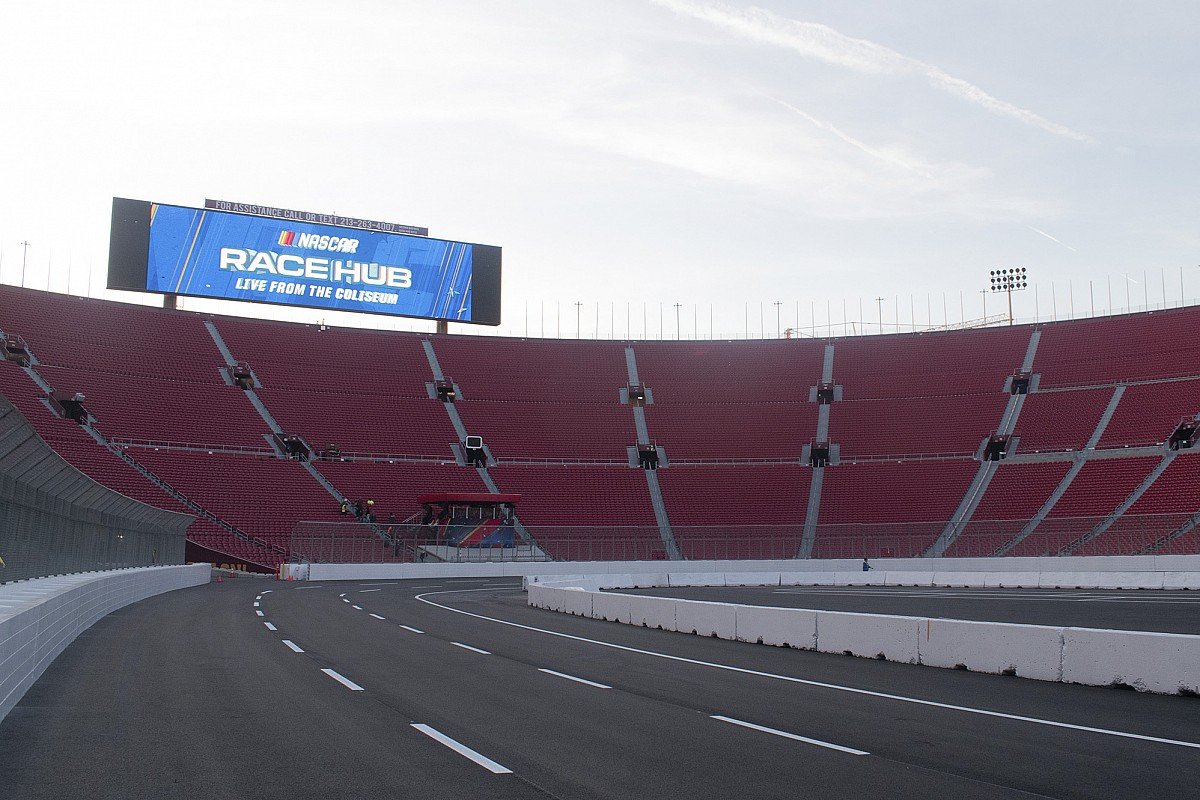 Drivers got their first taste of the unique quarter-mile track before qualifying in a two-hour practice session on Saturday. The field was split into three 12-car groups, with each getting three opportunities to make laps.

What happened in practice?

Drivers quickly dropped below the 14-second bracket with Christopher Bell being the first to do so. Many others followed with 33 of the 36 drivers dropping below 14 second lap times during the session.

Tyler Reddick ran the most laps at 111. There were no incidents but one stoppage for the stranded car of Chase Briscoe. The Stewart-Haas Racing Ford suffered a throttle cable failure and he lost all drive.

It didn’t take long for the bumpers to come out at the tight circuit with Kevin Harvick and Corey LaJoie leaning on each other on multiple occasions. They were not alone. Brake lockups were also a common occurrence with flat-spotted tires showing up after just a few minutes of track time.

A few drivers got a little too close to the outside wall including Denny Hamlin, who sustained minor right side damage.

Qualifying will take place in a few hours at 8:30 p.m. EST. and will set the grid for Sunday’s heat races.