Clash at the Coliseum field set after chaotic heat races 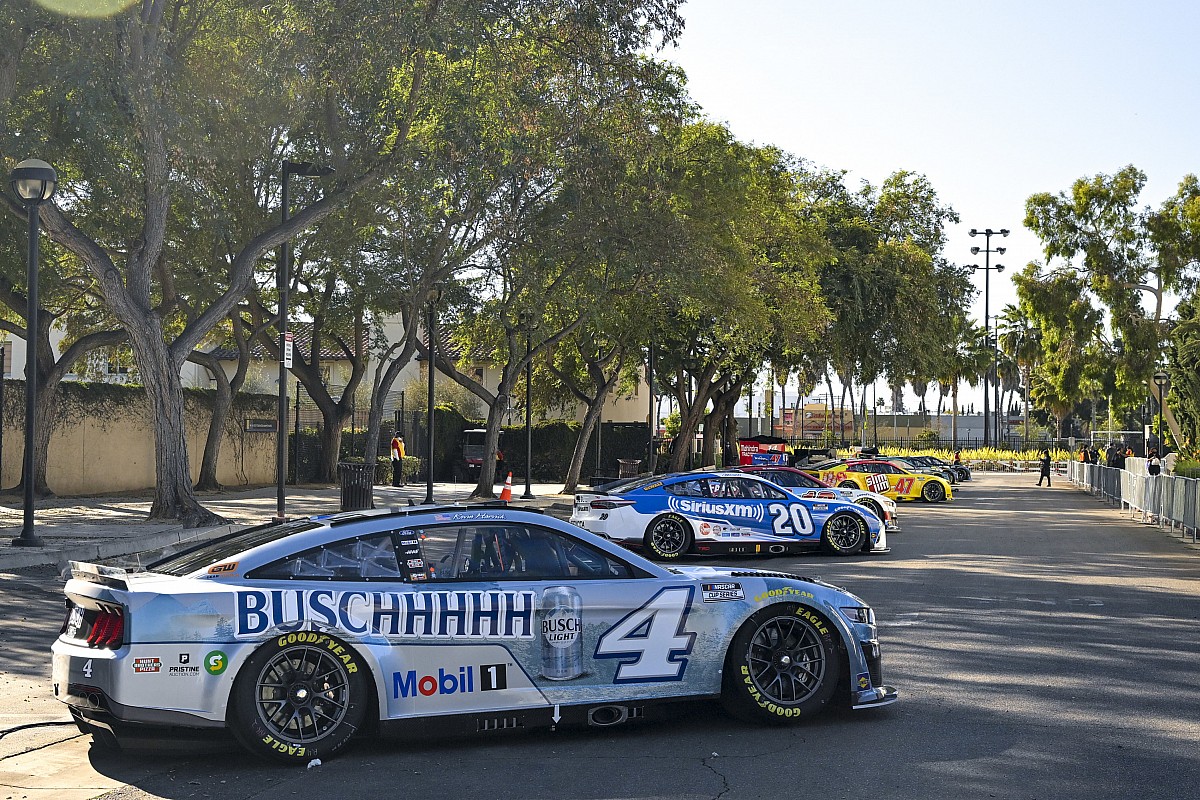 With Busch’s win from the pole in the first 25-lap heat race, he will start on the pole for the 150-lap, 2-stage main event on the ¼-mile asphalt oval inside the Los Angeles Memorial Coliseum.

Martin Truex Jr. gained entry in the 23-car fields by claiming the lone provisional, which he chose to take rather than compete in the second Last Chance Qualifier.

Kyle Busch led all 25 laps but the big action was Blaney running down Hamlin and knocking him out of one of the four transfer positions to the main event.

Joining Busch in the main event are Daniel Suarez, Ricky Stenhouse Jr. and Blaney. By winning the first Heat race, Busch will start on the pole for the main event.

Reddick got off to a very fast start in the second 25-lap heat as several drivers went three-wide battling for position. He ended up leading the whole way and grabbed on of the four transfer positions to the main event.

Haley got an early challenge for the lead from Chase Elliott, but Elliott got stuck on the outside groove and fell back to fourth. Haley ended up leading all 25 laps and grabbing one of the four transfer positions to the main event.

Joining Haley in the Clash field are William Byron, Christopher Bell and Elliott. “I just wanted to make the show but Kaulig Racing has given me a rocket ship and made by job easy,” Haley said.

The first caution of the day came in Heat 4 with Ty Dillon slowing to a stop on the frontstretch on Lap 7. The race resumed on Lap 8 with Logano out front but one lap later, Austin Cindric got spun following contact from both Landon Cassill and Kurt Busch.

Logano remained in the lead on the final restart and led the rest of the way to take one of the four transfer positions to the main event.

The first 50-lap last chance qualifying race got off to a rough start with a caution on Lap 5 as Todd Gilliland turned Aric Almirola into the wall and out of the race.

“It was a bigger hit than I expected with as slow as we were going here,” Almirola said. “The No. 38 (Gilliland) just destroyed us. We had a decent start and we were moving forward and (Gilliland) just drove in there a mile and tore us up.”

Hamlin remained out front on the restart on Lap 6 and took command. Kevin Harvick made his way up to second but could never mount much of a challenge for the top spot.

Hamlin, Harvick and A.J. Allmendinger all transferred to the main event.

Bubba Wallace took early command of the race until it was slowed by caution on Lap 25 when Ty Dillon and Harrison Burton made contact. Wallace resumed the lead on Lap 26.

On Lap 27, Alex Bowman grabbed the lead but Wallace fought back and reclaimed it on Lap 28. On Lap 30, Kurt Busch powered around Wallace to move out front for the first time.

Cassill turned Ryan Preece on Lap 33 to bring out another caution. The race resumed on Lap 34 with Kurt Busch out front.

Brad Keselowski got into Cassill in Turn 2 on Lap 42 to bring out another caution. Kurt Busch continued to lead the way on the restart on Lap 43. The leaders piled up entering Turn 1 on the restart with Wallace coming away with the lead.

Kurt Busch crashed in a three-wide situation on Lap 46 to bring out a caution just after Burton grabbed the lead off Turn 4. Burton led the way on the restart.

On Lap 48, Burton was spun while in the lead by Ty Dillon and put the race back under caution. The race resumed with two laps remaining.

Ty Dillon held on for the win but was penalized for jumping the final restart. That means Preece, Wallace and Burton transferred to the main event.

Martin Truex Jr.’s team decided to sit out the Last Chance Qualifying races and will take the provisional, giving him the final and 23rd starting position in the main event.