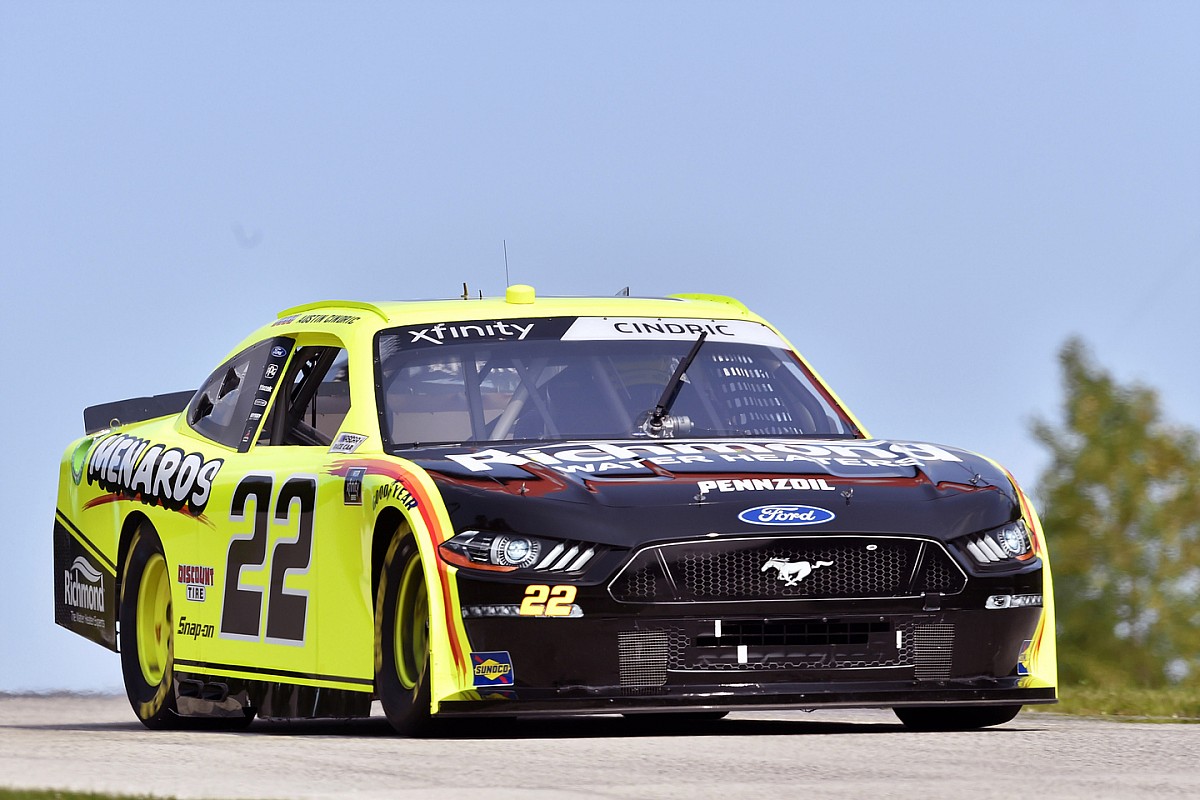 Cindric, 22, has an extensive background in sports car racing and four of his first seven career Xfinity wins have come on road courses.

He will have two chances to check that box this weekend as he’s entered in both Saturday’s Xfinity race and Sunday’s Cup race at Road America.

So far this season, Cindric has four wins in the Xfinity Series – he had six all of last year – but all four have come on oval tracks.

Three of the next five races on the Xfinity schedule take place on road courses offering a prime opportunity for Cindric to pad his already impressive pre-playoff statistics.

“Obviously, we won the race here last year but nothing’s guaranteed,” Cindric said. “The field this season at this race is pretty stacked, similar to Circuit of the Americas, where normally if you get out of sequence you can kind of recover to the top-five.

“It’s definitely going to be a challenge (Saturday) especially if you loose track position at a place that is this narrow. We had speed today but that doesn’t mean anything for tomorrow.”

In the incident-marred practice session Friday at the 4.048-mile, 14-turn road course, Cindric completed eight laps and easily topped the speed chart with an average lap at 107.869 mph. he was more than eight-tenths of a second faster than second-place Jeb Burton (107.086 mph).

Justin Allgaier ended up third, A.J. Allmendinger was fourth and Daniel Hemric rounded out the top-five. Qualifying is scheduled for 11:35 a.m. ET Saturday.

Cindric, like many others Friday, had a difficult time determining how well they will perform in race conditions because of the two long stoppages in practice for incidents on the track.

“I think I would have a really good idea if we had five more minutes,” he said. “I also think everybody would probably say the same but I actually do mean that.

“We did get quite a few changes in during the time that we had. I was surprised we had so many yellows but sometimes, that’s how it goes.”

Still, Cindric doesn’t feel Saturday’s Xfinity race should be a chaotic one.

“It normally isn’t here. You usually get some long runs,” he said. “I will say out of anywhere we go to, the ‘cautions breed cautions’ mantra definitely plays into effect here.

“It is pretty narrow, it’s easy to make mistakes, there are lots of stack ups on restarts and you usually see a lot of accidents.”