Bell, 26, earned his first career victory in the NASCAR Cup Series this past weekend with his win on the Daytona International Speedway Road Course, passing veteran Joey Logano with one lap to go and holding him off for the victory.

Road course racing in NASCAR hasn’t necessarily been Bell’s forte given his dirt racing background, but the more experience he’s gained, the better his performances have been.

“I enjoy road racing because I think it’s very difficult. Racing the race track, producing lap time, seeing who’s fast at it, is very rewarding. It’s real, right? If you go out there and run well at a road course, that’s real,” Bell said.

“On the flipside, whenever you get restarts, everyone is boxed up, just running into each other, that’s the side of road course racing I don’t love. Being at the mercy of everyone else, it gets a little bit superspeedway-ish on the restarts.

“It’s a ton of fun whenever you finally get strung out and you can race the race track to try to make lap time and set up passes. You’re sliding around, you’re really out of control the majority of the time – you’re just hanging on.

“I love road course racing from that aspect, but I just hate it’s so easy to get caught up in other people’s mess. It’s so easy for guys to poke you, spin you out. It’s a love-hate relationship for me.” 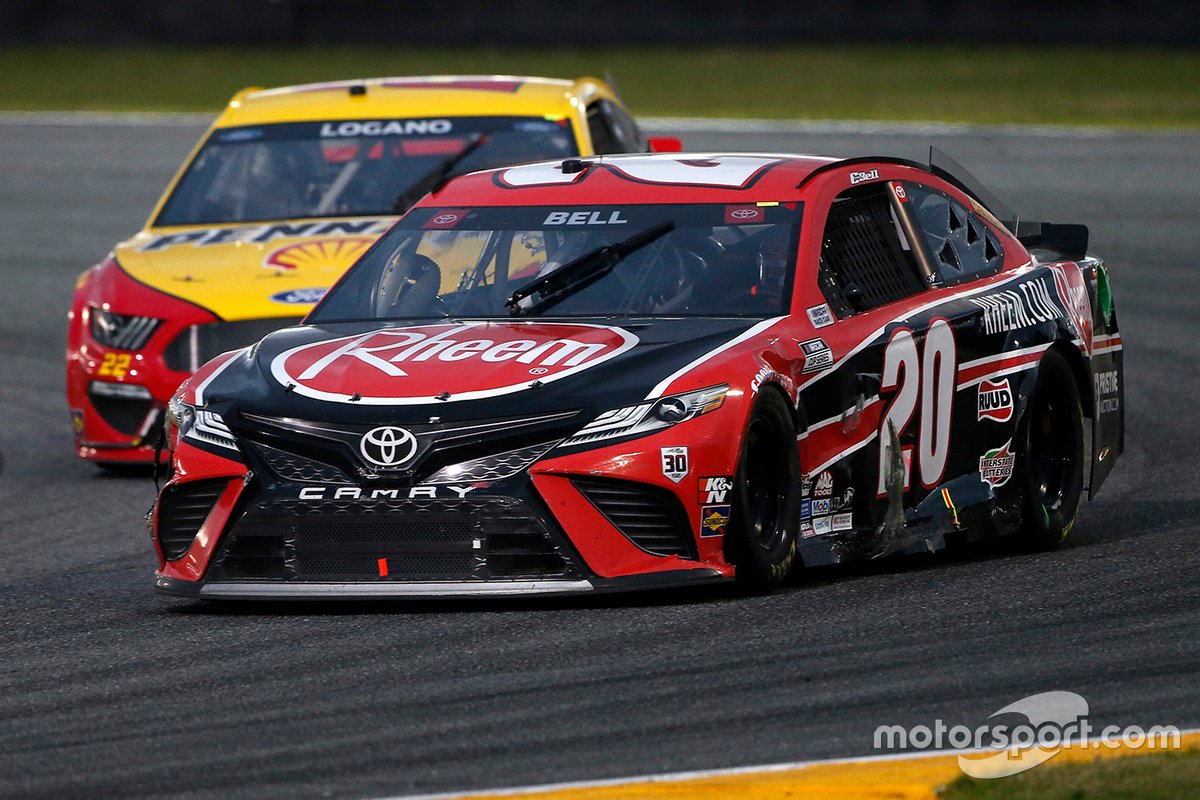 In Bell’s fulltime seasons in the Truck and Xfinity series, he would occasionally come away with a solid finish on a road course but it wasn’t until his Xfinity Series win at Road America in 2019 over Austin Cindric that was able to see road races as possibilities for victories.

“I definitely think dirt racing is very beneficial for road racing. Whenever you go road racing, you’re always kind of at the limit of the car. You’re sliding around, you’re slipping. It’s all about getting the most out of your equipment in every corner,” he said.

“I think dirt racing teaches you the car control of how to pick up little bits of speed here and there, just being unorthodox about it in some places. I enjoy it. I definitely think dirt racing gives you the skill set needed to be a good road racer.”

Coming into last weekend’s race on the Daytona Road Course, Bell was already a little bummed from his performance in the Daytona 500 the week before despite a good finish.

Just 15 laps into the race, Kyle Busch had given Bell a push and he then bumped into Aric Almirola, who shot up the track, collected Alex Bowman and triggered a massive wreck.

“That’s speedway racing, you know? That’s the name of the game. You go out there and you’re in a pack, you’re at the mercy of the cars around you. I mean, if one guy wrecks, then the whole field’s in it,” he said.

“I’ve gotten wrecked I would say 75-percent of the speedway races in my career. Fortunately I haven’t been on the other side of it until last week. I felt terrible. I wanted to crawl into a hole after the rain delay and stuff.

“But it’s speedway racing. It is what it is. One car getting turned or wrecking just creates a big old mess.”

Bell escaped with a fifth-place finish and coupled with his victory on the road course, he has set himself up nicely as the series moves to more traditional tracks the next two weeks – Homestead-Miami Speedway and Las Vegas Motor Speedway.

“Speedway racing has definitely not been my favorite. Getting through Daytona one was very glad to move on from that,” he said. “Road racing has become a little bit of a new normal and a big part of the schedule.