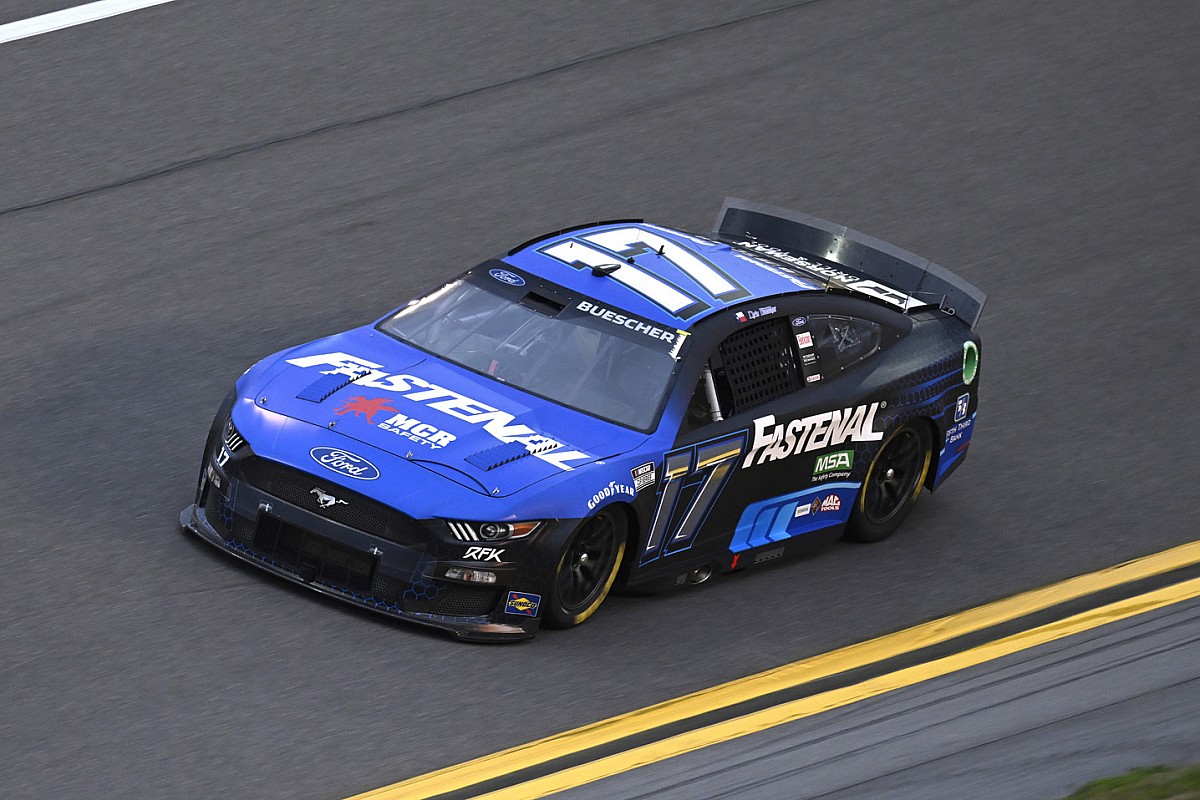 Buescher dove below Logano trying for the lead on the last of 60 laps. Logano tried to block Buscher’s move, but instead got wrecked himself, which brought out the caution.

Buescher was ahead at the time of the caution and was declared the winner, giving Roush Fenway Keselowski Racing a sweep of both Daytona qualifying races. It’s the first time a team has swept the Duels since 2015.

“What a way to start a Speedweeks out here, putting both RFK Ford Mustangs in Victory Lane,” Buescher said. “It’s not the big show but we have a really good hot rod here.

“My hats off to everybody back at the shop. I know it’s been a hectic offseason for everybody in the sport, right? But we’ve had a lot of changes going on. It’s good to see it play out.

“I didn’t want it to happen that way for sure. I’m really proud of the effort and our execution on pit road. We’re in a good spot here – that’s exciting.”

Greg Biffle finished 13th and as the highest finishing non-charter team in the race, he earned a starting spot in Sunday’s 500.

Bowman started on the pole and led five of the first seven laps before Logano moved out to take command on Lap 8.

Bowman moved back around to the lead on Lap 10. Logano led at the line when the two crossed on Lap 11.

Austin Dillon powered around Logano on Lap 15 to grab the lead for the first time in the race. Buescher moved into the front on Lap 17 as Dillon dropped back to fourth.

On Lap 27, the Toyotas elected to make their two-tire green-flag pit stop but Denny Hamlin spun as he was entering pit road, which forced him into an extended stop.

Another group of Fords and Chevys hit pit road under green on Lap 33. Biffle had an extended stop on pit road.

Following the completion of stops, Logano took over the race lead on Lap 34.

With 20 laps remaining, Logano held a small lead over Buescher with McDowell in third, Burton fourth and Stenhouse in fifth.

After 50 laps, Logano remained out front with Buescher close behind. A group of Toyotas, led by Kyle Busch, was making gains trying to catch the main group of four.

Jacques Villeneuve, who already made the 500 field based on his qualifying speed, pulled into his pit stall before the race started with an issue under the hood. He was able to join the field before the race went green.