The sport’s most popular driver won last season’s Cup Series season finale at Phoenix Raceway and the series title, bringing a celebratory end to a difficult year in which NASCAR faced numerous hurdles just to complete its season during the COVID-19 pandemic.

And he almost did it again.

Elliott and Hendrick Motorsports teammate Kyle Larson together led 201 of the 312 laps in Sunday’s title race at Phoenix but Elliott faded down the stretch to finish fifth as Larson won his first series championship.

Elliott, 25, was disappointed but not dejected after the race, believing he and his No. 9 Chevrolet team had a solid opportunity to win consecutive titles.

“I thought our team did a really good job preparing this week. I was really proud of our group,” Elliott said. “I thought we brought a really good car and did a lot of things that we were wanting it to do (in the race), just didn’t work out, and the sequence of the way all that went certainly was unfortunate for us.

“I thought we had a really good car. Honestly, I thought all four guys (eligible to win the title) were good. I felt like we all kind of had our moments really throughout the day.

“You get a caution with 20 laps to go, it’s going to be very difficult to run down and pass the guy that jumps out front in the restart.”

Martin Truex Jr. appeared in good position to win his second series title down the stretch but a caution for debris on the track – a broken brake rotor – on Lap 283 sent the field all down pit road to take on new tires.

Larson edged Denny Hamlin off pit road to take the lead and over the final 24-lap green-flag run to the finish held off a late charge from Truex to win the race. 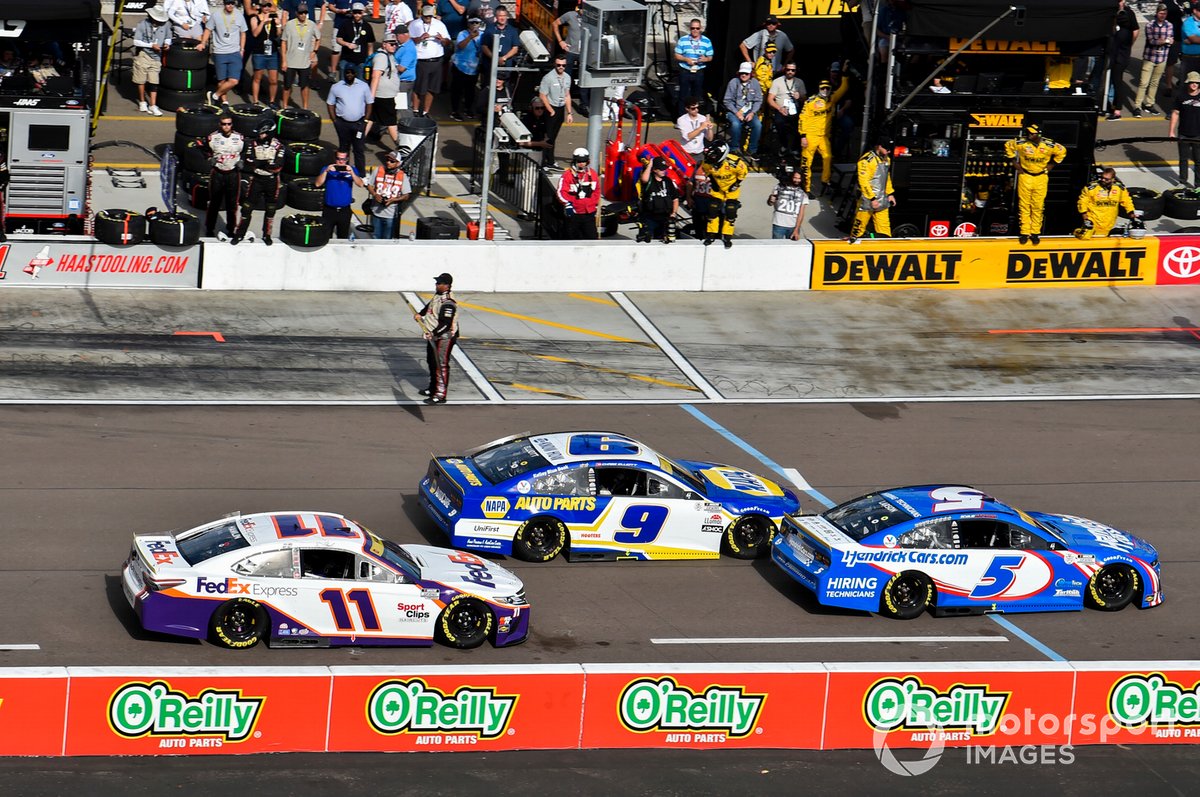 Elliott, who came off pit road fourth on the final stop, ended up finishing fifth in the race and fourth in the final series standings.

Elliott led four times in the race for a total of 94 laps (second to Larson’s 107). Each time Elliott got the lead in the race – twice off pit road and twice on the track – he got it from passing Larson.

He led for the final time with 62 laps to go.

“Look, proud of our team, a lot to build on, and also congrats to Kyle and Cliff (Daniels, Larson’s crew chief). What an amazing season. Very, very deserving champions, and glad to see Kyle have success,” Elliott said.

“When you’re a good driver and a good person and you surround yourself with good people, success is warranted. It’s good to see that.

“But we’ll be back stronger next year and try to give them a run.”