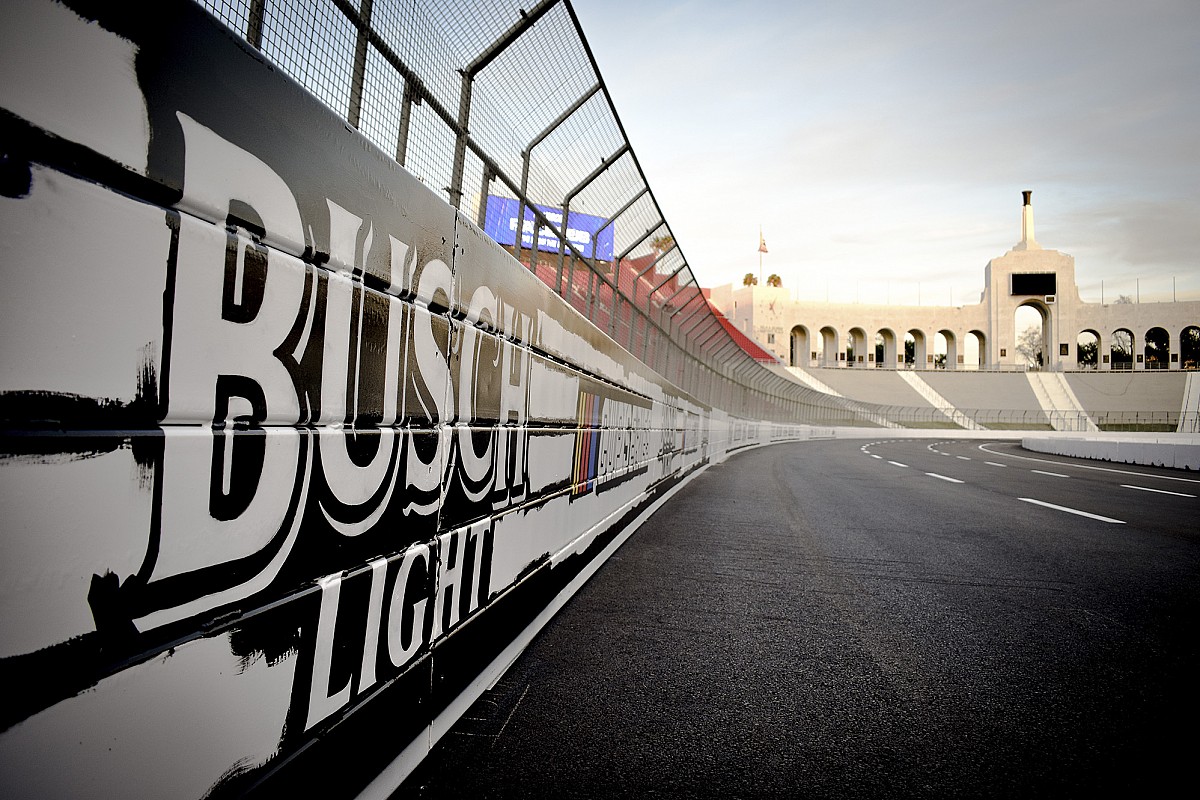 Saturday was the first time NASCAR Cup Series teams were able to get on the ¼-mile made-from-scratch asphalt oval that was created inside the Coliseum for the preseason exhibition race on Sunday.

Because of the small size of the track, the sessions were split into three groups of 12 cars each and each group got three 8-minute sessions on the track.

Elliott set the fastest average speed at 66.889 mph in the final session. Speeds during the practices came in about what many had predicted.

Kevin Harvick ended up second-fastest overall (66.879 mph) and Chase Briscoe was third (66.815 mph), although at the end of his final session he suffered a broken throttle cable. Justin Haley was third fastest and Kyle Busch rounded out the top-five.

Kyle Busch had the fastest average speed among those drivers who ran at least 10 consecutive laps (66.307 mph). He was followed by Elliott, Haley, Harvick and Larson in that category.

While there was significant bumping and banging, there were no major incidents on the right oval outside of a few drivers brushing the wall.