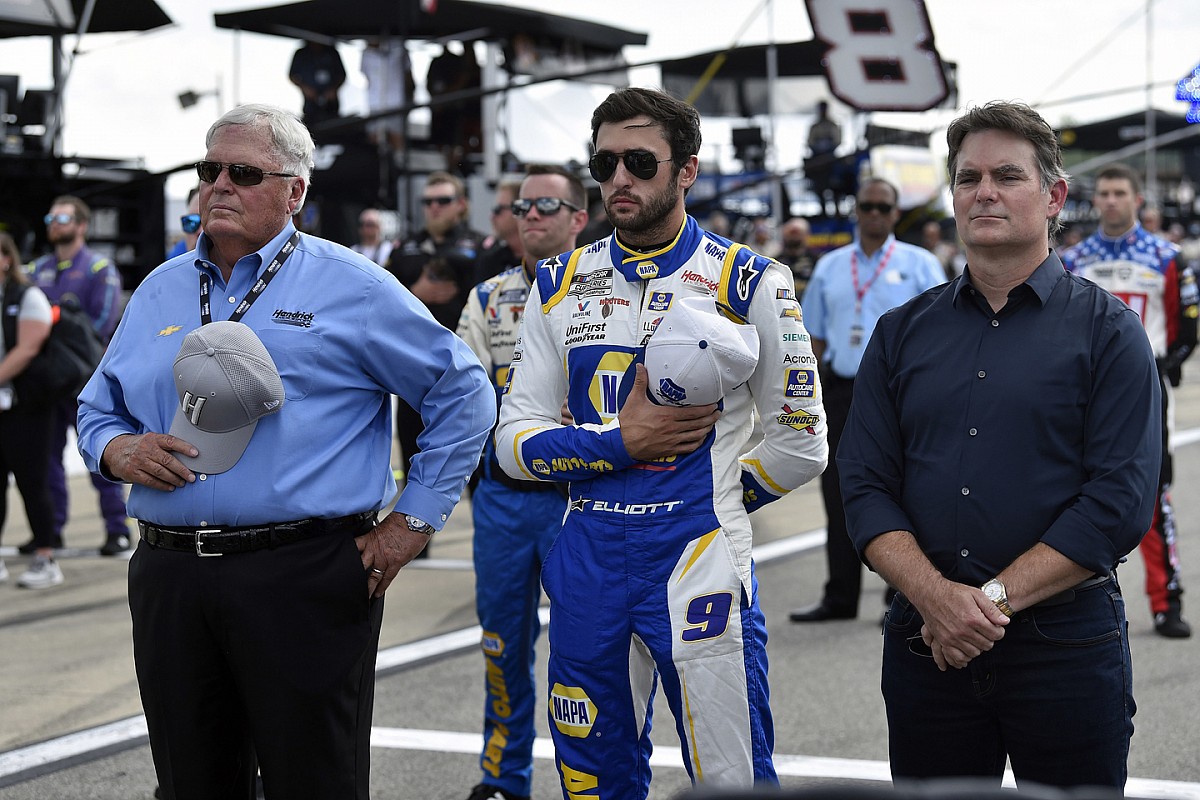 Denny Hamlin and Kevin Harvick – with their 13 wins between them – entered the 2020 Cup playoffs as the heavy favorites, while Elliott had accumulated just two wins when the regular season had concluded.

Elliott, however, added three more wins in the 10-race championship battle – in the cutoff races at the Charlotte Roval and Martinsville, Va., and in the championship finale at Phoenix.

He and his No. 9 Hendrick Motorsports team couldn’t have timed it any better if he tried.

“I don’t really feel any different than I did going in last year. I mean, it’s nice to have seen some of those circumstances and to have gone through some of those things that you’re faced with mentally, just some of those challenges, as you step through that last round and get to Phoenix,” Elliott, 25, said.

“But to me, the message is really no different than it was last year. To me it’s just about enjoying those big moments. If you don’t enjoy them, you’re never going to thrive in them.

With two victories in hand, Elliott enters the 2021 playoff opener Sunday night at Darlington (S.C.) Raceway as the fifth seed in the 16-driver field.

He has been especially consistent of late with only one finish worse than eighth in his last seven races, including his victory at Road America.

Elliott said it’s a “fine line” between going into the playoffs with what got you this far and deciding to try something new in hopes of getting ahead of the competition.

“I feel like you always want to grab that extra gear if you have it to pull. A lot of times you don’t,” he said. “I think you can very easily reach too far and get yourself in more trouble than what you would if you really executed what you had to work with.

“I think it’s recognizing those things. Hey, can we be better? Do we have that gear to pull? Can we step it up a notch? If the answer is yes, OK, let’s do it somehow, some way. If not, I do think it’s important not to reach too far and reach outside of what your reality is, where you are.

“You’re better off having a solid day and finishing eighth or maybe doing a really good job and finishing sixth than you are trying to reach for a win. I just think you can get yourself in a lot of trouble doing that. I’ve done that in the past.”

Battling teammates for the crown

This season, Elliott also enters the playoffs with some of his top competition for the series championship coming from Hendrick teammates.

“A lot of us have been around racing long enough, have been doing it long enough, to kind of understand how that dynamic works,” he said. “At the end of the day, I feel like for Mr. (Rick) Hendrick (team owner) especially, he’s done a lot for the sport, he’s changed a lot of people’s lives in the sport, mine included.