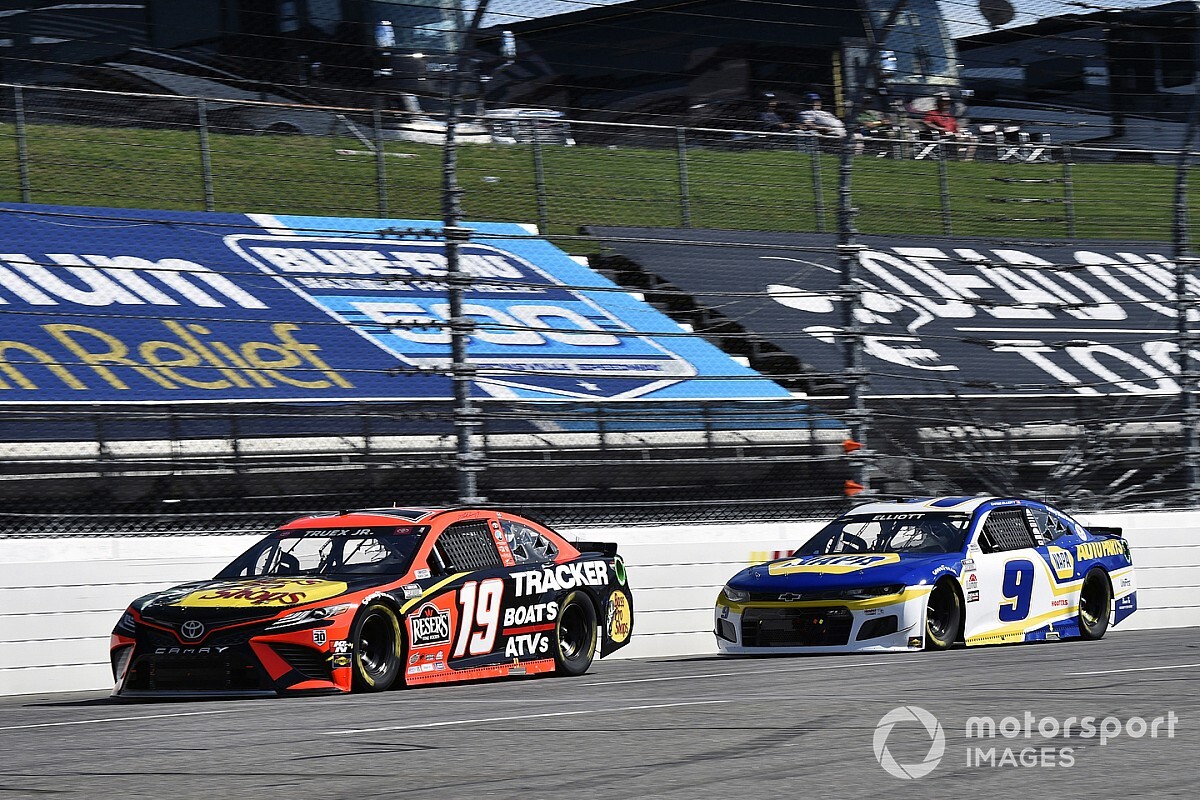 Elliott, the reigning NASCAR Cup Series champion, got off to a strong start this season with a runner-up finish in the Daytona 500 and was in position to challenge for a win at the Daytona Road Course until a late-race spin.

Since then he’s struggled at Homestead and Las Vegas, ran well at Phoenix, lost an engine at Atlanta and rallied to a 10th place finish at the Bristol Dirt Race.

In Sunday’s rain-delayed race at Martinsville (Va.) Speedway, Elliott stayed in the hunt throughout the race – finishing fourth in both stages, had a solid day on pit road and went toe-to-toe with Denny Hamlin to claim the runner-up spot behind winner Martin Truex Jr.

“Every week I feel like it’s been one thing or another, a bad run or just whatever. Just nice to have just a smooth day, no damage. We didn’t break anything. Everything was just smooth,” Elliott said.

“It was uneventful. That’s the days you have to have to compete for wins ultimately. Some of that is in your hands, some of it’s not. Truly nice to have an uneventful day, so to speak, just get a solid finish.

“Got some solid stage points. It was definitely a step in the right direction for us.”

The strong run was also a solid foundation with which to build for the series’ return visit to Martinsville late in the year when a win at the track can gain a driver one of the four berths in the Championship 4.

Elliott won the fall race last year at Martinsville, giving him the opportunity at Phoenix a week later to win his first series championship.

“I think this is an important race. They’re all important, but for sure, when you get down to that Round of 8, if you’re still alive in that deal, a win at any of those tracks gives you an opportunity.

“As long as it’s where it’s at in the (playoffs) it will always be an important race.”

While a smooth race was an important one for the No. 9 team, Elliott is under no illusions that he, too, will need to return to Victory Lane to be a serious contender for a second championship.

“I definitely think winning is a crucial part to the playoffs,” he said. “It doesn’t guarantee you as you go along. It sure does hedge your bet and having a successful playoff run if you have wins in the bank.

“I want to be on that side of the fence when that rolls around rather than in the opposite position.”