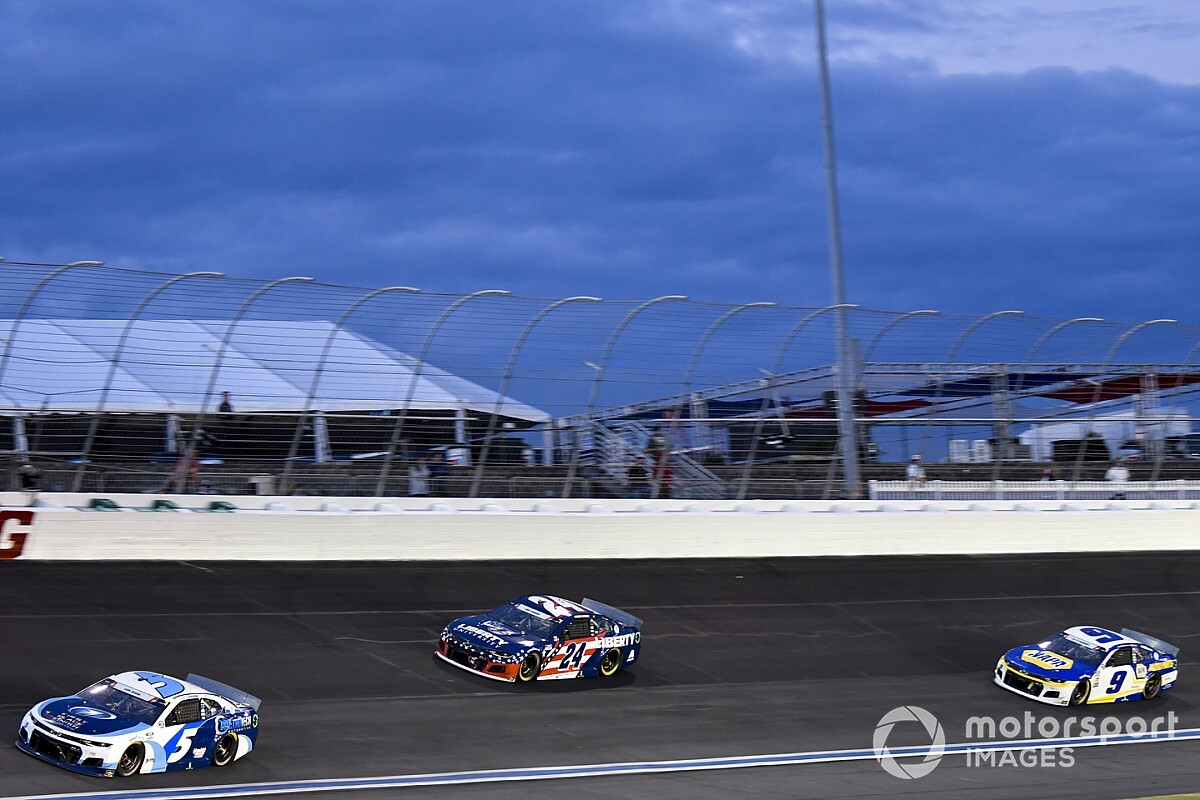 While Elliott spent much of the race in close proximity to Larson on the track – even leading twice for 22 laps – it was clear to him Larson wasn’t going to be denied the win without some unusual circumstances.

Twice in the race, Larson went into green-flag pit stops running second – first with Elliott as the leader and second with teammate William Byron leading – and came out with the lead thanks to a much better performance on pit road.

By the end of race, Larson had built up a more than 10-second lead and barring a last-minute caution, his victory seemed assured.

“He definitely did a better job for sure,” Elliott said of Larson. “I thought he did the best job driving and being able to make pace and not abuse his tires each run.

Elliott, who earned his first win of the 2021 season last weekend in the rain-shortened race at Circuit of the Americas, said he wasn’t frustrated coming up short in another Coke 600.

“We just keep pushing. We absolutely got beat tonight, no question,” Elliott said. “The only thing you can do is just look for more opportunities, be excited for another chance, and fortunately we have that next week, next Sunday, and the Sunday after that.

“We’ll just try to get a little better and me do a better job, us communicate better as a team, execute better, and try to have a better result.”

Elliott should be a favorite next weekend as the Cup series returns to a road course, making its first visit to Sonoma (Calif.) Raceway since the 2019 season.