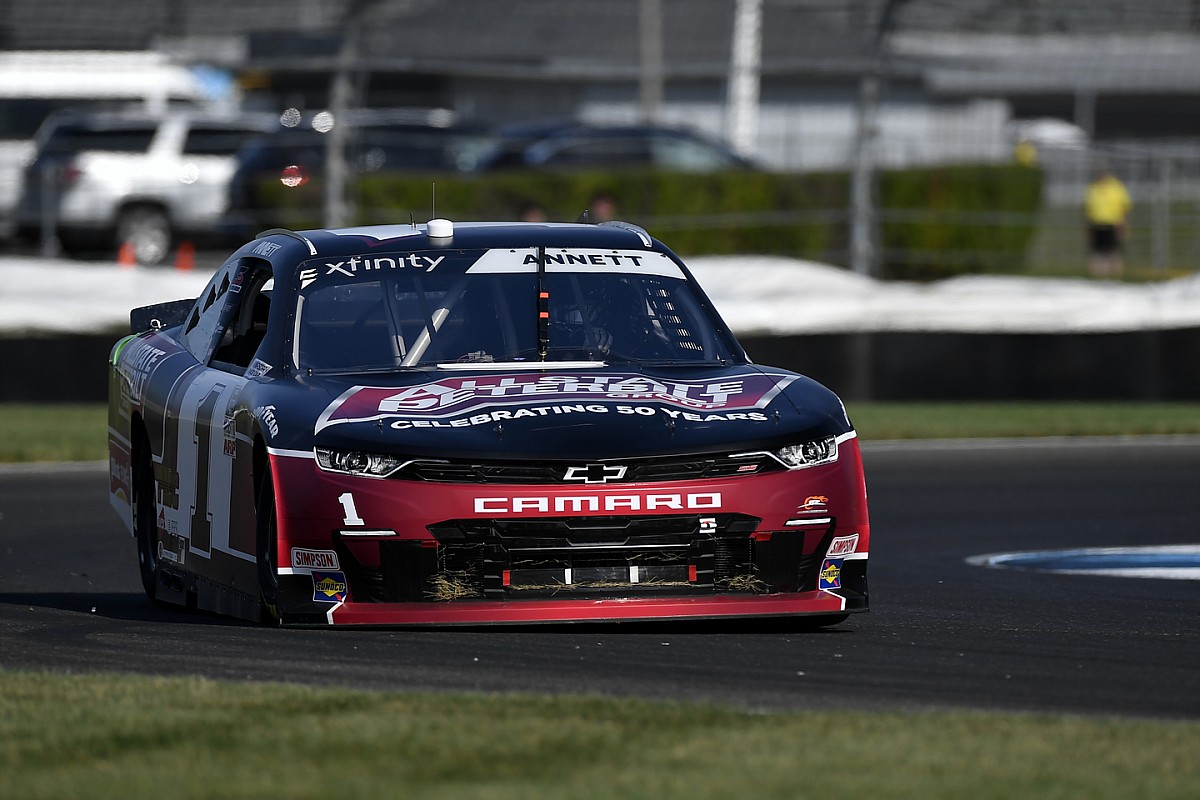 JR Motorsports driver Michael Annett had returned last weekend at Watkins Glen (N.Y.) International to the No. 1 Chevrolet after missing three races while having surgery to repair a stress fracture in his right femur.

Annett participated in two laps of practice at the Indianapolis Motor Speedway Road Course on Friday but on Saturday morning JRM announced he would not compete in the race this weekend as he continues “to recover from leg surgery.”

Elliott, who won the 2014 Xfinity Series championship at JRM, has been tapped as Annett’s replacement for Saturday’s race.

He participated in Saturday morning’s qualifying session and was 25th-fastest but will have to start the race from the rear of the field due to the driver change.