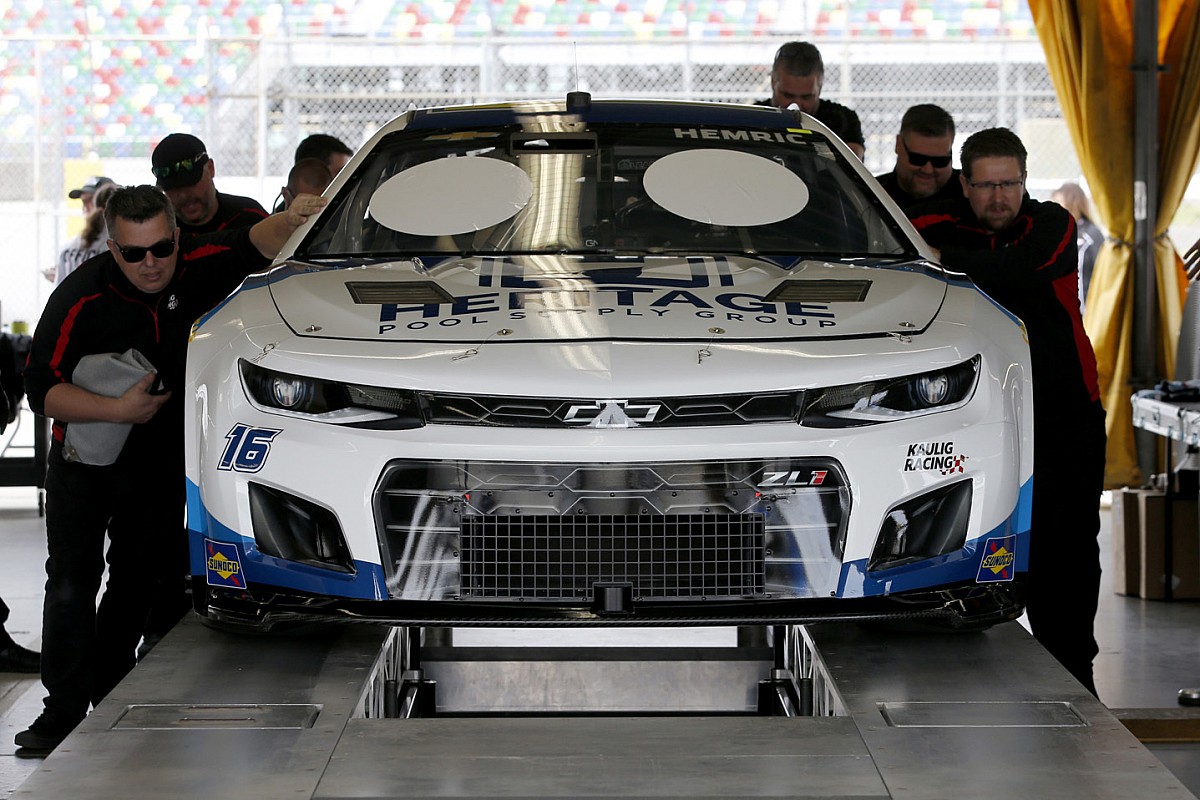 Hemric, who is driving Kaulig Racing’s No. 16 Chevrolet, failed three times. He will start from the rear of today’s race (he was going to start 33rd), the team had a crew member ejected (car chief JD Frey). Hemric will also have to serve a pass-through penalty on pit road after taking the green flag.

Briscoe, who drives Stewart-Haas Racing’s No. 14 Ford, failed inspection twice. He will start from the rear of the field (he was going to start ninth) and his team also had a crew member ejected (engineer George Spencer).

Both Jacques Villeneuve (engine change) and Joey Logano (backup car) will also have to start from the rear of the field.