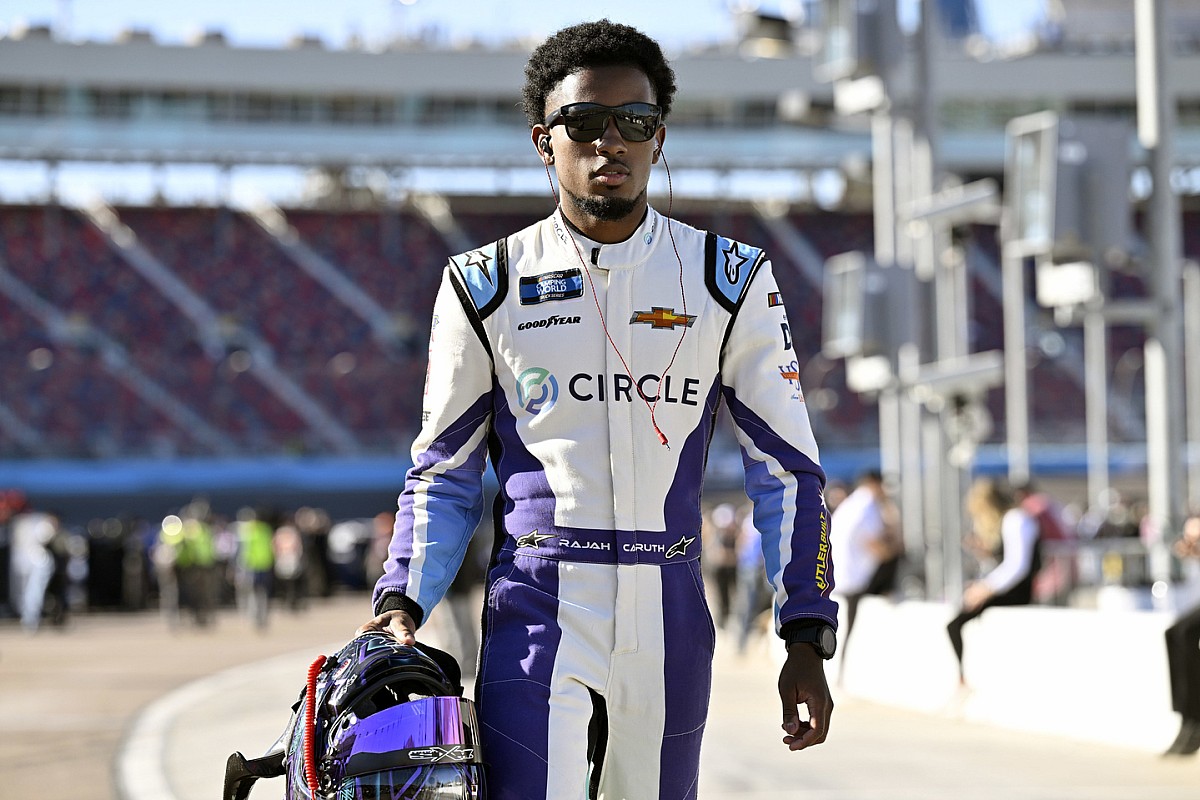 GMS Racing announced Tuesday that Caruth, 20, will compete fulltime in the Camping World Truck Series in 2023, driving the organization’s No. 24 Chevrolet.

Caruth is coming off his first season of fulltime competition in the ARCA Menards Series where he drove for Rev Racing and finished third in the series standings. He ended the year with eight top-five and 14 top-10 finishes, with a career-best finish of second at Kansas.

He also made 11 combined starts in the Xfinity and Truck series in 2022.

“I’ve been waiting for an opportunity like this throughout my whole career, and I’m going to do the best in my power to make the most of it,” Caruth said. “First and foremost, I can’t thank everybody at GMS enough for believing in me and believing that I have what it takes to drive one of their trucks.

“Same goes for everybody at Chevrolet for their support, we truly wouldn’t be able to make this happen without them. Specifically, I wanted to thank the Steward and Scott families as well, for their belief in my family and I, not just academically, but they have played a huge role in my career as well.

“Lastly, I have to thank my family – my mom, my dad, and my little sister; I have the greatest support system there is, and they all help me so much. Next year is going to be a pivotal point in not just my career, but my life as a whole, and I can’t wait to show everyone what we’re capable of.”

Backing from the Wendell Scott Foundation

Serving as Caruth’s primary sponsor for the 2023 campaign will be the Wendell Scott Foundation, which was inspired by NASCAR Hall Of Fame member Wendell Scott Sr.

The foundation aims to provide resources and services to underprivileged African-American youth communities near Scott’s hometown of Danville, Va. Caruth was the recipient of the Wendell Scott Trailblazer Award in 2021 for being an outstanding diverse ambassador for the sport; highlighting his performance, sportsmanship, and community service efforts.

Growing up in Washington, D.C., Caruth found a passion in racing at a young age, starting with sim racing on the iRacing platform. He joined the Drive for Diversity program at age 16 and has competed in Legends Cars, Late Models, ARCA East and most recently the ARCA Menards Series.

“Rajah’s a sharp kid; I’ve seen his work ethic and attention to detail he brings to the race track, and I can tell that he’s hungry. He just started driving a few years ago, so to see how far he’s

been able to grow in such a short amount of time has been pretty remarkable,” said GMS Racing president Mike Beam.

“He’s built himself a good name in the garage area and is someone that people like to be around, so he’ll be able to soak up some mentorship lessons from experienced drivers, which should go a long way. I’m excited for him.”

Caruth will join veteran Grant Enfinger and Daniel Dye – who competed with Caruth in ARCA this past season – in completing GMS’ three-driver lineup in Trucks for the 2023 season.