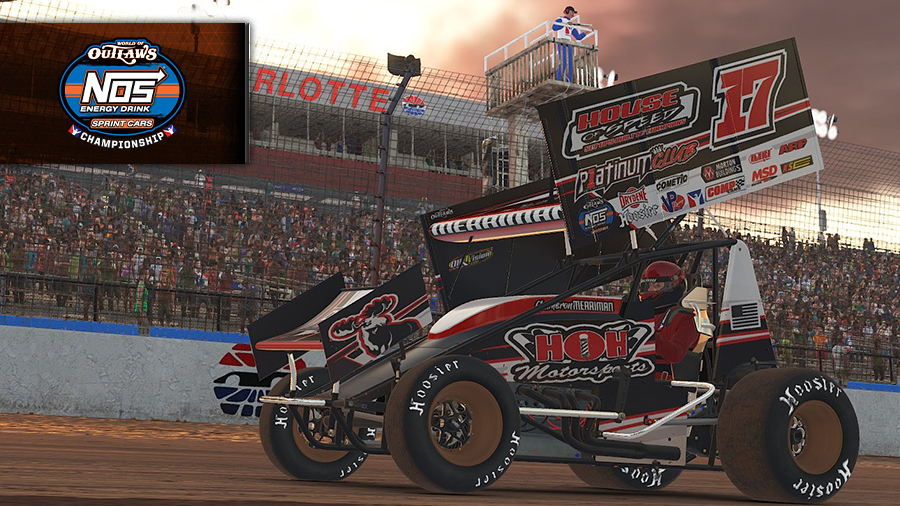 The third time was finally the charm for Cameron Merriman to take home an iRacing World of Outlaws NOS Energy Sprint Car Series race win at The Dirt Track at Charlotte Motor Speedway. After crashing from the lead coming to the white flag two weeks ago at Fairbury, and taking contact that dropped him from first to fourth on the final restart at Weedsport, Merriman rocketed to the lead early in Monday night’s feature and never looked back, only easing off from the huge advantage he had built in the final laps to keep it clean across the finish line.

This was no ordinary win, though. After coming into the night with a 13-point lead over Alex Bergeron in the series standings, Merriman’s victory ensured that he would be the person to end Bergeron’s three-year championship streak, and end the season by taking home more than $10,000 of the $25,000 series purse. 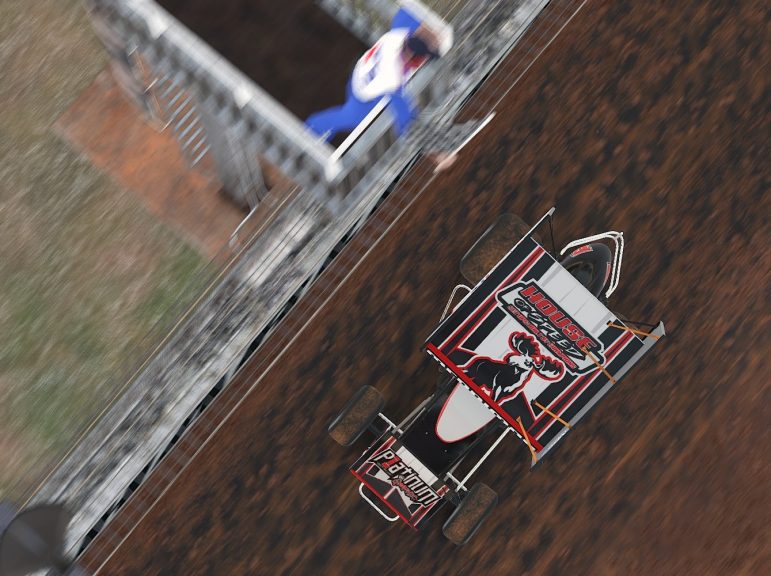 “It’s surreal—I can’t believe it,” Merriman said after locking up the race win and title. “This season was a mixed bag of opportunities, and the last few weeks have been grueling. It was insanely challenging to get back on the horse after Fairbury, and we couldn’t quite seal the deal at Weedsport with a tough restart. The caliber of talent of drivers this season may have been the highest it’s ever been.”

Hayden Cardwell, who won last week’s race at Weedsport after making contact with Merriman, and polesitter Blake Matjoulis completed the podium after swapping second and third late in the race. Bergeron recovered from a disappointing qualifying run to finish third in his heat and jump from ninth to fourth in the feature and hang onto second place in the championship standings. 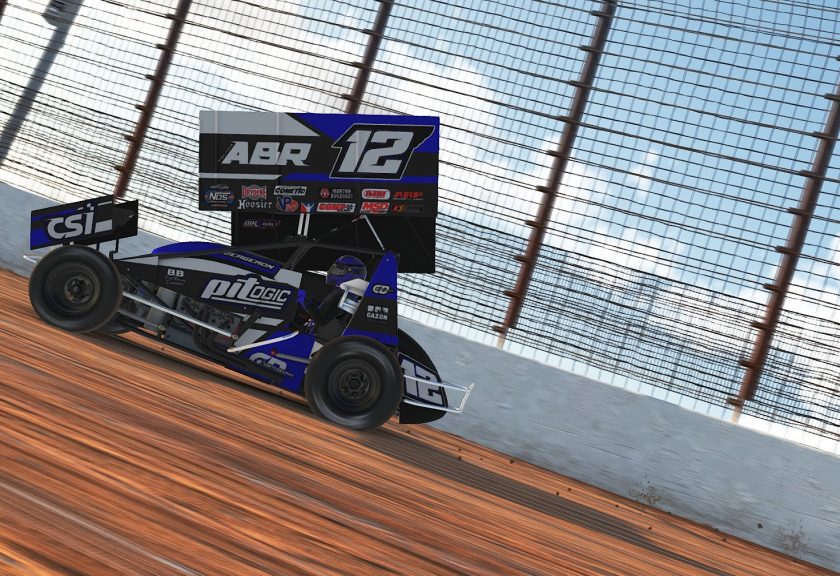 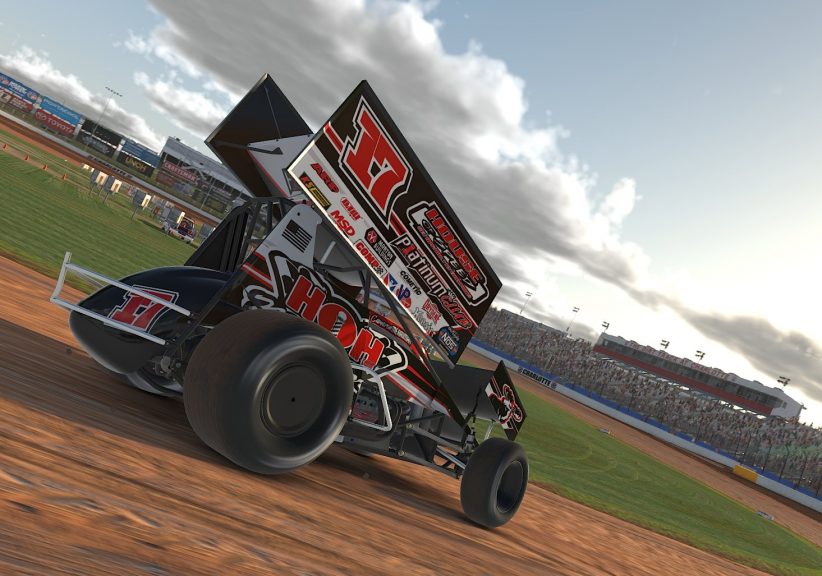