Byron is out of the NASCAR playoffs but “here to stay” 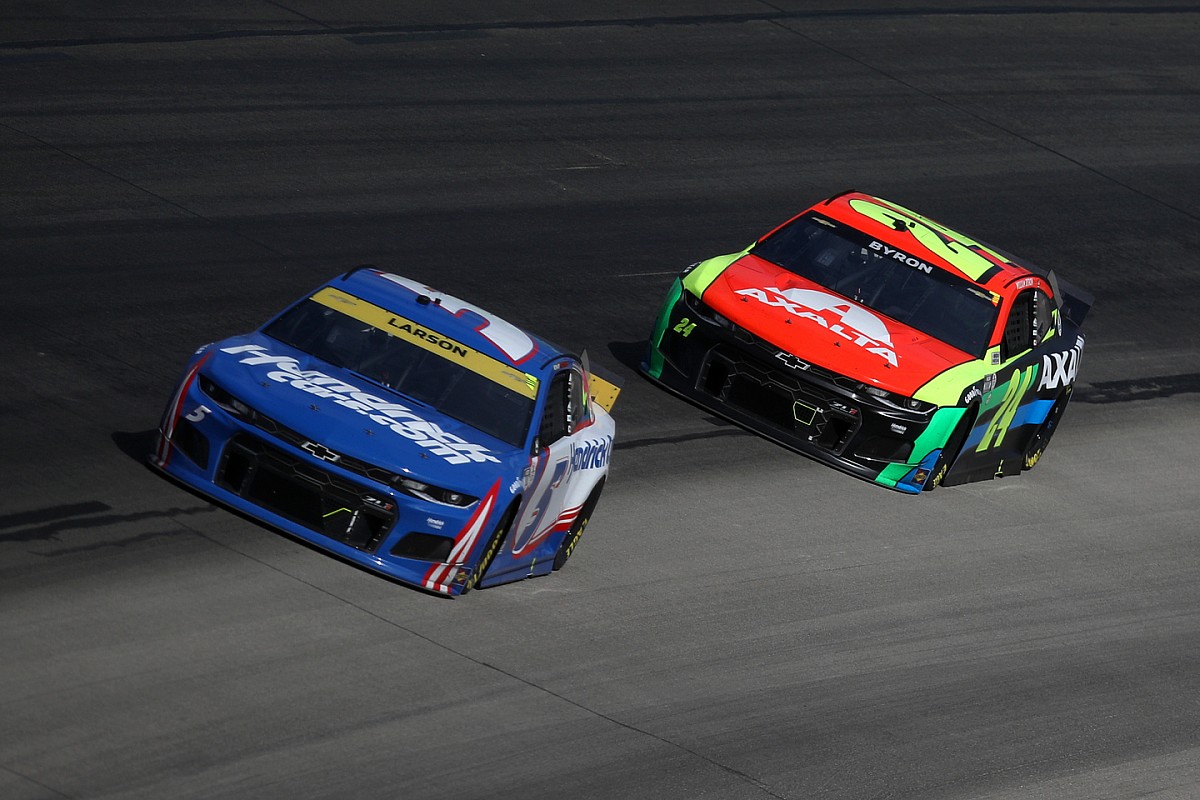 Byron and his No. 24 Hendrick Motorsports team were eliminated from the 2021 playoffs following last Sunday’s race at the Charlotte Roval, but they showed no signs of slowing down at Texas Motor Speedway.

For the vast majority of Sunday’s race, Byron proved to be one of the few drivers who could keep pace with his HMS teammate, Kyle Larson, who won for the eighth time this season and led 256 of the 334 laps”

“Our Chevy was fast all day. We just never quite got control (of the race),” Byron said. “I think (Larson) was definitely better than us in that first stage. And then I was right there with him the rest of the time.

“Then, it was just clean air, basically. Just control of the lanes. It’s all about the push. But congrats to those guys. Kyle really deserves it. They’ve been awesome all year and flawless on pit road; and pit calls and everything.

“Our team is right there and I think we’re building something really good for years to come.”

Larson stated after the race that his primary concern on staying out front and winning the race was finding ways to fight of the repeated charges from Byron on restarts.

“I was more just thinking about William and how I’m going to beat him because I felt like he was the only guy that really had a car capable of passing us in the lead,” Larson said.

“I mean, even all race long on all the other restarts and throughout those 50-, 60-lap runs, I was just trying to make notes in my mind of what he was doing behind me, how he was trying to figure out how to make runs and stuff.”

While Byron, 23, has just one win this season – early in the year at Homestead, Fla. – but the team has seemed to have upped its performance in recent weeks.

Byron led 30 laps at the Roval last week and 55 on Sunday – two of his three highest totals of the year. His runner-up finish Sunday was also his third of the season.

“Yeah, we’re here to stay. Rudy (Fugle, crew chief) is going to be in it for a long time, I feel like, and we’ve got a good team; a good young team, myself included,” he said.

“I feel like we can do a lot of good things. I saw that last week. Just didn’t finish it off with the contact there, but yeah this week we had a pretty good run and had a shot at a win.”