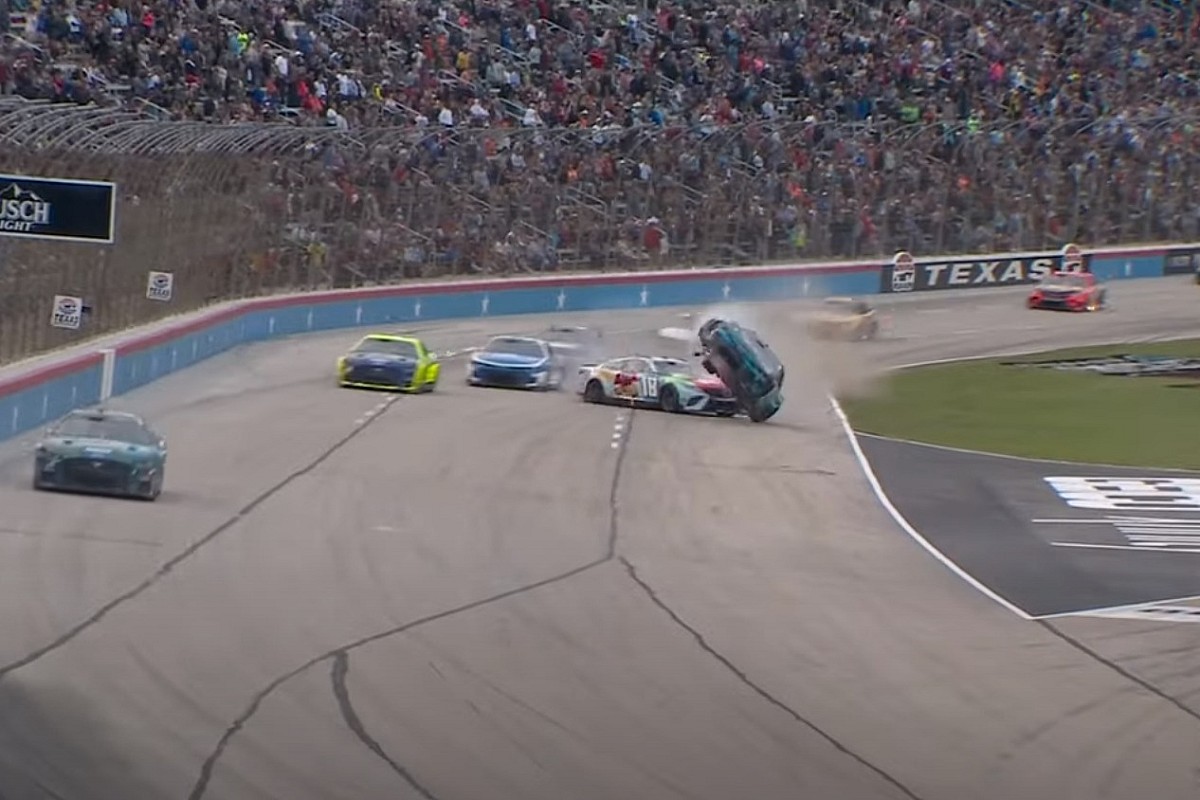 Kyle Busch dominated the 2022 All-Star Race from pole position until he cut down a right-rear tire and slowed in front of the field.

As he tried to get off the racing surface, a fast-approaching Ross Chastain ran over the back of the No. 18 Toyota and went airborne for a brief moment. Chastain, now out of control, crashed into Chase Elliott as his car careened into the outside wall.

All drivers were checked and released from the infield care center.

“Just got a flat tire out of Turn 4, right rear is flat,” explained Busch. “Unfortunate for our guys, everybody at Joe Gibbs Racing. We had a really fast race car, a great race car. Led all the laps up to that point, obviously. Disappointing to not be able to finish it out and go race for the million bucks.”

The No. 1 spotter Brandon McReynolds, who was focused on Chastain’s battle for position with Ryan Blaney, did not call out the slowing car in time.

“Felt like the driver of the 1 car chose the wrong lane to go,” said Chastain. “Our car was tight all night and we were just managing the tightness. Saw Kyle (Busch) have an issue like a tire down and I guessed left when I should have guessed right. Big hits. Big hit into Kyle. Didn’t think the wall would hurt as bad as it did when I did hit (it).

Elliot was also eliminated from the race and was frustrated in his failure to avoid the crash.

“I saw the No. 18 (Kyle Busch) had a problem; and then I saw the No. 1 (Ross Chastain) hit him really hard,” said Elliott. “I just didn’t give him enough room. I knew he was going to go straight; I just didn’t realize he was going to go that far right that quick. I just kind of misjudged it. It was really avoidable on my end. I just kind of messed up and didn’t get the gap shot quick enough.

“Hate it. I thought our No. 9 NAPA Auto Parts Chevy was surprisingly pretty good for me and Texas (Motor Speedway), so I was pretty excited about it; looking forward to getting going and seeing what we had here towards the end. I thought we were sitting in a really good spot with strategy and things like that. We’ll try again next week.”