Buescher loses out on Daytona win: “This one stings a lot”

Buescher had grabbed the lead on Lap 157 of the originally scheduled 160-lap race and remained out front when a late-race, multi-car wreck brought out a caution and sent the race into a two-lap overtime.

Buescher chose to restart on the high lane but when the race restarted, Corey LaJoie gave Ryan Blaney a big shove in the bottom lane, which allowed Blaney to clear for the lead.

Buescher tried to recover to make another run on Blaney but his chance was cut short when another big wreck on the final lap ended the race under caution with Buescher in second – and out of the playoffs.

“It hurts. This one stings a lot,” Buescher said. “At the same time, appreciate everybody at Roush Fenway Racing. Wanted to get that one for so many different reasons.

“To miss that playoff spot by one spot, that’s a tough ending to a day. Proud of this group. Proud of the car we brought. I’m sure I’ll play it back and find something else different again.

“Top line wasn’t as organized on that start. The bottom, they were digging. We were fortunate to get back to second.”

As it turned out, Saturday night’s regular season finale ended up one of the best performances of the season for Roush Fenway Racing. Buescher’s teammate, Ryan Newman, finished fourth and both cars escaped the wreck-marred race largely unscathed. 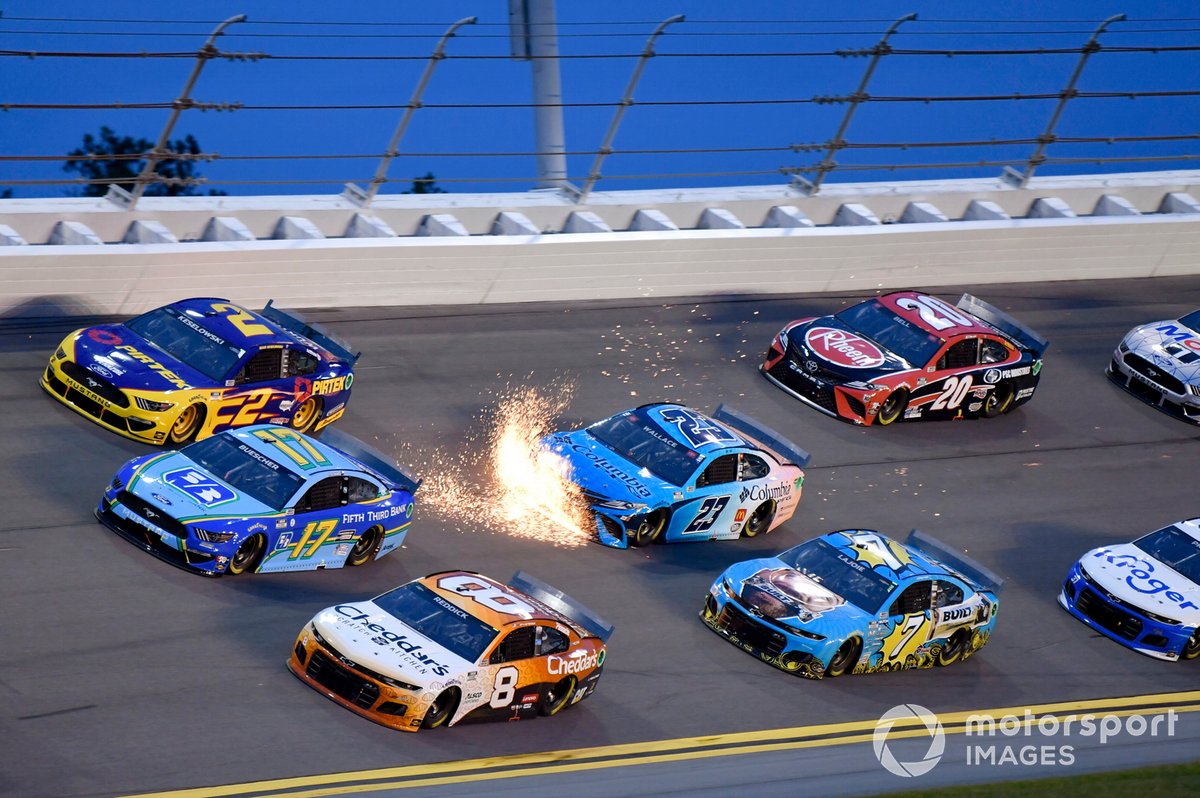 Buescher ended the regular season 16th in points but there were two drivers – Michael McDowell and Aric Almirola – who are lower in points but had wins which locked them in the playoff field.

Buescher said he tried a more aggressive approach in Saturday night’s race hoping it would pay off – and it nearly did.

“I think that was what we had to do, we had to be more aggressive on the blocking side. We’ve been aggressive with making moves, not protecting them. We did that today,” Buescher said.

“Back bumper, this thing, it’s rough, I know that. It’s just become a part of this speedway race. The more film you go back and watch the more I realize that’s where we’re getting beat.

“I thought we got the initial jump well. Just didn’t have the help behind us to push us beyond that front row and get in front of (Blaney).”