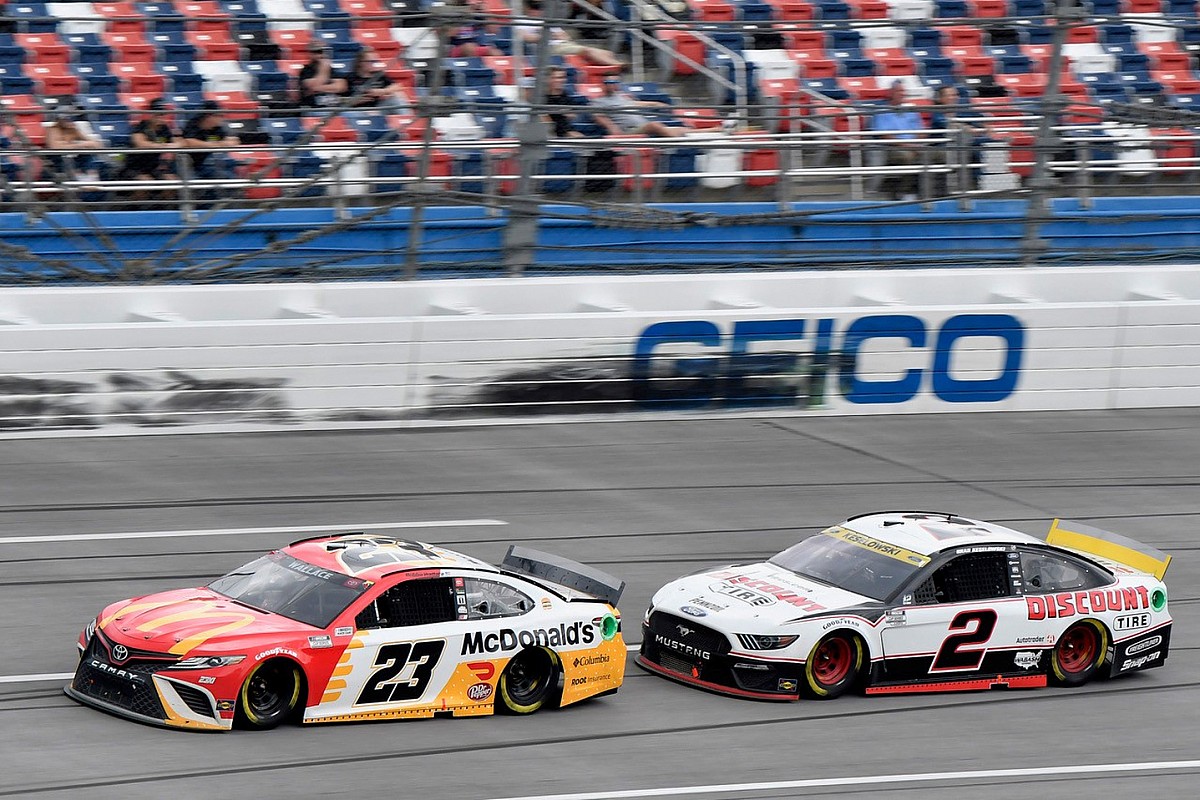 After a stoppage and a futile attempt to dry the track, NASCAR called it after 117 of 188 laps.

Bubba Wallace was declared the race winner, earning his first victory at the Cup level and making history in the process. The Alabama native is the first African-American racer to win at NASCAR’s premier level since Wendell Scott in 1963.

“Part of me was just sitting there waiting during the delay saying ‘it’s not over with.’ If we go back racing, fine, we’ll just put ourselves in position,” Wallace said. “There were so many cool fans behind our pit box just cheering for us while it rained, so that amped up the intensity a little bit. Man, I’m just so proud of everyone at 23XI Racing – a new team coming with a win late in the season. It reminds me a little bit of 2013, waiting so long to get that first Truck win.

“I know a lot of history was made today I believe, which is really cool. But it’s about my guys, it’s about our team. It’s about what we’ve done. I appreciate Michael Jordan, appreciate Denny (Hamlin) for believing in me and giving me this opportunity. It’s pretty fitting for it to come here at Talladega.”

Asked what it meant to be just the second African-American driver to win a Cup Series race, Wallace said: “I never think about those things. When you say it like that, it brings a lot of emotion; a lot of joy to my family, fans and friends. It’s pretty damn cool. Just proud to be a winner in the Cup series.”

It’s the first victory for 23XI Racing, and Crew Chief Bootie Barker as well. Barker took up the CC position for the No. 23 team less than one month ago and has never won in nearly 500 races atop the box.

It also marks an incredible weekend for the sport with a first-time winner in each of the three national divisions at Talladega. Tate Fogleman won the Truck Series event, followed by Brandon Brown in the Xfinity Series.

Hamlin, who is safely in the next round after his Las Vegas win, drifted to the back of the pack as the field went three-by-three in the early laps.

Larson was able to take the lead with help from Wallace and Truex before a train of Fords prevailed on the inside line.

The field slowed for a competition caution on Lap 25 with Custer leading the way.

Harvick won the race off pit road as Elliott narrowly avoided Ware in a close-call exiting the pits.

The race went back green on Lap 30. Kurt Busch pushed Truex out ahead of Harvick, before taking the lead himself. The lead would be swapped back-and-forth with Keselowski and Hamlin taking charge late in the stage.

McDowell fell off the lead lap after losing the draft due to an unscheduled stop for fender damage. He got the free pass at the end of the stage.

The field finally calmed down and went single-file with 15 laps to go in the stage, but that did not last long. Preece would take the lead from Keselowski just three laps prior to a stage-ending crash.

Justin Allgaier lost control after a bad bump from Byron, spinning up into Larson and also collecting Briscoe. Buescher would spin in the chaos as well, but the rest of the field avoided the wreck.

Stage 1 would end under caution with Buescher taking the third stage win of his career. He was followed by Logano, Keselowski, Harvick, Blaney, Reddick, Elliott, Chastain, Kurt Busch and Bowman.

Once again, Harvick won the race off pit road but was forced to pit a second time due to a tire issue.

After extensive repairs, Larson returned to the race but expressed concern about the right front tire. He believed the tire would let go if he tried to run at full speed, and that is exactly what happened. A few laps after the restart, the caution flag flew again for debris from Larson’s car as he blew the right front tire.

The entire field pitted for fuel during the yellow. However, it then started to rain and the race was red-flagged for almost 20 minutes.

The field again came down pit road for a splash of fuel before the restart. Haley and LaJoie led the way as the race went back green on Lap 76.

Just as the race passed halfway and became official, Bowman spun off the nose of Stenhouse while battling for the race lead.

Bowman slammed the outside wall and collected several drivers. Kyle Busch, Chastain, Reddick, Truex and Preece were among those involved. McLeod, Bilicki, Ware and Davison also got a piece of it as they tried to slow down for the accident.

Once the race went back green, the intensity picked up as rain again threatened the track.

Bubba Wallace moved into the race and had to defend against Team Penske as both Keselowski and Logano.

Suddenly, Preece got turned into the outside wall. He collected both Byron and DiBenedetto, and the caution flag was displayed.

And then it rained. The race was red-flagged once more, this time with Wallace leading the way.