Wallace kicked off the weekend winning the pole for Sunday’s race – the first for 23XI Racing, which is co-owned by NBA legend Michael Jordan and NASCAR Cup Series driver Denny Hamlin.

He followed that up with a strong performance in the race, leading 23 of the 200 laps and put himself in contention for the win late in the race.

Kevin Harvick had stayed out on the final caution and deftly held off Wallace and Kyle Larson on a wild restart with 35 to go. Harvick cleared for the lead and built up a sizeable advantage before beating Wallace to the checkered flag by 2.903 seconds.

“I’m just replaying everything I could have done,” Wallace, 28, said. “Took the top (lane) there on the restart. Thought I could hang with (Harvick), and just got to racing (Larson) and (Joey Logano). And (Logano) did a good job of getting another Ford contract, helping a Ford win.

“Just all in all an incredible weekend. Appreciate my team. Wished we could have got Toyota in the Victory Lane. She was fast all week, man. Just I’ll wear this one on my heart for a while. 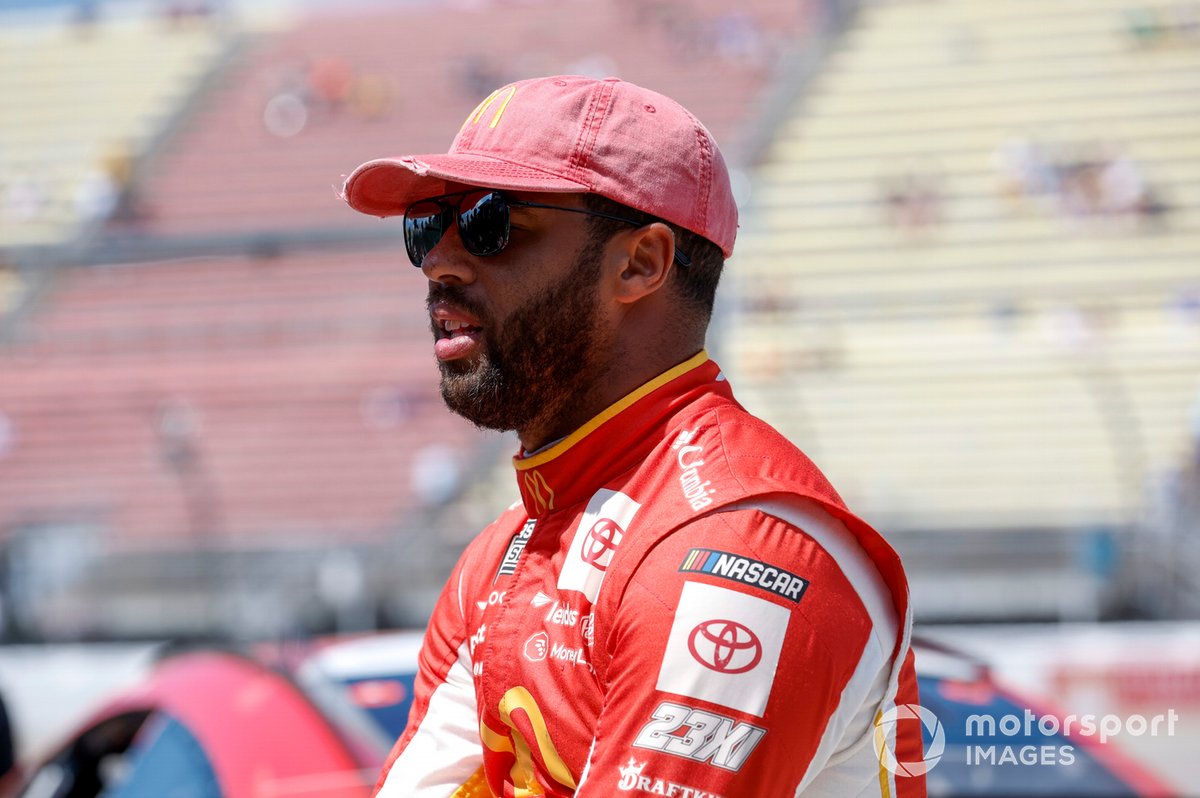 For Wallace it was his fourth consecutive top-10 finish but because of his standings in the points, anything short of a victory right now will keep him out of the playoffs.

“Just great job all weekend. It was a hell of a job for our team. There were a lot of positives from this weekend, but I’m a person that looks more at the negatives and I need to change that,” he said.

“I want to win so bad and this was the best opportunity.”

Hamlin, who had a shot at the win but was sidelined with a pit road penalty on his last stop, visited with Wallace after the race.

Asked what he told his driver, Hamlin said, “The whole 23XI team just did a phenomenal job from beginning to end and they gave him a rocket. This was a well put together weekend for all of them.

“It’s Dave Rogers. It’s Mike Wheeler. “It’s Billy Scott helping set up both of these cars. It’s just a lot of puzzle pieces that those guys are starting to do right and have good results.”