Brad Keselowski wins Duel No. 1; Grala locks himself into 500 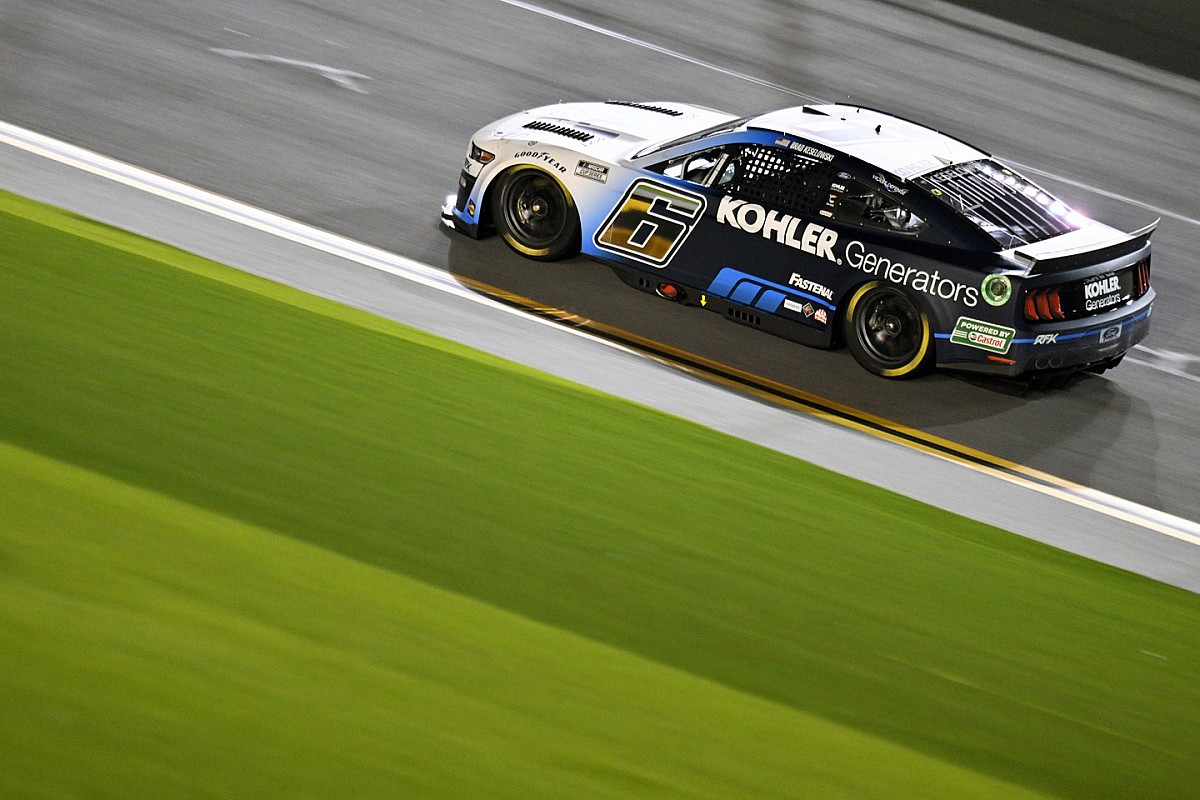 Keselowski passed Ryan Blaney for the lead with four of 60 laps remaining and held off Austin Cindric to win the first of two qualifying races on Thursday night.

“I felt pretty good about our car. I give credit to the other Fords – Ryan Blaney, Chase Briscoe, Austin Cindric – we had great strategy. We stuck together and drove away and put ourselves in position to control this race,” said Keselowski, in his first year as a driver and owner in Roush Fenway Keselowski Racing.

“It was great to see all those Fords up front. Good job to all those guys. This is special.”

Kaz Grala edged J.J. Yeley on the final lap to become the highest-finishing non-charter team and earn a starting position in Sunday’s 500

Larson started on the pole and took command early of the race.

With 50 laps remaining, Larson maintained a small advantage over Byron as most of the field had moved into a single-file train.

After 20 laps, Hendrick drivers remained in the top three positions – Larson, Byron and Elliott – followed by Suarez and Blaney.

The first group of cars – mostly Chevrolets – made their green-flag pit stop on Lap 36 and all took four new tires. Grala was penalized for speeding on pit road and had to serve a pass-through penalty.

Most of the remaining cars pit on Lap 37 and took two new tires. Once everyone had made their stop, Blaney led the way followed by Keselowski and Briscoe.

With 15 laps to go, Keselowski continued to challenge Blaney for the lead, nudging Blaney’s rear bumper several times to set up a pass.

With five laps remaining, Keselowski continued to hound Blaney for the lead while Briscoe ran third and Cindric fourth.

Keselowski powered into the lead with four laps to go bringing Briscoe with him to take over the second position as Blaney dropped to third.

Grala had to start the rear of the qualifying race due to unapproved adjustments.

Noah Gragson, who had already clinched a starting spot in the Daytona 500 based on qualifying speed, elected to fall to the back to avoid any chance of getting in a wreck.