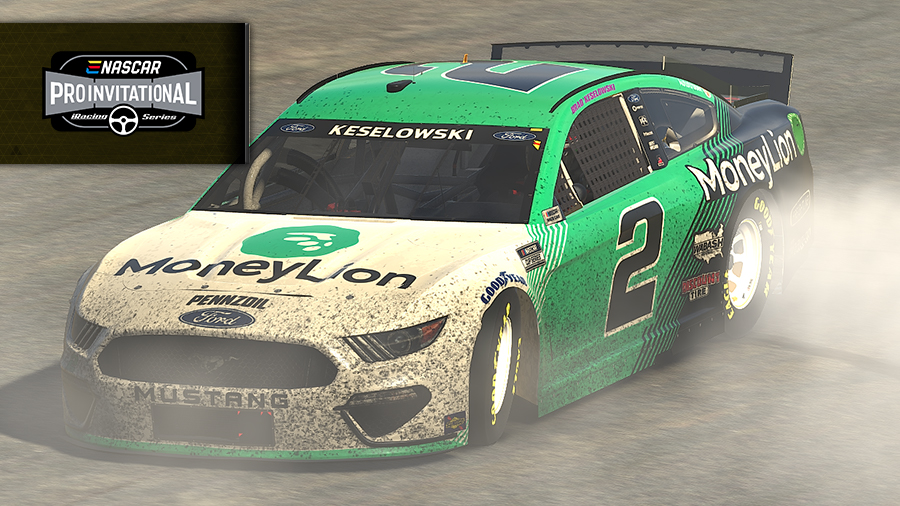 James Davison qualified on the pole and dominated almost the whole race, but former NASCAR Cup Series champion Brad Keselowski took advantage of the final restart to take the win in Wednesday’s GEICO 70, the second eNASCAR iRacing Pro Invitational Series event of 2021. Keselowski, running his first iRacing event of the year after missing the opener from Bristol, took his first Pro Invitational victory at the site of his first real-world Cup win in 2009, and will receive a $5,000 donation to his Checkered Flag Foundation on behalf of iRacing for the win.

The field quickly settled into single file racing upon the green flag to try and keep from wrecking, but a handful of wrecks peppered the early stages. Contact between William Byron and Austin Dillon led to the first yellow, while Daniel Suarez spun Clint Bowyer for the second. But the green flag stayed out through the race’s middle stages, cycling the field through green flag pit stops and ending Davison’s early stranglehold on the lead, but only briefly. 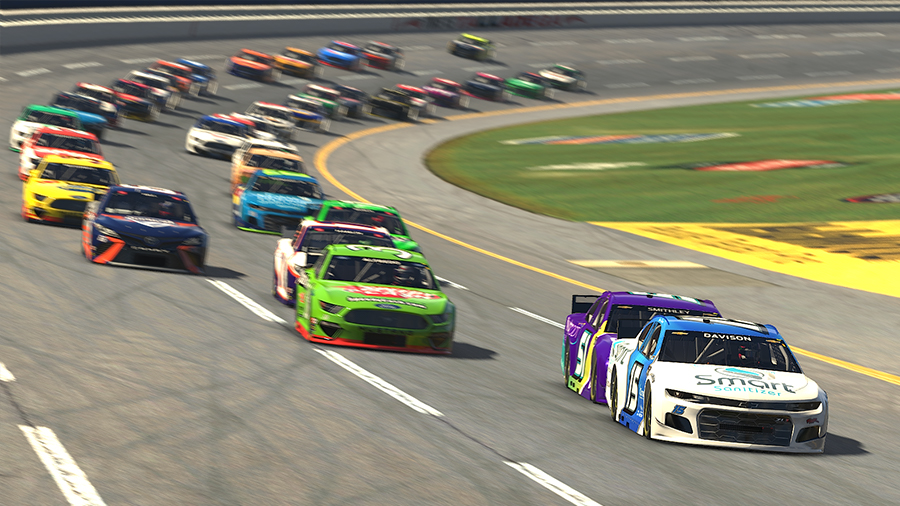 The intensity ramped up from there, starting when Corey LaJoie bumped Denny Hamlin and set off a resulting multi-car incident that also involved Kyle Larson. Those bigger wrecks began popping up in the late stages, and opened the door for the field to finally get past Davison on the final restart. Keselowski stuck to the low line as Davison went high, and when William Byron made his move on Davison, both cars dropped back. Keselowski took full advantage to hold off Christopher Bell for the victory.

Guest drivers for the night included fan vote winner Jesse Iwuji and Keelan Harvick, who raced alongside his father Kevin in the race. Iwuji was collected in multiple incidents during the night, while Harvick started from the back and got caught up in contact with Joey Gase before halfway that knocked him off the lead lap for much of the race. 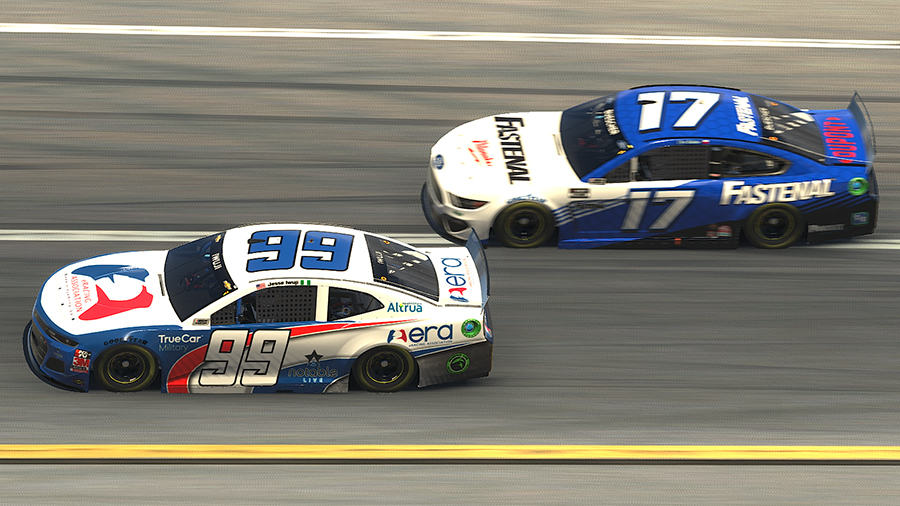 eNASCAR iRacing Pro Invitational Series results from the GEICO 70 at Talladega Superspeedway were as follows: 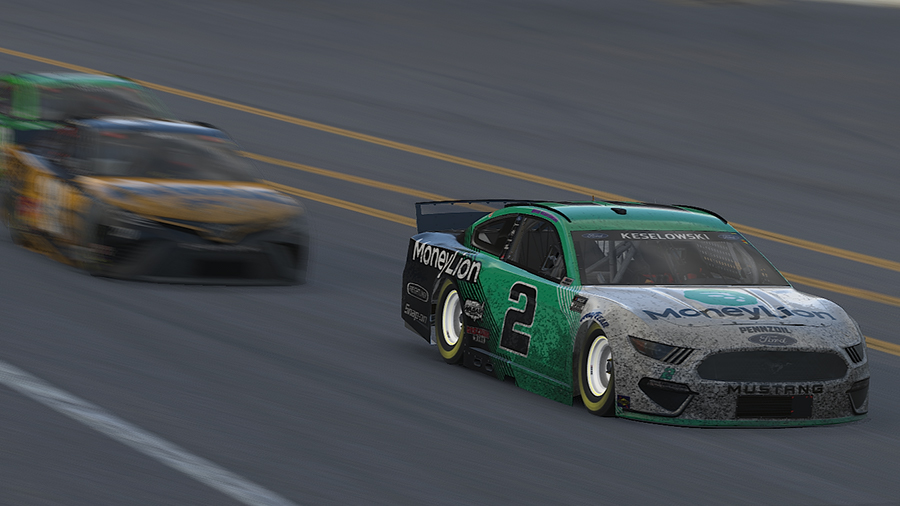 The eNASCAR iRacing Pro Invitational Series continues in two weeks with a visit to Darlington Raceway, where drivers are sure to run throwback paint schemes to reflect their real-world tributes to stock car racing’s heritage later that weekend. Coverage will kick off on May 5 at 7PM ET on FS1. For more information on iRacing and for special offers, visit www.iRacing.com.