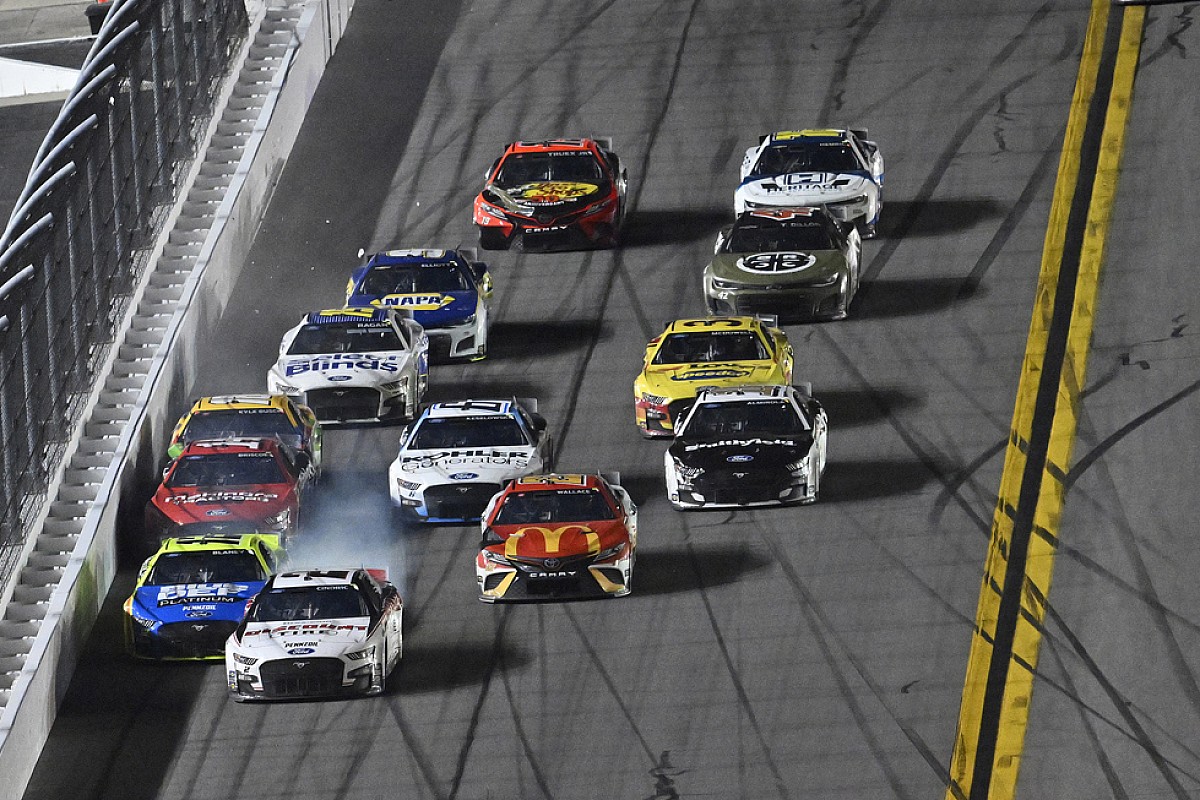 Blaney has finished second in the Daytona 500 twice.

In 2017, he ended the race just behind Kurt Busch as a driver for the Wood Brothers. A few years later as a Penske driver in 2020, he tangled with Ryan Newman before being beat to the line by Denny Hamlin. There was just 0.014s between Hamlin and Blaney at the finish line.

Now, Blaney has once again been left wondering what could have been following NASCAR’s biggest race. After pushing his rookie teammate Austin Cindric out in front of the pack, he attempted to make a pass to the outside.

Cindric blocked, contact was made, Blaney hit the wall and crossed the line in fourth-place while Cindric captured the Harley J. Earl trophy for Team Penske.

Being Roger Penske’s 85th birthday, it was a special victory for the organization. Although he was obviously dejected after seeing another 500 victory slip through his fingers, the main goal was still achieved: Get Penske the checkered flag.

“The last lap, I got good pushes on the bottom from the 23 (Bubba Wallace) and then I was able to get Austin in front and off of four where we were good enough to make a move I got blocked and I ended up getting fenced,” he explained. “I’m happy for Roger Penske, winning the 500 on his birthday. I’m happy for Jeremy Bullins and everyone that works on that 2 car.  It’s just one of those things. It didn’t work out.  We still ended up fourth, but I don’t know another perfect position we could have put ourselves in to win the race. It just didn’t work out.”

Although Blaney wanted to be the one to take the checkered flag, he intended to make sure a Penske car won either way. Just one year ago in the 500, two Penske cars were in a similar position, but when Brad Keselowski tried to pass Joey Logano on the final lap to win the race, it all went wrong. The then-teammates collided and crashed, handing the race win to Michael McDowell.

Blaney was not about to let history repeat itself in 2022.

When asked directly about Cindric’s block and if it was a fair move, Blaney didn’t have much to say. “I don’t know. Congrats to him, I guess. You’ve got to throw a block in that situation.”

Winning crew chief Jeremy Bullins went out of his way to thank Blaney for the role he played in Cindric’s victory.

“I’d be remiss if I didn’t say thank you to Ryan,” said Bullins, who spent over 160 races as Blaney’s Cup Series crew chief between 2014 and 2019. “That’s a hell of a teammate. I’ve been here with him and felt like we were going to win with him, and I can’t thank him enough for being that good of a teammate because we probably don’t win that race without him.

“I thought, green-white-checkered, we’re just going to race for it and see what happens here. It was Ryan’s idea. Like I said, hell of a teammate. I mean, the guy is awesome. Then to know you’ve got somebody back there that you can trust pushing you … he kept us out front, no doubt.”

Team Penske now has three victories in the Daytona 500, previously winning in 2008 with Ryan Newman and in 2015 with Joey Logano.