Blaney on lost shot at Indy win: “They just wipe you out” 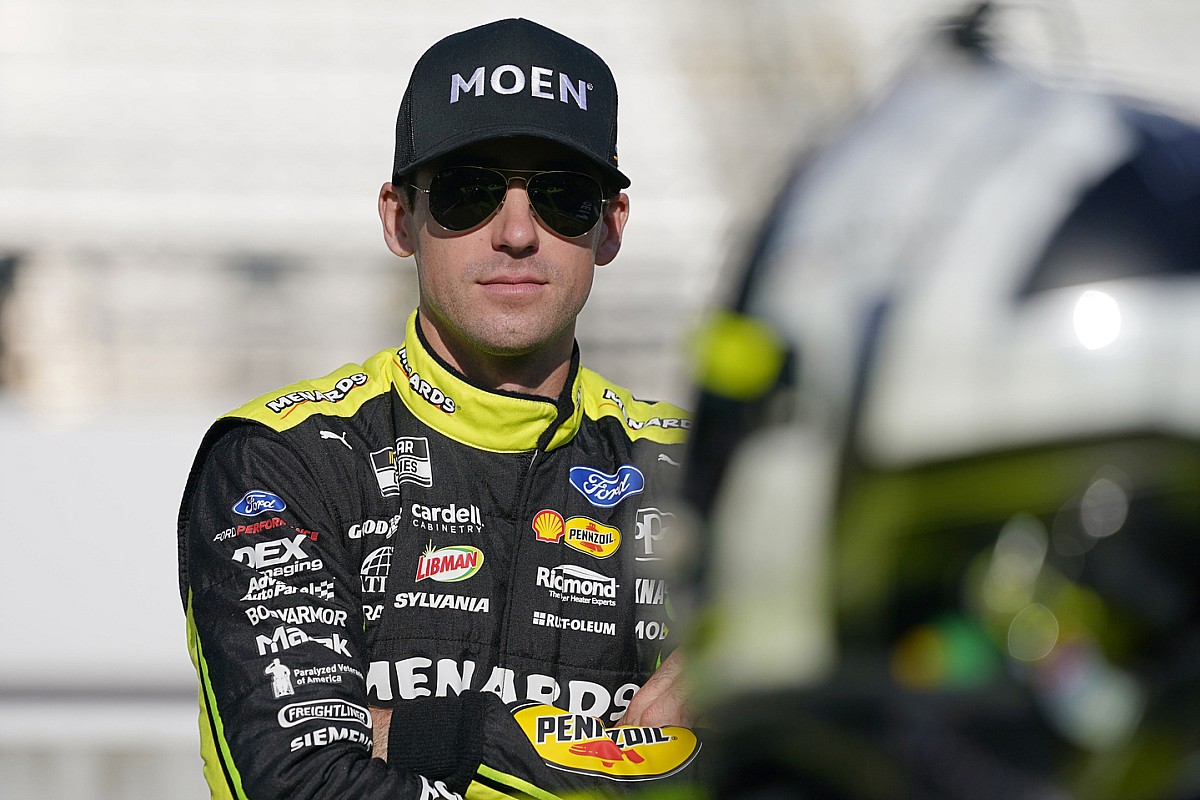 A strategy call for fuel-only on Blaney’s next-to-last pit stop put him into the thick of the battle for the win late in the race but he felt he never got a fair chance to get to eventual winner Tyler Reddick.

Blaney lined up third on the start of the two-lap overtime and as the field entered Turn 1 – which had proved to be the site of numerous incidents in the race – Blaney ended up three-wide with Daniel Suarez to his right and A.J. Allmendinger on his left.

Blaney spun off the track after Suarez, who had been hit from behind by Austin Cindric, slid into the side of Blaney’s car. Blaney then spun off the nose of Allmendinger, taking him out of contention for the race win. Before the finish, Blaney slammed into Suarez to express his frustration with the incident. He ended up with a 26th-place finish.

After the race, Blaney dismissed the suggestion his older tires may have contributed to the incident.

“No, it’s a case of just getting wrecked. That’s all people do at the end of these things, just dive in there and (expletive) wreck you,” he said. “I don’t know who shoved who and I don’t care, but tires didn’t matter at the end.

“We restarted top three both times and tires don’t really matter. It’s just a matter of getting through on the restart, but, apparently, that’s a hard thing to ask. People just run over each other.”

Restarts through Turn 1 were particularly troublesome in the race, as drivers purposely shoved their cars into situations that produced four and even five-wide racing with little chance the cars would all stay on track.

As the race drew to a conclusion, the frustration level only seemed to grow.

“They jumped over the curb and just wipe you out. I just didn’t even have a shot at it,” Blaney said. “I didn’t have a shot to get to (Reddick) to try to put the bumper to him or anything like that, just get wiped out.

Blaney remains in a precarious position to make the Cup Series playoffs. He is third in the series standings but without a win this season.

With 14 different winners already this season and still four races remaining in the regular season, it’s possible Blaney could be left out of the 16-driver playoff field despite his excellent points position.