Blaney, 28, will remain at Team Penske “well into the future,” though no specific contract length was mentioned.

Blaney has been a part of the Roger Penske’s NASCAR program since 2012, when he ran select NASCAR Xfinity Series races with the organization. It didn’t take him long to find Victory Lane.

“Team Penske has been family to me for 10 years, so I’m incredibly excited to continue with this family for the future,” said Blaney. “Roger Penske is a legend in our sport, and I’ve always said getting to drive for him is something everyone dreams of doing. On top of that, we’ve got a great group of partners with Menards, Advance Auto Parts, BODYARMOR, Wurth, Discount Tire, Dent Wizard, Wabash and Ford that have shown a lot of faith in me. I look forward to continuing to win for Team Penske, Roger and all of our partners, as we work towards our goal of winning a Cup Series championship.”

In 2016, he became a full-time Cup Series driver for the Penske-aligned Wood Brothers Racing group. The next year, he out-dueled Kyle Busch for his maiden Cup win at Pocono, delivering the iconic race team their 99th victory. 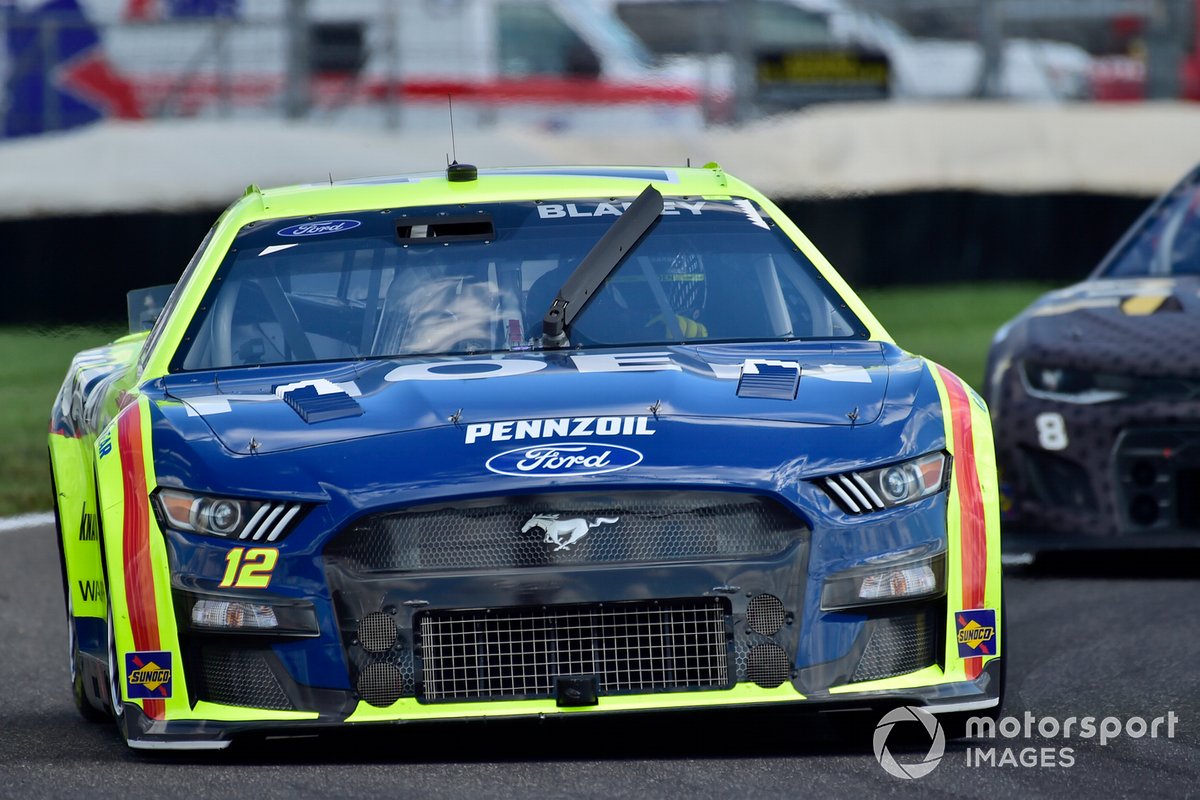 At the end of the season, he was promoted to the main Penske roster. Since then, he’s won six more races and made the playoffs every year. 2022 has been a bit of oddity. Although he remains winless after 24 races, he sits second in the championship standings. But with no wins, that puts him on the bubble heading into the final two weeks of the regular season.

Of note, he did win this year’s edition of the NASCAR All-Star Race at Texas Motor Speedway.

“Ryan has become one of the top competitors in the NASCAR Cup Series and we are excited for him to continue his career and build on his success with Team Penske,” said Roger Penske in a release from the team. “He has been a key part of our team for more than a decade and we have seen him grow and develop, both on and off the track. He has become a consistent winner behind the wheel of the No. 12 Ford, and he also does a great job representing our team partners. We look forward to what the future holds with Ryan and Team Penske.”