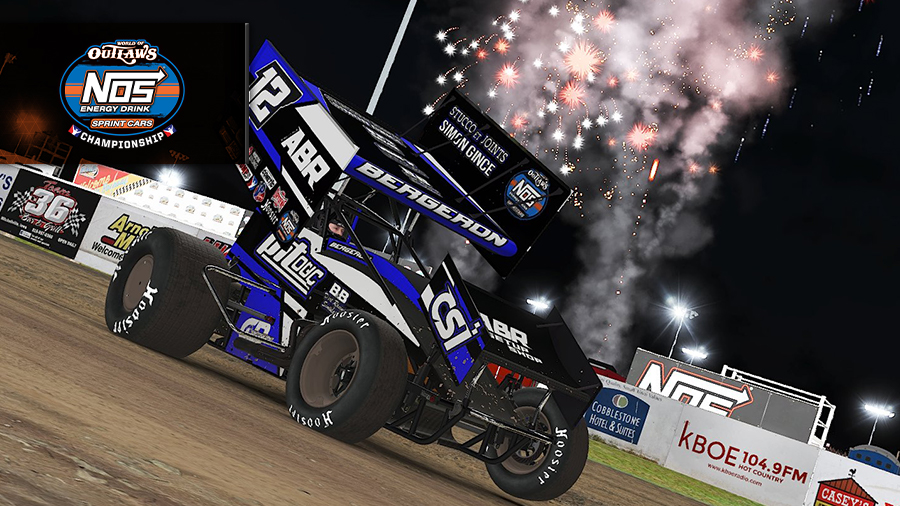 The 2020-21 iRacing World of Outlaws NOS Energy Sprint Car Series championship battle came down to an all-out war between Alex Bergeron and Hayden Cardwell over 10 rounds, with things occasionally coming to blows on the racetrack. On Monday night at Knoxville Raceway, the duo renewed pleasantries, and once again, it ended with wheels touching.

In the battle for the checkered flag, Bergeron and Cardwell made contact with just two laps to go, toppling Cardwell’s sprint car and setting up a sprint to the finish. Bergeron managed to hang on after the restart, finally taking his long-awaited first victory of the season and regaining the championship lead in the process. 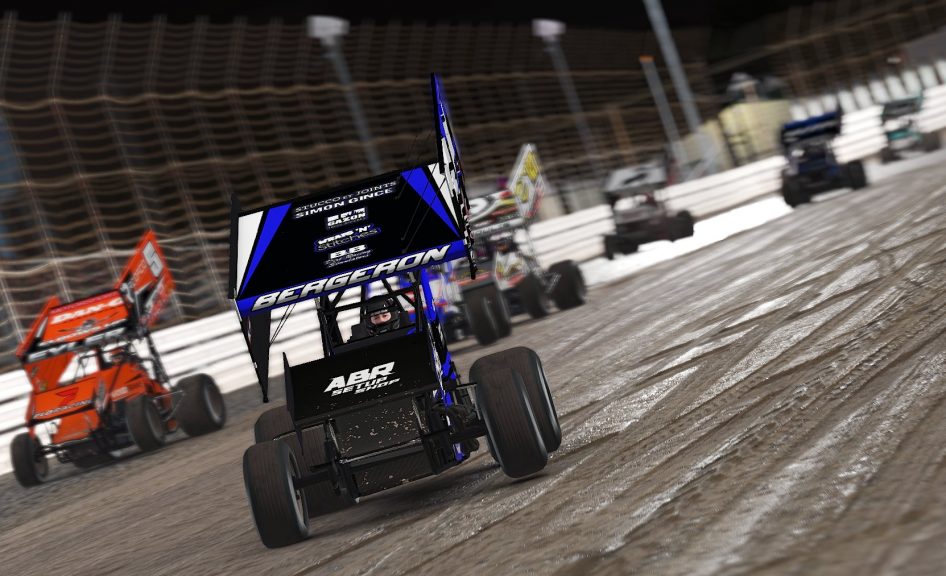 Bergeron kicked off the night by winning the first heat, while the next two heats went to the series’ two most recent race winners: Williams Grove winner Braden Eyler won the second, and Bristol and Eldora winner James Edens took the third. Cardwell scored the final heat win, while Layne Stevens and Gregory Lamey split the two last chance qualifiers. Incoming points leader Cameron Merriman would find himself with a steep hill to climb, scoring the last transfer spot in the final LCQ to start last in the 20-car field.

Just one caution would slow the race in its early stages, with Ernie Williams and Dylan Yeager both involved. Up front, it was Bergeron leading and Cardwell and Eyler battling for second, with Cardwell eventually establishing the position and reeling Bergeron back in. After their incident, Eyler would settle back into second, with Tyler Schell completing the podium. Merriman, meanwhile, would jump 14 spots at race’s end to finish sixth and keep the championship battle close. 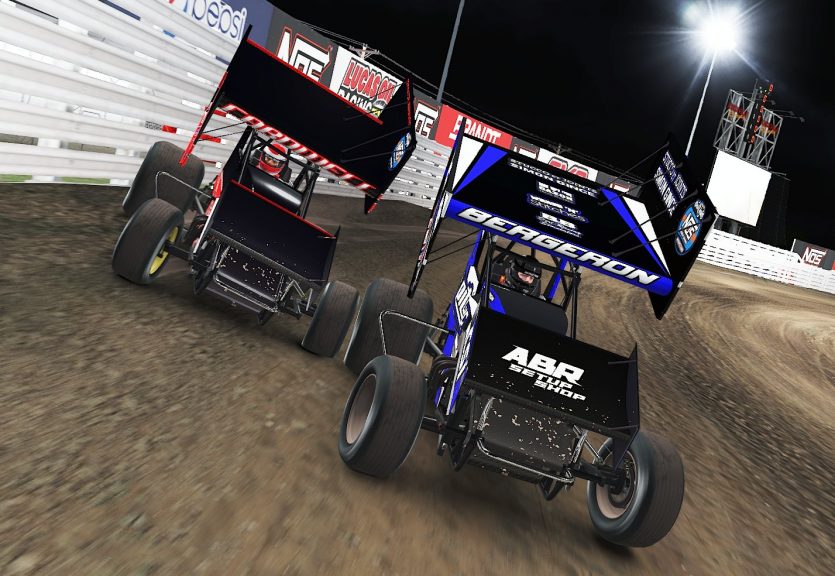 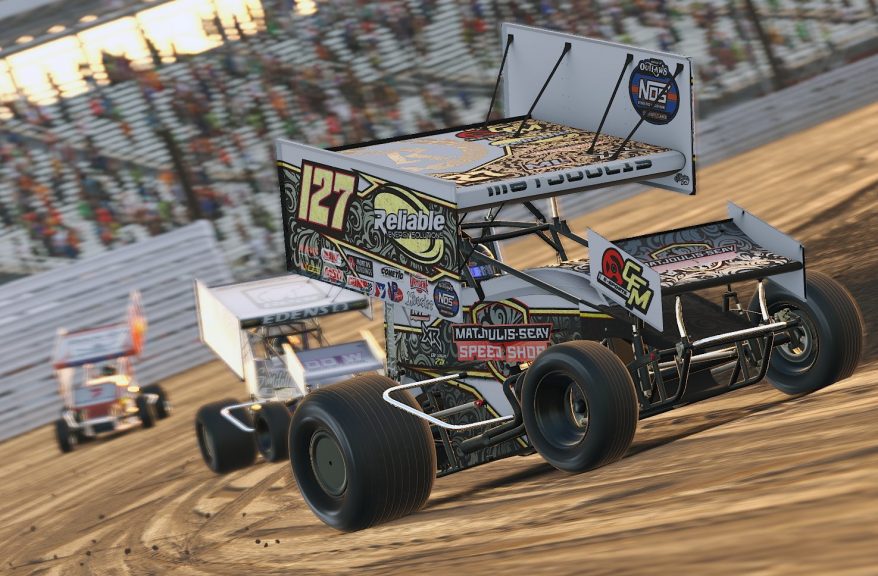 The iRacing World of Outlaws NOS Energy Sprint Car Series season resumes in two weeks’ time at Cedar Lake Speedway, where Bergeron is the defending winner. The event will stream live on iRacing social media and DirtVision on Monday, January 10 at 9PM ET/6PM PT. For more information on iRacing and for special offers, visit www.iracing.com.