Bell: “There’s more to come” after second at Road America 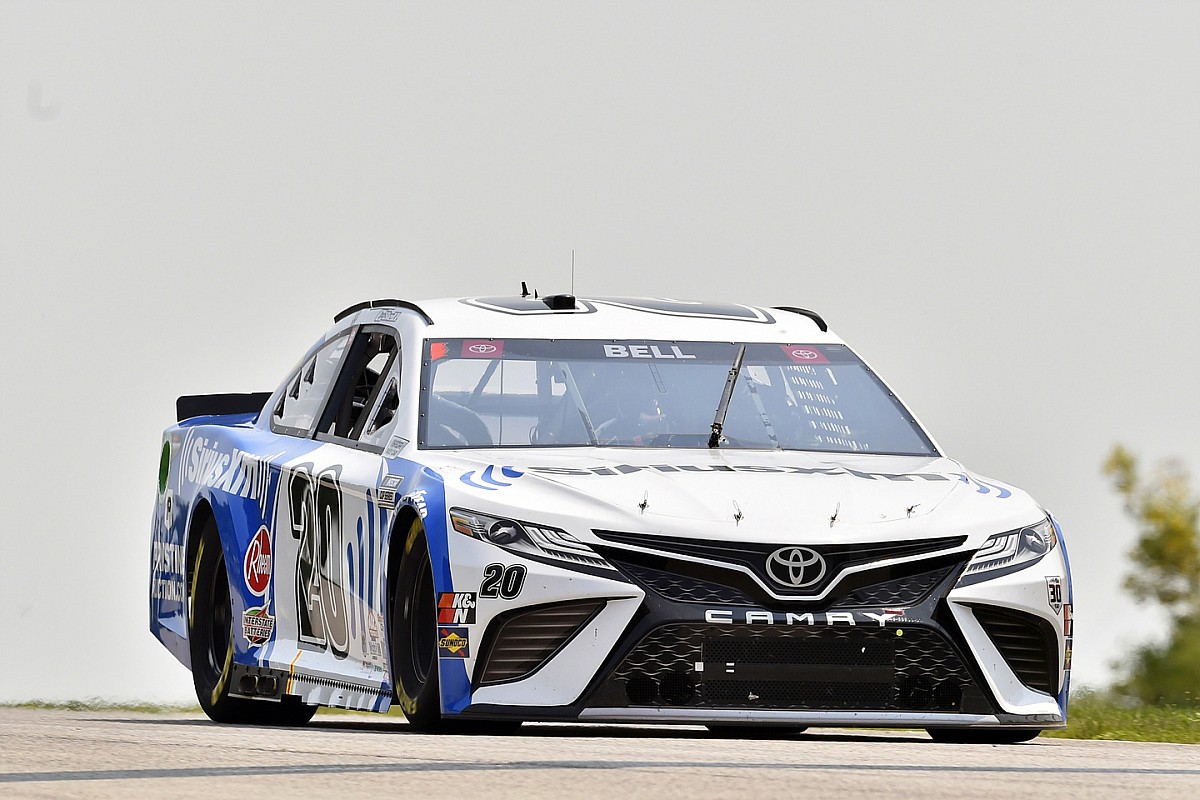 It took a long time in Sunday’s NASCAR Cup race at Road America for Bell to gain track position, in part because of a penalty he received for driving through too many pit boxes while pitting under caution between Stages 1 and 2.

But by Lap 59 of 62, Bell had worked his way up to second and in the final laps was running lap times on par with race winner Chase Elliott.

The deficit, however, was too much to make up by then.

“I think we were close, closer than anyone else was to (Elliott). That was good. At the end of the race everyone was telling me that I was matching if not a little better lap times,” said Bell, who finished 5.7 seconds behind Elliott.

“I never had track position to start up there with him and see what we had against the whole run. I’m sure he was saving a little bit (of fuel) to make sure if there was a restart there or something, but that was a lot of fun.”

Bell’s second-place finish was his first top-five since April at Richmond, Va., and just the third of the season, including his win in February on the Daytona Road Course which was also his first series victory.

In his 10 races prior to Sunday, Bell finished better than 14th just once – a ninth at Nashville (Tenn.) Superspeedway.

“It’s been a trying last two months, but we feel like we’re getting back on track. There’s no reason why we can’t be running up front every week,” Bell, 26, said.

“Last week at Pocono we had a car capable of finishing in the top-five. It didn’t happen. Besides that, Nashville we were okay. Aside from that, I don’t know, we just haven’t been very fast.

“Here the last couple weeks, I’ve been really proud of the progress we’ve made. Excited for the future. I know there’s more to come.”

All four road course races so far this season have been won by either Joe Gibbs Racing (one) or Hendrick (three) drivers.

“I wouldn’t have expected my first win to come at a road course, that’s for sure. Last year in the Cup Series, the road course races were probably my best races speed-wise,” Bell said.

“I feel like we have been bringing really good Camrys to the road courses and it’s definitely a good package for JGR right now.”