Bell rallies to fourth in tough day for JGR at Dover 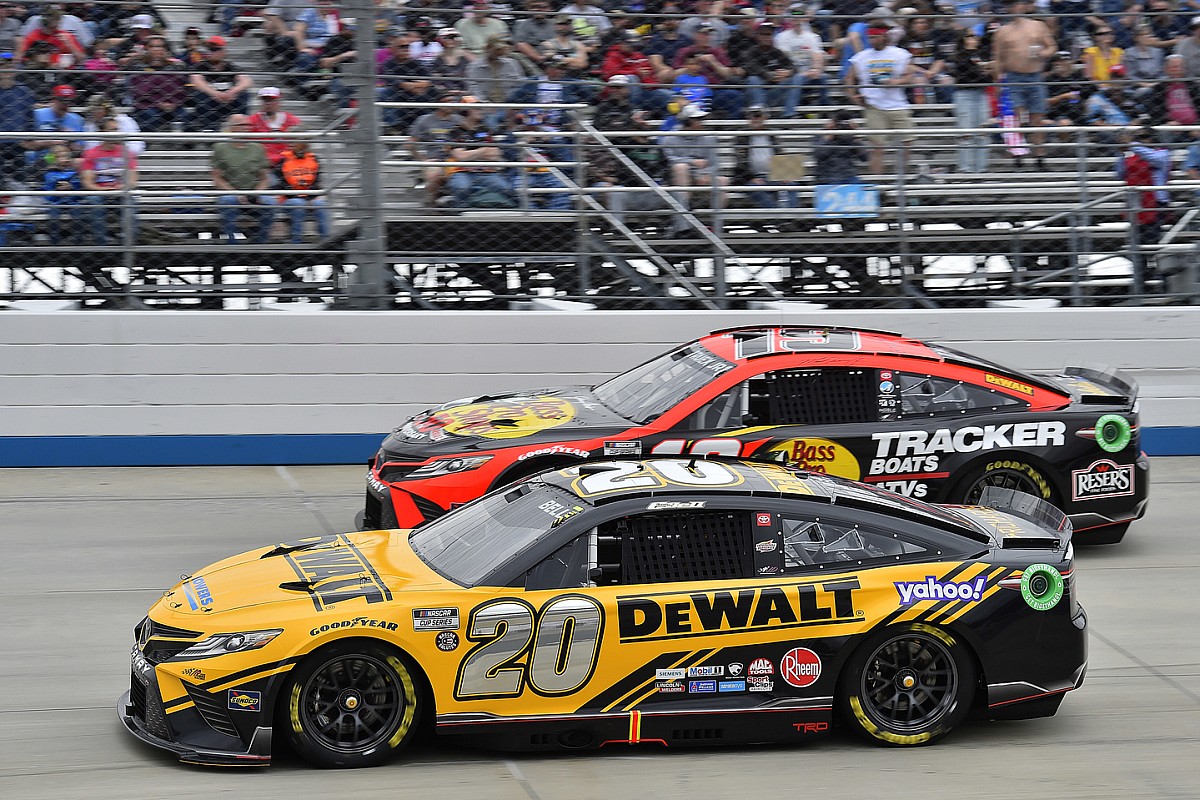 At various times throughout the start of the NASCAR Cup Series race at Dover (Del.) Motor Speedway on Sunday and then in its conclusion on Monday, Denny Hamlin, Kyle Busch, Martin Truex Jr. and Bell all appeared to have the speed needed to win.

By the end of the race, however, each had experienced circumstances which put a road block on their respective path to Victory Lane and only Bell was able to rally for a top-five finish (fourth).

Even Bell had his share of troubles, as he was forced to pit under green shortly after the start of Stage 2 for a loose wheel, which put him two laps down at one point.

Thanks to some timely cautions, Bell was able to get back on the lead lap in the final stage and rallied to finish fourth, his second-best performance of the 2022 season.

“Just very, very frustrating to have those issues and get put behind because I feel like if we could have stayed up front, we could have possibly contended for the win,” Bell said. “We were able to get back up there in that third stage, and I’ll take it.

“We didn’t qualify very well, but we were able to pick our way through at the start of the race and stay out on old tires at the beginning of the day and have a good run at the end of Stage 1.

“Week-in, and week-out we are bringing cars capable of running in the top-five and top-10, so hopefully our day is coming soon.”

Bell got the best finish of the JGR group but he was not alone with issues in the race.

Hamlin, who won Stage 1 and led 67 laps in the race, was beset by several problems. During pit stops between Stages 1 and 2, Hamlin was first off pit road but one of the wheels on his No. 11 Toyota came off.

That sent Hamlin limping around the track to make another pit stop and far back in the running order. It will also result in NASCAR issuing multiple suspensions for his team later this week.

After working his way back up to fourth, Hamlin wrecked on the frontstretch on Lap 242 while trying to avoid a spinning Cody Ware, who was three laps down at the time. Then on Lap 326, Hamlin was penalized for speeding on pit road and sent to the rear of the field. He ended up 21st and one lap down.

Busch led the most laps of the race (103) and had just kicked off a round of green-flag pit stops while leading when a caution came out on Lap 325 for a loose wheel on the backstretch that came off A.J. Allmendinger’s No. 16 Chevrolet.

Busch and Alex Bowman, who had been running up front and pit at the same time, got trapped one lap down by the caution, shuffled back in the field and had to take a wave-around. Busch did finish seventh but never found himself in contention for the win again.

Truex and his No. 19 team appeared to have the fewest issues in the race – until the final lap.

After expressing his frustration with how Ross Chastain was racing in front of him for several laps, Truex and Chastain made contact on the final lap that sent Truex’s car around.

While he had been racing for third, Truex ended up credited with a 12th place finish.