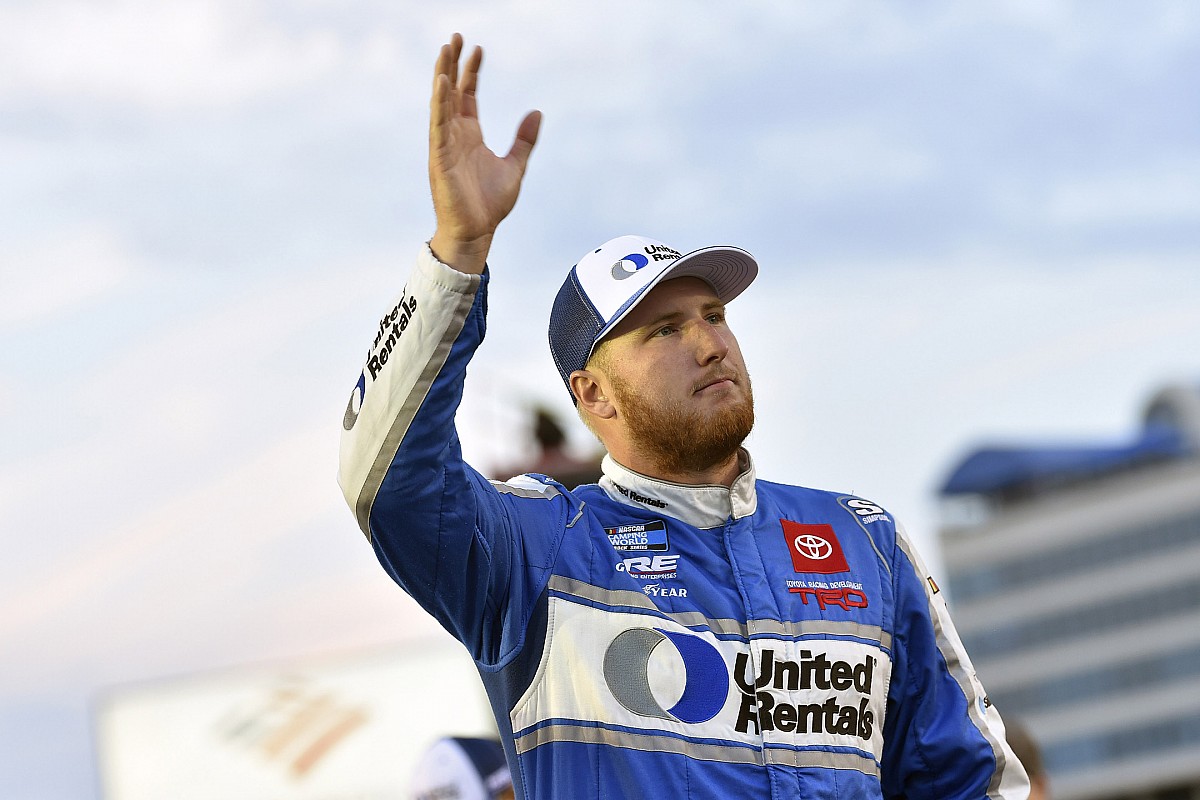 Hill was leading the way in the final stage of Saturday’s race at Watkins Glen (N.Y.) International when NASCAR was forced to halt the race due to lightning strikes within an 8-mile radius of the track.

After waiting nearly an hour and with an Xfinity Series race still to be run later Saturday afternoon, NASCAR called the race official at approximately 3:25 p.m. ET with the completion of 61 of the scheduled 72 laps.

It was the first race at the Glen for the Truck Series since the 2000 season.

The win is Hill’s second of the season – his other came at the dirt race at Knoxville, Iowa – and eighth of his career, all coming with Hattori Racing Enterprises.

“I’ve been trying to win a on a road course for a very long time, even back in the K&N (Pro Series) days. I always felt I got around the road courses fairly decent,” Hill said. “Finally, we had a race that does everything that we needed to do.

“I was biting my nails a little bit when that rain came and what was going to happen with the lightning and all that. I had a really nice piece today and we were able to go out there and get it done. It’s really special to get a win at Watkins Glen.”

Saturday’s race was also the last in the Truck Series’ regular season.

Click here to see the drivers will compete for the 2021 series championship in the seven-race playoffs.

Following the break between Stages 2 and 3, most of the lead-lap trucks remained on the track and Austin Hill led the way on the restart on Lap 50.

On Lap 54, A.J. Allmendinger got into Derek Kraus off Turn 4, sending him for a spin into the barrier which brought out a caution.

On the restart on Lap 57, Austin Hill remained the leader followed by Nemechek, Creed, Zane Smith and Tyler Ankrum.

On Lap 61, NASCAR issued a caution as a lightning strike was recorded within an 8-mile radius of the track. The field was brought down pit road and the red flag displayed.

Austin Hill reclaimed his lead after a late-stage round of green-flag pit stops and held off Nemechek to take the Stage 2 win.

Allmendinger was third, Zane Smith fourth and Creed rounded out the top-five.

Following the break between Stages 1 and 2, a handful of trucks pit but Jack Wood and Hocevar stayed out and led the way when the race returned to green on Lap 24.

Hocevar grabbed the lead after the restart and Zane Smith powered around Hocevar to move into the top spot on Lap 25.

On Lap 29, Austin Hill powered around Zane Smith to reclaim the lead as Mayer moved into second.

With 10 laps remaining in the second stage, Austin Hill had moved out to a 3.2-second lead over Nemechek as Mayer dropped to third.

With five laps to go, Austin Hill maintained a more than 3 second advantage over Nemechek. Allmendinger had moved into third after starting from the rear of the field.

A number of teams elected to pit prior to the stage break with Austin Hill among them, which turned the lead over to Nemechek.

Austin Hill moved back into the lead on Lap 44 after Nemechek made a stop for new tires and fuel.

After wrestling the lead away from Austin Hill, Gilliland held on to take the Stage 1 over Creed.

Derek Kraus was third, Josh Berry fourth and Austin Wayne Self rounded out the top-five.

Austin Hill started on the pole and was able to avoid several trucks who spun and went off track entering Turn 1 on the first lap.

Rhodes, one of the trucks involved in the initial incident, ended up pitting but then was penalized for speeding in pit road and had to serve a pass-through penalty.

On Lap 5, Gilliland got around Austin Hill to grab the lead for the first time.

Chad Chastain, making his first start in the series, went off course in Turn 1 on Lap 8 and slammed into the tire barriers to bring out a full-course caution.

The race returned to green on Lap 11 with Gilliland out front, followed by Austin Hill and Hocevar.

Christian Eckes was among a handful of trucks to spin entering Turn 1 on the restart but they were all able to continue.

With five laps remaining in the first stage, Gilliland had built nearly a 2-second lead over Creed as Hocevar ran third.

With three laps to go, Hocevar, Austin Hill were among those who elected to pit for tires and fuel prior to the break.