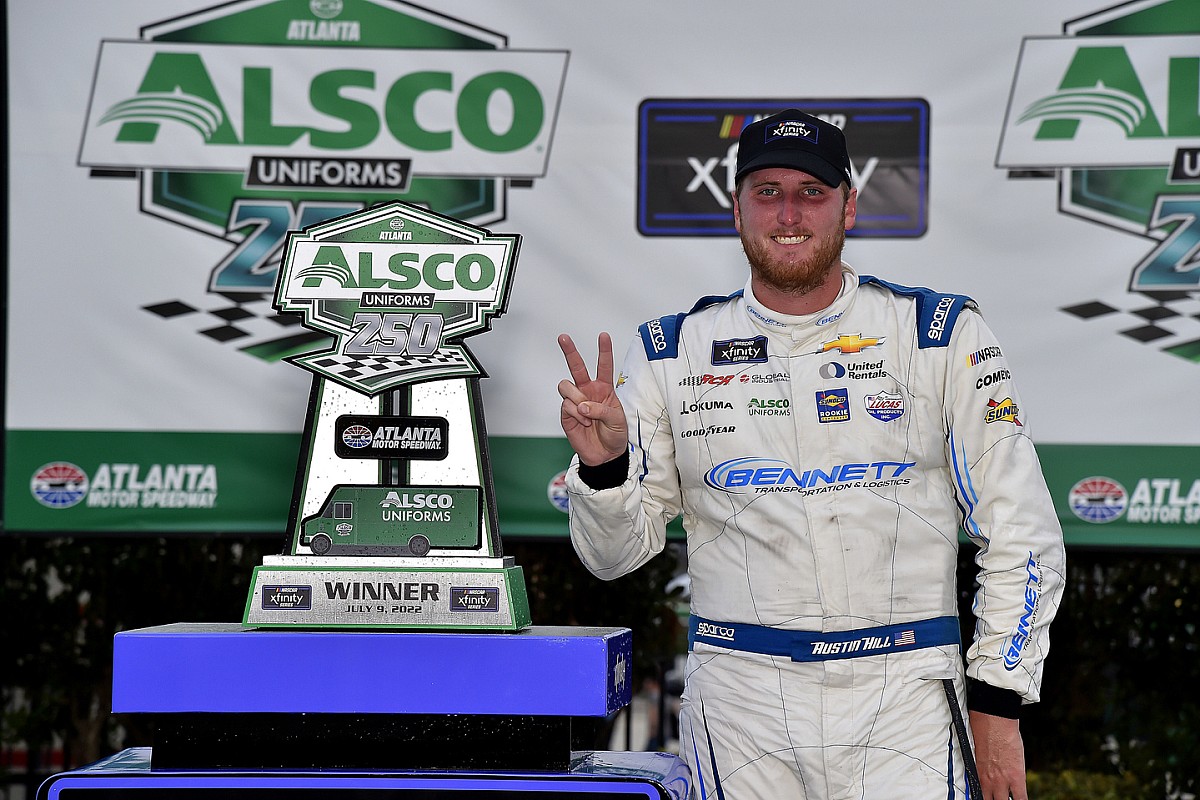 Hill, 28, will be driving the No. 33 Richard Childress Racing Chevrolet as a third entry for the team at Michigan.

It will be the first time RCR has entered three cars in the same Cup race since May, 2019 when Tyler Reddick made his Cup Series debut at Kansas. The organization is fresh off its second Cup win of the season, both courtesy of Reddick.

“As a kid growing up in this sport, getting the chance to run a NASCAR Cup Series car is the ultimate dream, especially with a team like Richard Childress Racing that has so much history and success,” said Hill, in a release from the team. “I’m so thankful that Richard Childress and everyone at RCR have so much faith in me. It will be a learning weekend, for sure, but I’ve had success at Michigan International Speedway in the past and can’t wait to take on the track’s wide, sweeping corners in a NASCAR Cup Series Chevrolet.”

Hill has already proven himself in both the NASCAR Xfinity and Truck Series.

Between 2019 and 2021, he won eight Truck races with Hattori Racing Enterprises. In 2022, he joined RCR full-time in the Xfinity Series where he’s already won twice, locking himself into the playoffs.

Now, he’ll get his shot in a Cup car with sponsorship from Bennett Transportation & Logistics. Other RCR partners also backing the endeavor include Alsco Uniforms, United Rentals, Global Industrial and Realtree.