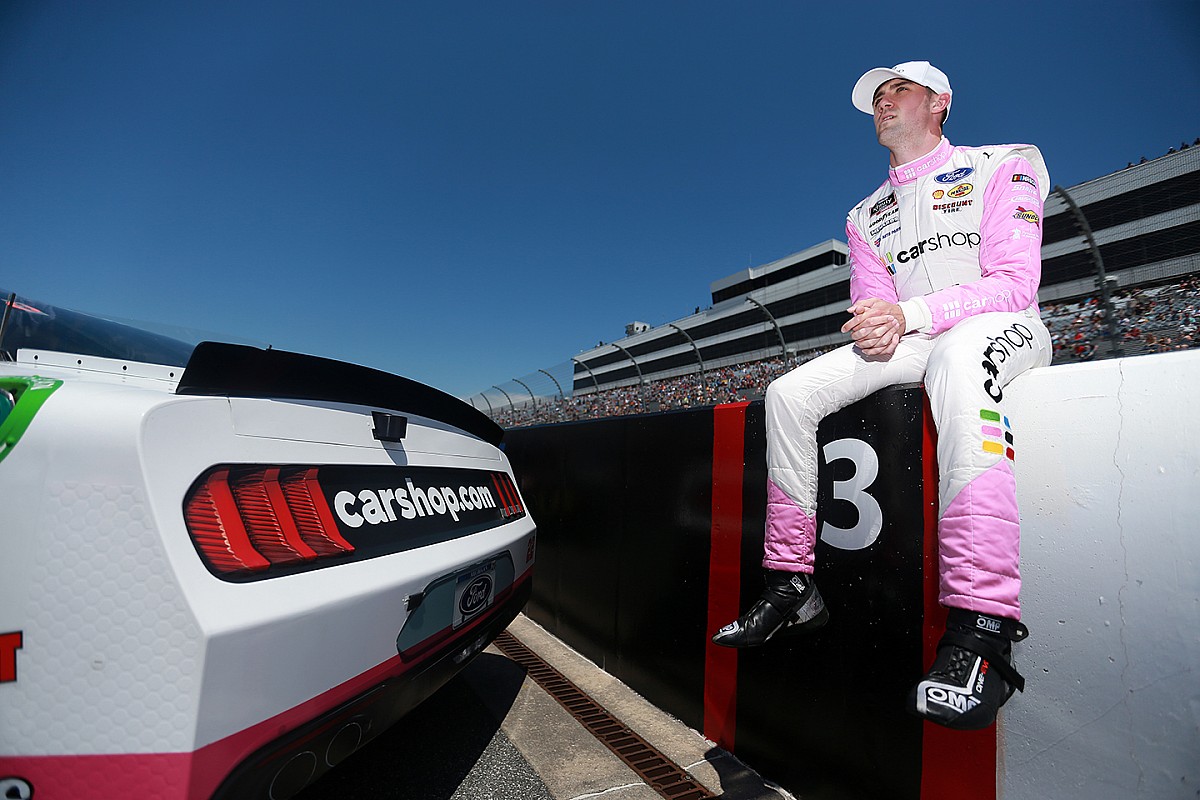 Cindric ran strong throughout the race but took the lead for the first and only time on with 50 of 200 laps remaining and cruised to a 3.796-second win over Josh Berry.

Cindric went to the inside of Justin Allgaier in Turn 2 and the two drivers made contact as Cindric cleared for the lead.

The win is Cindric’s third of the season, 11th of his career and first at Dover (Del.) International Speedway.

“I’m fired up, man,” Cindric said after the win. “I love this race track more than anywhere else we go to. I hate to admit it – but I love it! I’m glad we got it done today.

“Every win means so much and everyone that is in this series – I have the unique opportunity to know what I am doing in the future. I respect the guys that I am racing around are trying to get to the top level. I know I have that for me down the road but I have to bring that same energy that I am racing against.

“These wins are really hard to come by. It sucks that we have had some bad races recently that make this one feel so much better. This is my favorite race track that we go to.”

Allgaier ended up third, A.J. Allmendinger was fourth and Ty Gibbs rounded out the top-five.

Berry, as the highest finisher among the four eligible drivers, took home the final $100,000 Dash 4 Cash bonus of the 2021 season. Noah Gragson had collected the bonus in the first three races it was available.

“It could have been one spot better,” Berry said. “We were so good today. That last run we fired off a little too free, kind of got ate up and me and Justin got to racing each other and (Cindric) got away.

“We just weren’t quite as good in that last run as we were the one before. It’s my race here. There’s a lot to be proud of.”

Following the break between Stages 2 and 3, all the lead-lap car pit with Allgaier the first off pit road. Brett Moffitt was penalized for speeding on pit road during his stop – for the second time in the race – and had to restart from the rear of the field.

When the race resumed on Lap 97, Allgaier was followed by Berry, Allmendinger, Gragson and Harrison Burton.

On Lap 114, Berry got back around Allgaier to reclaim the lead as both began to navigate lapped traffic.

The No. 26 Toyota of John Hunter Nemechek appeared to suffer a broken track bar on Lap 139, which brought out another caution.

All of the lead-lap cars elected to pit with Berry the first off pit road. On the restart on Lap 145, Berry was followed by Allgaier, Cindric, Gragson and Gibbs.

Allgaier passed Berry in Turn 4 after the restart to reclaim the top spot and Cindric moved into the second position.

With 50 laps to go, Cindric went to the inside of Allgaier in Turn 2, made contact, and came away with the lead for the first time in the race.

With 30 laps remaining in the race, Cindric opened up a 3-second lead over Allgaier, who worked furiously to hold on to second while battling Berry. Allmendinger ran fourth and Gibbs fifth.

Berry finally got around Allgaier on Lap 174.

With 10 laps to go, Cindric had pulled away to a 4.9-second lead over Berry while Allgaier remained third, 5.7 seconds behind the leader.

Berry claimed the Stage 2 win under caution as Kyle Sieg wrecked in Turn 1 with five laps to go. His wreck required an extensive cleanup.

Following the break between Stages 1 and 2, most of the lead-lap cars pit with Jeb Burton the first off pit road thanks to a two-tire pit stop.

Tommy Joe Martins and Riley Herbst stayed out and took over the first and second spots, respectively, on the restart on Lap 55.

Allgaier, who restarted fourth on new tires, quickly powered back into the lead.

On Lap 58, Jesse Little spun off Turn 2, followed by Josh Williams and then Matt Jaskol, whose No. 13 car slid into Little’s and ended up on top of it. Matt Mills was also involved in the incident.

NASCAR red-flagged the race for nearly 11 minutes to clear the wreck. Most of the lead-lap cars remained on the track and Allgaier continued to lead the way on the restart on Lap 65.

On Lap 68, Zane Smith got into Brandon Jones and wrecked in Turn 1 to again place the race under caution.

The race returned to green on Lap 75 with Allgaier still out front.

Shortly after the restart, Berry worked his way around Allgaier to take the lead for the first time in the race.

With 10 laps remaining in the stage, Berry opened up a 1.1-second lead over Allgaier while Allmendinger ran third.

Kyle Sieg wrecked in Turn 1 which produced the sixth caution of the race.

Allgaier held off a determined Berry to take the Stage 1 win, his first stage victory of the 2021 season.

“We’ve got a really fast Camaro, but we’ve got three others in the field that are equally as good,” Allgaier said during the break. “Josh is doing a fantastic job, gave him some room and we raced it out.

“This is not an easy place, but it’s a fun place.”

Allmendinger was third, Harrison Burton fourth and Jones rounded out the top-five.

Hemric, who started on the pole, led the first lap but Allgaier swung around him on the outside to claim the lead on Lap 2.

NASCAR displayed a competition caution on Lap 21 to allow teams to check tire wear. Most of the lead-lap cars stayed on the track but Moffitt was penalized for speeding on pit road during his top and had to restart from the rear of the field.

When the race returned to green on Lap 27, Allgaier continued to lead the way followed by Berry and Jones.

Herbst spun off Turn 4 following contact from Nemechek on Lap 32 to bring out a caution. Again, the leaders remained on the track and Allgaier led the way on the restart on Lap 37.

With five laps left in the stage, Berry was all over the rear bumper of Allgaier in an effort to pass for the lead.

Zane Smith, who served as substitute driver for Justin Haley on Saturday, had to start from the rear of the field due to the driver change.