Austin Cindric: No “method to the madness” of new Atlanta 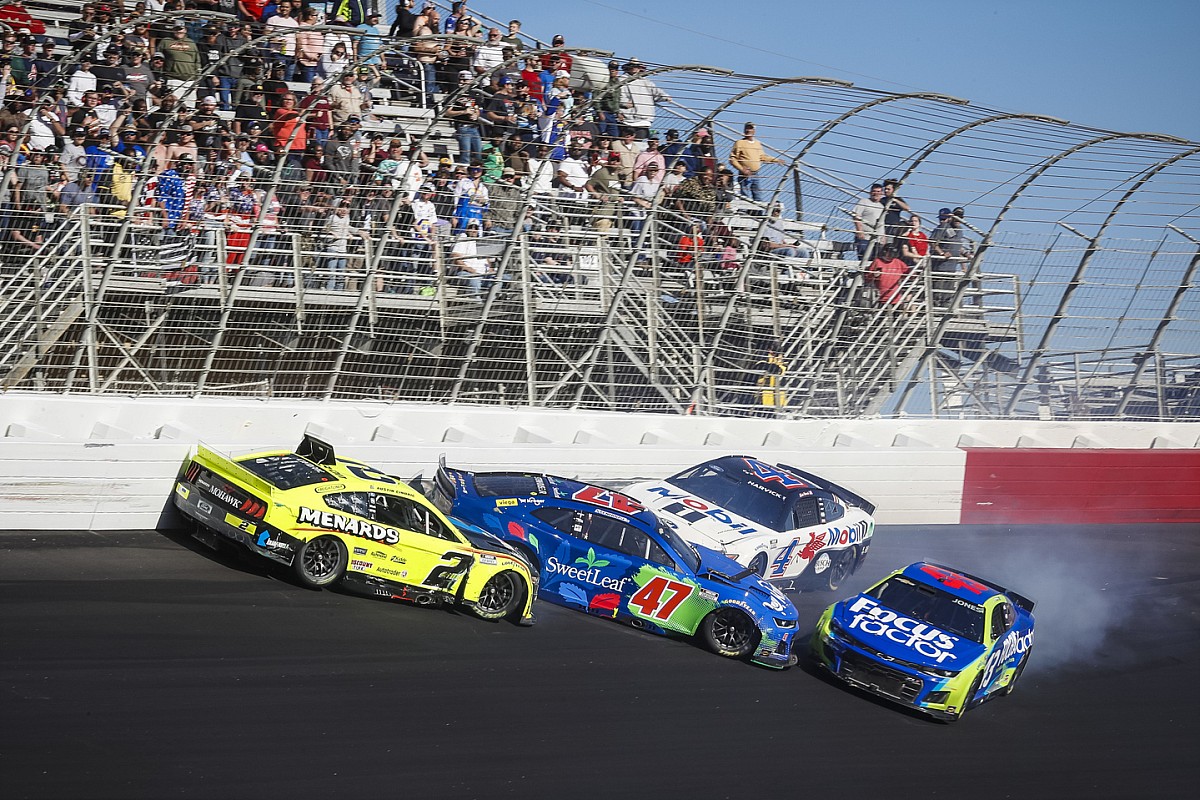 In the offseason, Atlanta was repaved but also had its banking increased to 28 degrees in the corners and the racing surface narrowed.

When NASCAR introduced its Next Gen car this season, it decided to utilize its superspeedway aero package at the reconfigured Atlanta track.

What developed over the weekend was a hybrid of intermediate track racing and the close-quartered pack racing typical of Daytona and Talladega.

Cindric ran around the top-10 most of the time in Sunday’s race until Stage 2 when Ricky Stenhouse Jr. had a right-rear tire go down while leading the race on Lap 201 of 325, spun and slammed into Cindric’s No. 2 Penske Ford.

The damage knocked Cindric out of the race and he was credited with a 32nd-place finish.

“This style of racing we’re all together and it’s a pretty large hit. It’s a shame to be out of the race,” Cindric said. “We were fighting close to the top 10 range most of the day, but just kind of a victim and it’s a bummer.

“It played out probably similar to what I thought it would after watching the Xfinity race (on Saturday). We stayed in a really large pack and handling seemed to matter a little bit, but track position seems to matter a lot.

“To be honest, I still can’t quite figure out if there’s a trick to what we were doing (Sunday), but just a shame. I wish we had gotten to the end and had a shot at it.”

A different kind of pack race

Cindric said the racing at Atlanta was “quite a bit different” from Daytona with the biggest difference coming because Atlanta is at least 1-mile shorter than either Daytona or Talladega.

“I feel like (Sunday) if you weren’t fifth on forward, you were limited by whatever was happening in the first two or three rows. I never quite figured out a method to the madness,” he said.

“We kind of hung around 10th on the edge of stage points all the time. It was interesting for sure, but it’s a narrow track and not a lot of room to have errors.”

Cindric said from his vantage point the only way drivers in the back of the pack could make significant progress to the front was if they were willing to go three-wide on areas of the track which were not advisable.

“I took advantage of that a few times and it was kind of fun,” he said, “but it’s a pretty rare opportunity that you would catch somebody sleeping” (to make that move).

Since Cindric’s win in the season-opener, the Team Penske rookie’s best finish was 12th at Fontana, Calif. His finish Sunday at Atlanta dropped him from eighth to 17th in the series

standings but with his Daytona victory, he is virtually assured a spot in the 16-driver playoffs this season.