Atlanta Motor Speedway Bringing In Next Generation With Track Reprofile 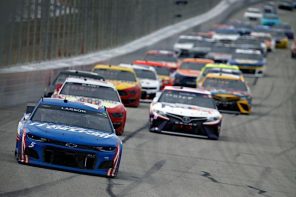 AMS has played host to some of NASCAR’s most memorable moments on the current surface, including Dale Earnhardt’s 0.010-second margin of victory over Bobby Labonte in 2000, Kevin Harvick’s emotional and record-setting 0.006-second margin of victory over Jeff Gordon in Earnhardt’s Richard Childress Racing car the following year, Carl Edwards last-lap pass on Jimmie Johnson to earn his first Cup Series victory in 2005, and a legendary battle to the checkers between Gordon and Johnson in 2011.

“Our operations staff has done everything possible to extend the life of our racing surface, and as a result fans have enjoyed some historic moments and fantastic finishes at Atlanta,” said AMS Executive Vice President and General Manager Brandon Hutchison. “While this asphalt cannot outlast Father Time, the memories of the great racing will last forever. NASCAR’s best will have one more chance to add to the legacy of this surface with a grand finale at the Quaker State 400 Presented by Walmart on July 11.”

The NASCAR Xfinity Series gets the first crack at Atlanta’s slick and abrasive track surface during the Credit Karma Money 250 on Saturday, July 10. The weekend is headlined by the Quaker State 400 Presented by Walmart on Sunday, July 11, with Chase Elliott, Kevin Harvick, Ryan Blaney, and the rest of the NASCAR Cup Series’ stars battling for glory.