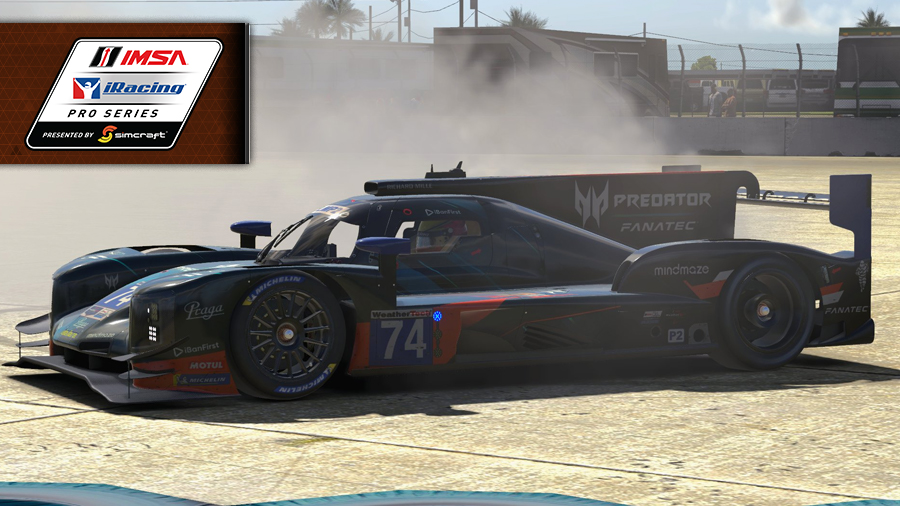 Scott Andrews’ run of domination in virtual events for real-world sports car aces continued on Thursday night, as the 24 Hours of Daytona LMP3 class winner led every lap of the IMSA iRacing Pro Series presented by Simcraft season opener from Sebring International Raceway. It was the second straight win of 2021 for Andrews, who also topped the running order in the IMSA Preseason Invitational from Daytona International Speedway at the start of the year.

Andrews outqualified Richard Heistand by nearly half a second in the Dallara P217 LMP2, and led all 34 laps on the way to a 10.867-second victory over Daniel Morad. Heistand would round out the overall podium, with Mirko Bortolotti and Shinya Michimi completing the top five. Eight of the 14 LMP2 starters would finish on the lead lap.

As with many of iRacing’s invitational events, the 34-car field featured some talented crossover drivers on the entry list to join the series regulars. Former Indianapolis 500 and IndyCar champion Tony Kanaan finished seventh in GTE, the final driver on the class lead lap, while NASCAR veteran and Kligerman Sport team owner Parker Kligerman came home eighth in class.

The IMSA iRacing Pro Series presented by Simcraft continues on Thursday, April 22 at WeatherTech Raceway Laguna Seca, and will stream across iRacing social media channels at 6:30PM ET. For more information on iRacing and for special offers, visit www.iracing.com.