Analysis: How the LA Clash showed NASCAR can be fun again

Moving the Clash – held at Daytona International Speedway as part of Speedweeks since its 1981 inception – was a bold step in and of itself.

Taking it to a football stadium and run on a made-from-scratch ¼-mile track was unheard of – and there were plenty of doubters, both within NASCAR’s ranks and its fan base, when it was first unveiled.

But this weekend’s event showed NASCAR at its best when it strays from its typical this-is-how-we’ve-always-done-it mantra.

Sunday was how a sports season should kick off – with a big party focused more on entertainment than competition but offering plenty of both.

It served as a stunning showcase of what’s ahead – the debut of a revolutionary race car in NASCAR’s premier Cup Series, a test of NASCAR’s willingness to try new venues and its commitment to reach a new and more diverse fan base.

It’s hard to see how NASCAR didn’t succeed on all accounts.

“It’s pretty innovative. We’re doing some cool stuff that brings you back to your short track days,” said driver Austin Dillon. “The format of this was nice. Not a whole lot of practice. You had to come here, do it, qualify, race.

“That type of stuff brings you back to your Saturday night short track. Get to the track, get a little bit of practice, heat race, race, enjoy it. That was cool. I think that’s great.”

In this race weekend, NASCAR showed its willingness not only to try new venues but also new ways of competition.

The race had a set field of 23 and only one driver – reigning Cup champion Kyle Larson – was guaranteed a spot in the field. There were heat races and last chance qualifiers, providing drivers plenty of opportunities to make the main event but absolutely no guarantees.

The main event was just 150 laps with a halftime break and no traditional pit stops. 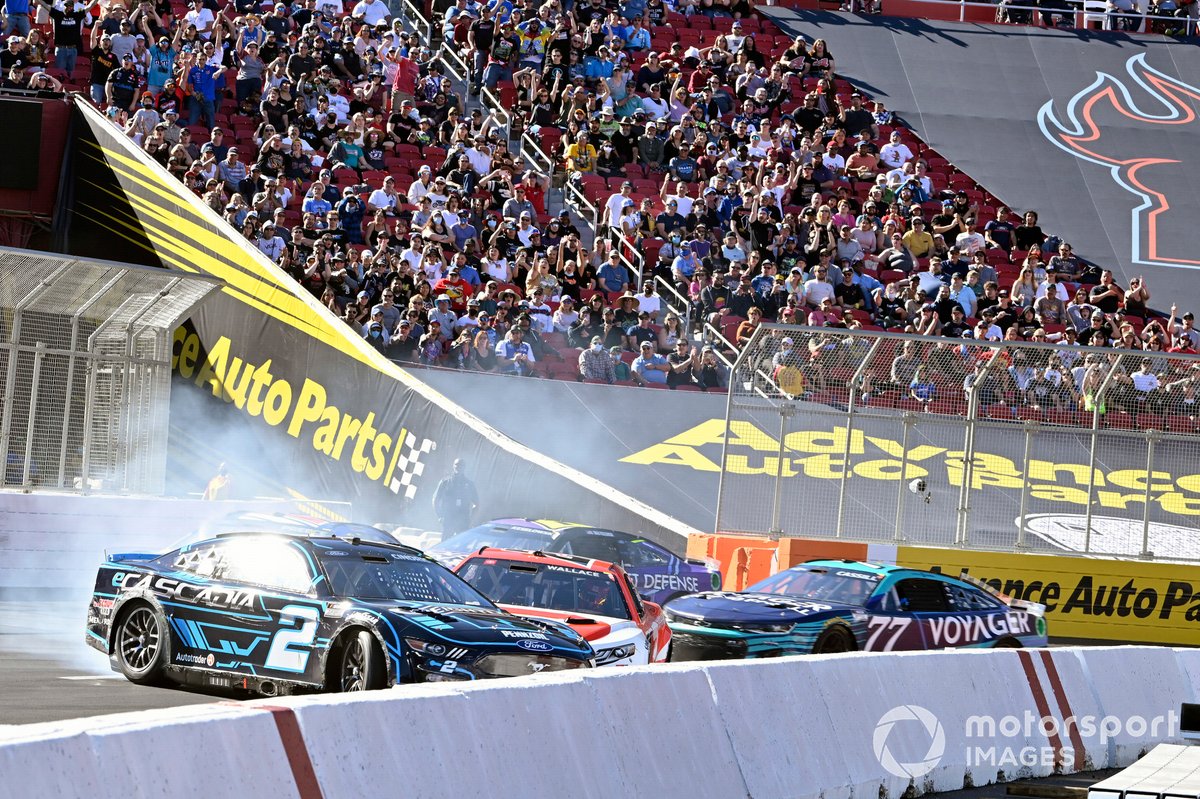 It was anything but typical NASCAR. And for that reason, it was perhaps exactly what NASCAR needed.

“When you look at this Next Gen car, all the pressure that was on, really the entire industry, all the long hours coming into this, I think a lot of us in the industry forgot that we’re in a pretty cool sport,” said Steve O’Donnell, NASCAR’s executive vice president and chief racing development officer. “It is fun to be a part of.

“Today was what we’re all about. It was important for us to come out here and look like we’re having fun, even if we weren’t. That wasn’t the case. I think everybody was really enthusiastic and ready to go. They wanted to win this race. I think that showed.”

Even before the success of Sunday’s event became clear, NASCAR was being pushed to declare where it plans to venture next for a stadium race, or whether it will continue to hold the Clash in Los Angeles or even adapt the ¼-mile track configuration into the regular Cup Series schedule.

In NASCAR’s history, many times something new is tried or discovered and turns out successful, it has become commonplace to instantly attempt to replicate it in hopes of “cashing in” on that success.

That should not be the case here.

The most important thing NASCAR may have discovered this weekend isn’t a new track, a new venue or even finding new fans.

Like O’Donnell alluded to, it may well be something far simpler – rediscovering the pure fun and entertainment racing can provide, both for the fans who watch and those who work within the industry.

It was at its best a much-needed reminder of why we race.

If that is the only tangible benefit NASCAR receives from the weekend – and it certainly isn’t – NASCAR got far more out of this experiment than it invested.