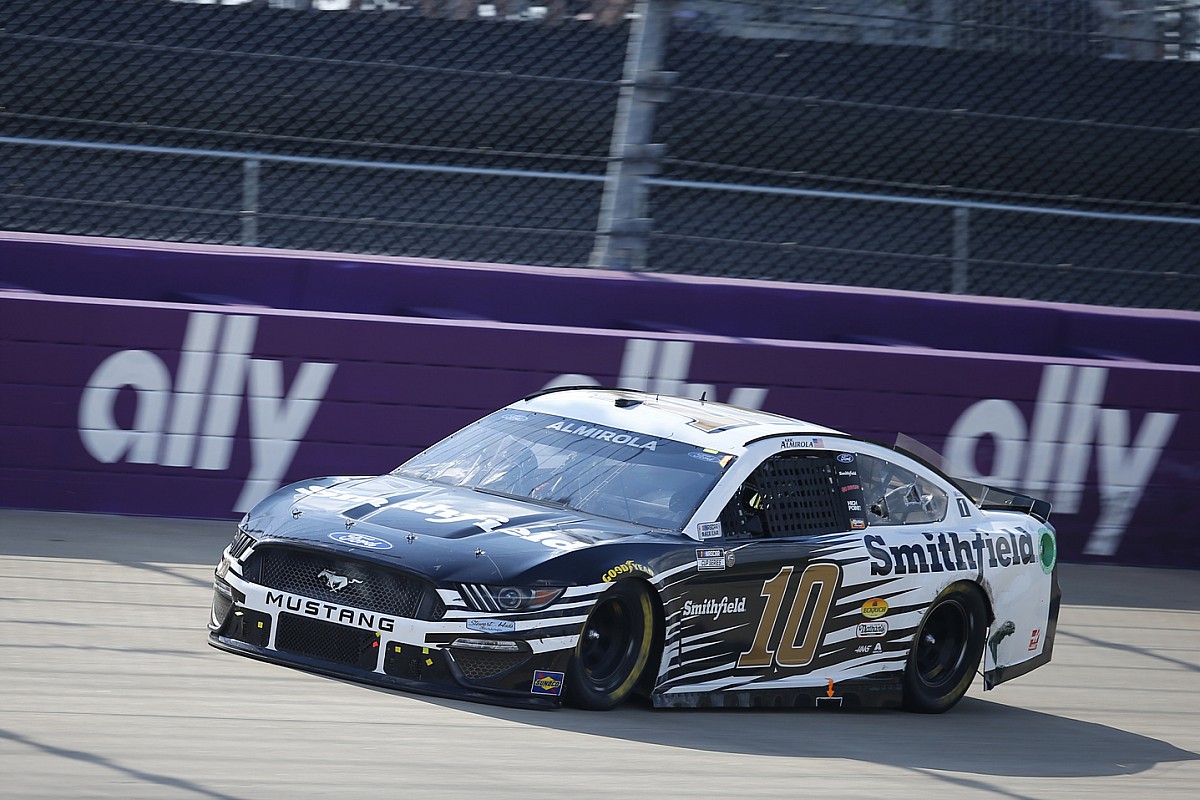 After an impressive showing in the All-Star Race, he hoped the momentum would carry over to Nashville with real points on the line. Well, it seems it did.

The 37-year-old earned his third career pole in a qualifying session where all four Stewart-Haas Racing drivers impressed. He went on to place fourth in the race itself, his first top-five since September, 2020 at Bristol Motor Speedway.

“We had a good car, just, my goodness, we don’t have anything for those Chevrolets right now,” said Almirola, who was beat by three Chevrolet drivers in the end. “They’re making grip and they’re getting up off the corner. It’s so hard to race with them. I can roll the center as good as some of the guys in those cars, if not a little better, and then it’s tough to keep up.

“But we have made huge strides to close the gap. Our race team is doing a great job scrounging and scrapping to build better race cars and it’s nice to come here and run up front, run in the top five and at least be in the mix, so it feels good.  We’ll just keep building on it. The All-Star Race was a good race for us.  Today, again, was a good race for us, so we’ll just keep grinding.”

SHR is pushing hard to make gains after a dismal start to the season. Only Harvick is within reach of the playoffs with Almirola back in 28th in the championship standings.

Cole Custer and Chase Briscoe also ran strong at Nashville, but brake issues ended their days prematurely. Still, the fact that the two remaining cars both finished inside the top-five appears to show that Stewart-Haas is getting closer to where they want to be.

“It means we’re working hard,” said Almirola. “We’ve had a lot of races where the 4 (Harvick) has been a 10th-place car and the other three of us have run 25th it seems like, so we’ve been working so hard. When you run bad it’s 10 times as much work because you’re going down every single different avenue trying to figure out what’s gonna make speed in the race cars, and when you have fast race cars it’s easy because you just massage on it and polish it and keep going to the racetrack with what you know is fast.

“We’ve been working so hard.  I’m proud of everybody back at the shop and specifically this 10 team. We’ve been off and it’s been nice to get it back and go on here in the right direction after two weeks in a row of running up front.”

NASCAR now heads to Pocono Raceway for a doubleheader event next weekend.