Allmendinger: “Work to be done” to contend for Xfinity title

Allmendinger has led the series standings since the April 2 race at Richmond, Va., and has won twice during that span, with both victories coming on road courses.

He has an opportunity for another this weekend as the series moves to Road America, where he won in 2013 and finished fourth last year after leading a race-high 12 laps.

“I have confidence that we can go there, be at our best and really have a shot to win this race. We just have to make sure we execute. That’s what it’s always about,” Allmendinger, 40, said.

“It’s tough to get in the back of the field and try to drive through the field to get back to the front, which is what we had to do a lot last year.”

The key to winning a modern NASCAR title

Allmendinger knows, however, that to win a series championship requires being good at the season finale at Phoenix and that could be a problem.

“I think it’s one of those things where – obviously we’re leading the points, which is great,” he said. “If we’re going to be brutally honest – if we had to go race Phoenix tomorrow in the championship – I don’t think we have a shot to win it.

“With that said, we still have a good amount of time before the playoffs start. Last year at this point, we were second in points; probably felt a little bit better about our speed. But because of that, with no practice, we were always afraid to really try anything to try and improve the race car.

“The great thing about where we’re at right now, is we know we need speed and all the men and women at Kaulig Racing are working hard trying different things at every race.” 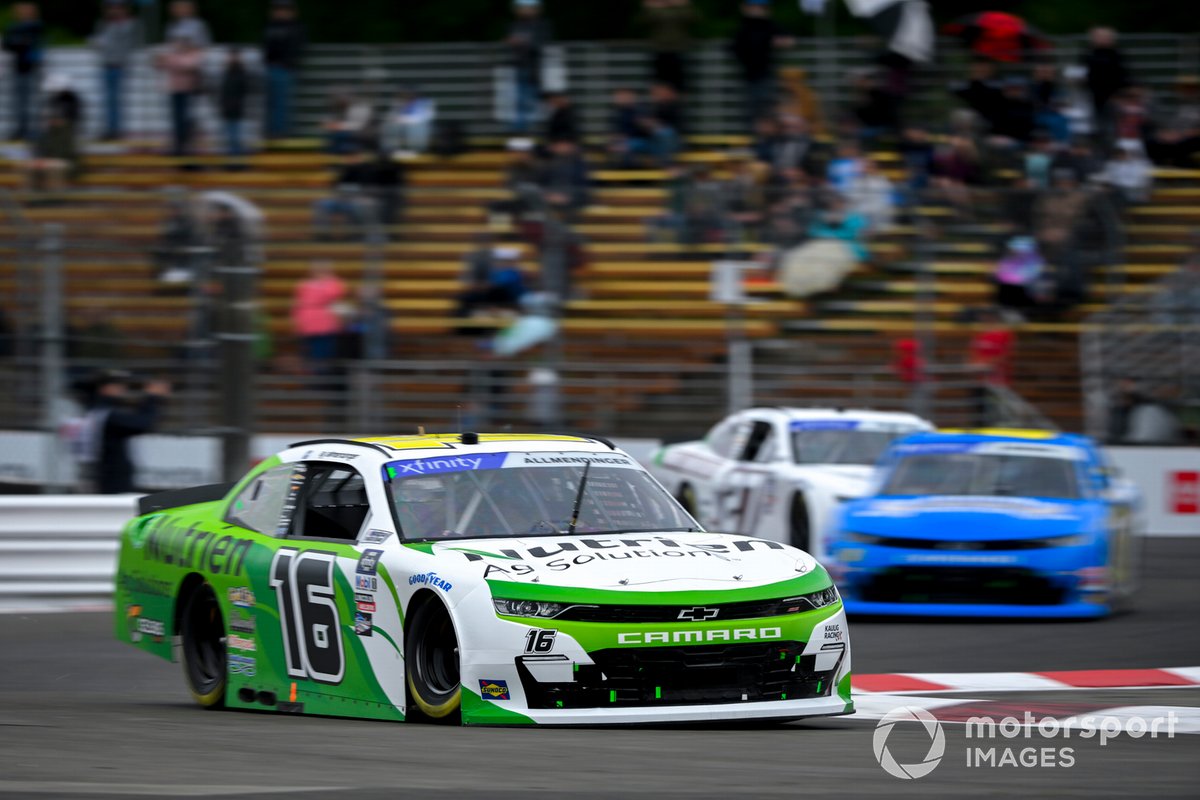 Even if lacking speed, Allmendinger and his No. 16 team have still been among the most consist this season.

Through 15 races, Allmendinger two wins, seven top-five and a series-best 13 top-10 finishes. He also leads the series with a 6.5 average finish.

Related to the speed issue, Allmendinger had led 196 laps on the year, which is fifth-highest behind three JR Motorsports cars and one at Joe Gibbs Racing.

“As of this moment, are we the championship favorite? I don’t think so. I think you have to look at all of the JRM cars that have everyone beat,” he said. “What Justin Allgaier did at Nashville, he put a whooping on us.

“So, we definitely have some work to be done. But that’s what I love about this team – we’re working hard and we are improving. Maybe it’s not as quick as we want to be, but we’ll get there.

“We have time before the playoffs start, so that’s what I love about it.”