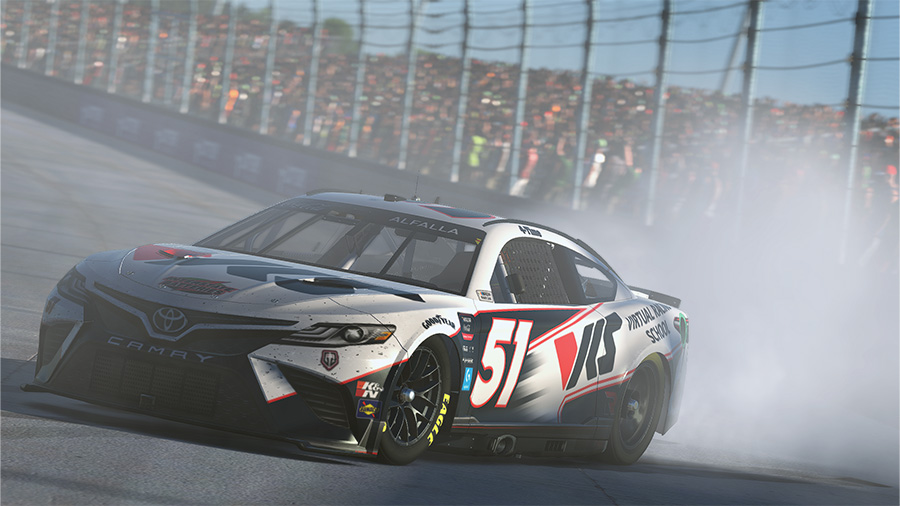 Four-time eNASCAR Coca-Cola iRacing Series champion Ray Alfalla drove from 37th on the grid to score his first win of the 2022 season for Joe Gibbs Racing at Nashville Superspeedway on Tuesday night. Despite staying out on older tires late in the race, Alfalla got the jump on Jim Beaver eSports’ Blake Reynolds on two tires in the Restart Zone during eNASCAR Overtime to take the record-extending 27th win of his eNASCAR career.

After an immediate caution at the start of the race, things stayed green until the trickiest possible time for much of the field. During green flag pit stops just past the halfway point, RFK Racing’s Parker Retzlaff and Daytona winner Femi Olatunbosun made contact and spun through the tri-oval after trying to avoid Team Dillon Esports’ Taylor Hurst. Some of the drivers who had pit early, led by 23XI’s Mitchell deJong, stayed out, while early front-runners like Charlotte Phoenix driver Graham Bowlin were shuffled to the middle and others who were still a lap down after taking their pit stops needed to take wave arounds and start from the back. 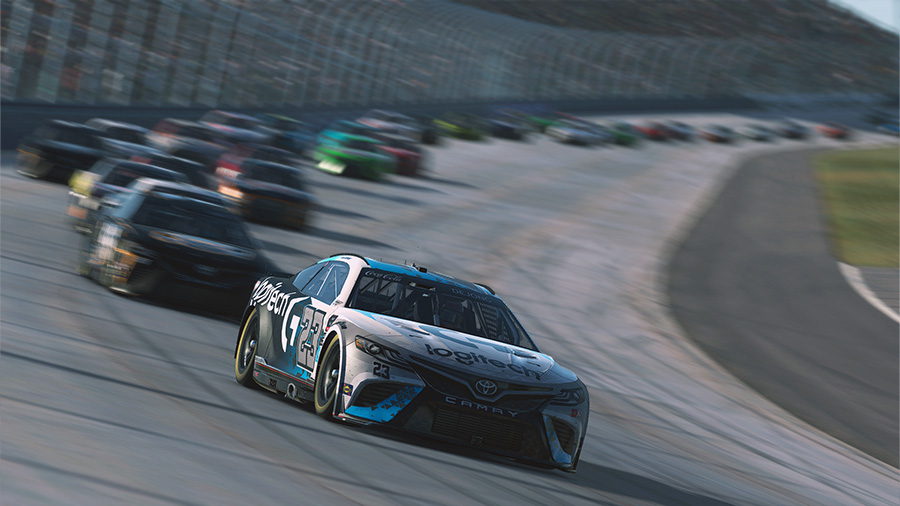 While deJong had the oldest tires of anyone who stayed out, Atlanta winner Steven Wilson of Stewart-Haas eSports would take him side by side with 25 laps to go, and 2019 series champion Zack Novak of Rise eSports would make it a three-wide battle a lap later before eventually taking the spot. Soon after, a stack-up on the backstretch led to a multi-car incident, with polesitter and local hero Briar LaPradd of JR Motorsports getting the worst of it.

The field would only make it one lap before another multi-car wreck, this time including the two most recent eNASCAR race winners in Garrett Lowe and Bowlin, but not before Alfalla took the lead. He’d begin to pull away before another caution with four to go would lead to overtime. But despite having drivers behind him with two or four tires, Alfalla took advantage of the Restart Zone’s debut in the series to take control of the green flag in his own hands. Novak would get past Reynolds for second, while Michael Guest and two-time 2022 winner Michael Conti completed the top five. 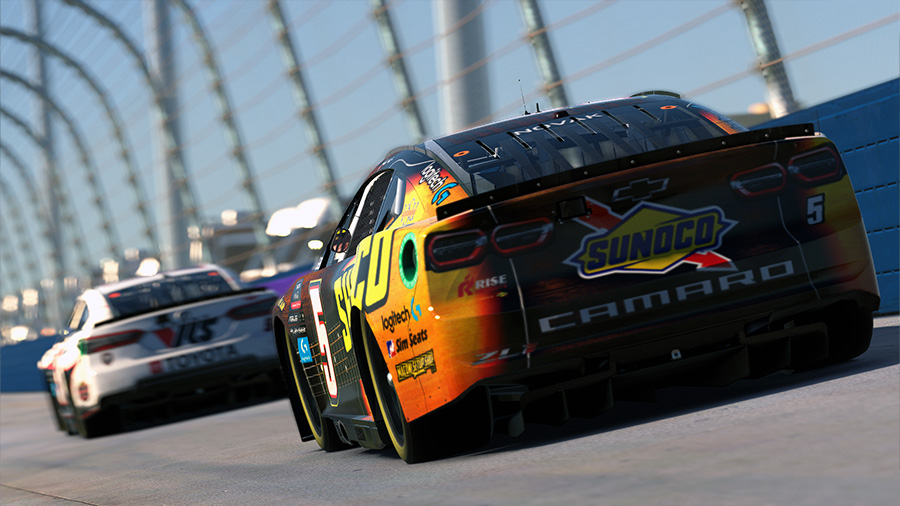 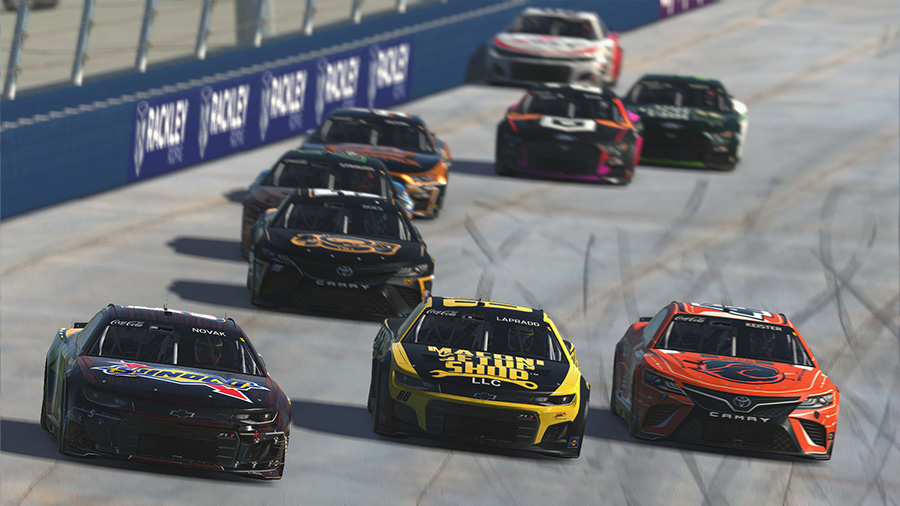 eNASCAR Coca-Cola iRacing Series points through 10 rounds are as follows:

The 2022 eNASCAR Coca-Cola iRacing Series season resumes in two weeks at Road America, where Mitchell deJong scored his second win of the season in 2021. Broadcast coverage begins on Tuesday, July 5 at 8:30PM ET with Countdown to Green before the 9PM ET green flag, and can be seen at enascar.com/live.