Alex Bowman: “It felt good to be able to pass cars” 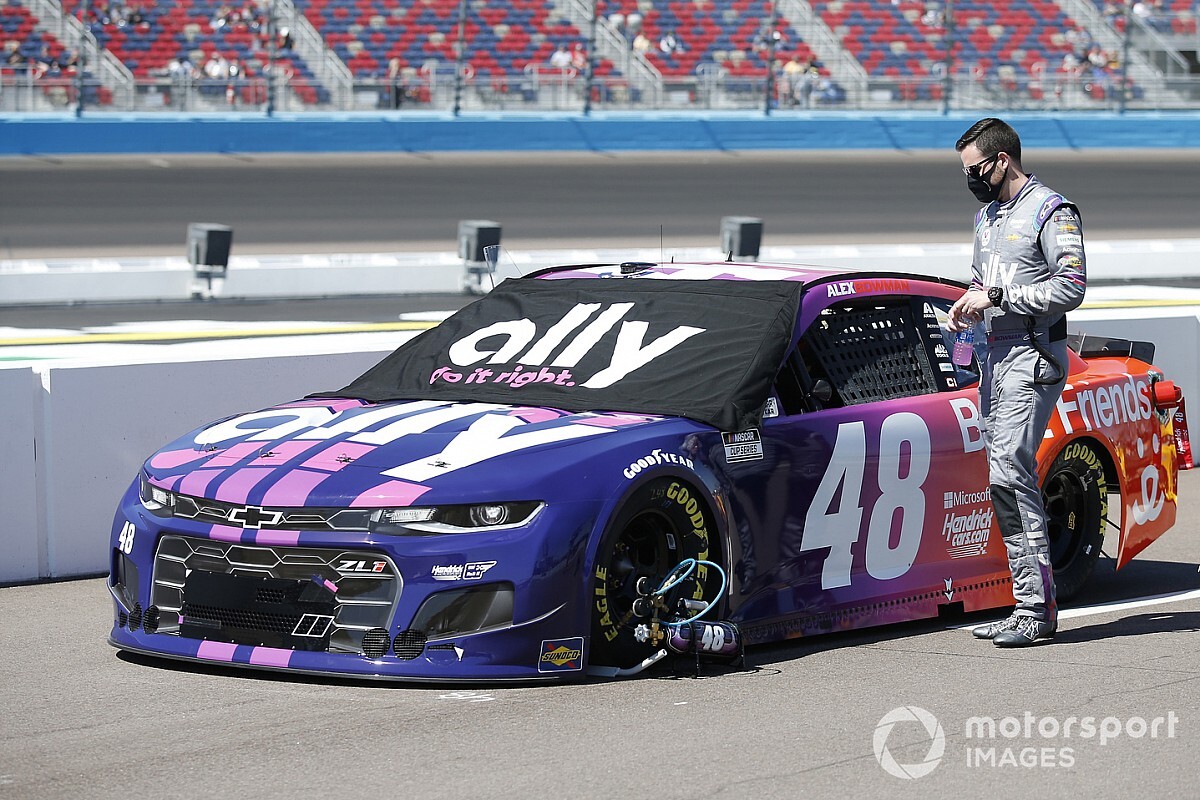 Entering Sunday’s NASCAR Cup Series race at Atlanta Motor Speedway, Bowman was the only Hendrick Motorsports driver outside the top-10 in the series standings.

He had shown the speed of his three teammates but got caught up in a wreck in the season-opening Daytona 500 and was running well late in the Las Vegas race but was forced to pit under green for a flat tire.

While Bowman’s No. 48 Chevrolet wasn’t the best on long runs, it remained competitive the entire race and he came home third – his first top-five finish of the 2021 season.

“We’ve struggled in some areas this year that have been pretty frustrating. I feel like we really struggled in dirty air, maneuverability in traffic, restarts and stuff,” Bowman said. “Worked really hard at bringing something to the race track that I could be aggressive with, could drive hard.

“It felt good to have that – to be able to pass cars. My pit crew did a great job keeping us up front, as well. It definitely feels good to be closer to the front. We want to be a couple spots better.

“After the last couple weeks, this definitely feels pretty good.”

Since the season began, Bowman has seen his teammates William Byron and Kyle Larson both win races, and Larson was again in contention to win Sunday, leading 269 of the 325 laps before being passed by Ryan Blaney with eight laps to go.

Bowman said he feels his team has “been a little behind” Byron and Larson’s teams but having fast teammates to turn to for help is only a positive.

“Every day walking into HMS for me is a dream come true. Still enjoying every minute of it. I feel like this is the strongest start to the season the company overall has had,” he said. “I feel like as a race team we were a little better the beginning of last year than we are the beginning of this year.

“I feel like us specifically, last year we could have won Las Vegas. We did win Fontana. Came back after the break pretty strong. This year, I feel like we’re a little behind.

“But (Larson and Byron), specifically, are super-fast each and every week. It always is good to be able to learn from them. We have a lot of really smart people working really hard back at the shop. It’s paying off.”

With his best finish of the season in hand, Bowman said he is looking forward to next weekend’s Cup Series race on the retooled Bristol Dirt Track, which will be the series’ first race on dirt in more than 50 years.

“I love new and different things. I think going somewhere completely different than what we’ve done in the Cup Series for forever is pretty awesome,” he said. “Who knows if it’s going to be amazing, not great, what the race track is going to do or wha’’s going to happen.

“I think the fact that it’s new, different and exciting, is really cool to be a part of.”