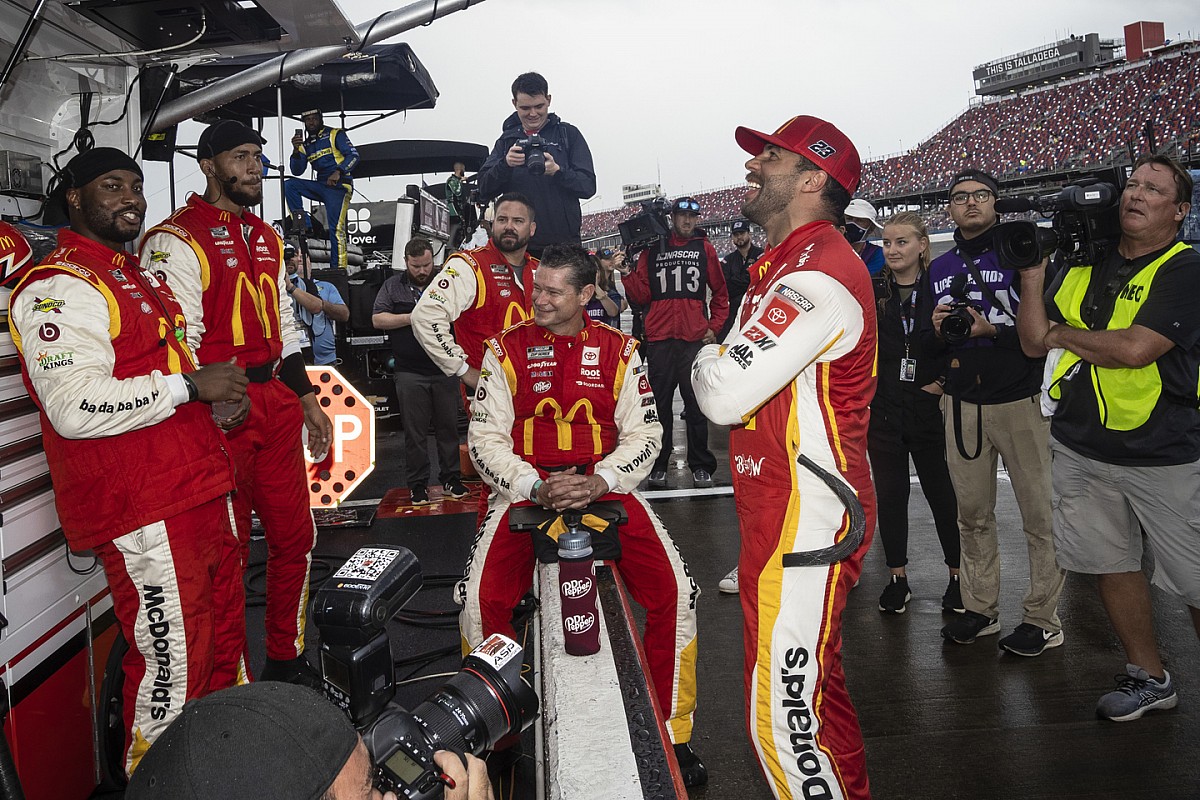 Barker was already the interim crew chief for Bubba Wallace and the No. 23 team, taking up the position in September and winning the rain-shortened event at Talladega in just their third race together.

“Bootie and I clicked from the start,” said Wallace. “He’s been a great addition to the No. 23 team and in just the short time he’s been the crew chief, he’s helped me on and off the track to be better every time I get in the car. To get the win together at Talladega, the first win for both of us, was really special. I’m excited to continue to build this team with Bootie and to see what we can accomplish together next season. I’m pumped to get the year started at the LA Coliseum and then head to Daytona for the Daytona 500.”

Billy Scott joins the team atop the box for the No. 45 Toyota, to be driven by Kurt Busch. Scott previously worked with Busch in 2018 at Stewart-Haas Racing. Scott earned his lone victory as a Cup Series CC with Busch at Bristol.

“The chemistry Billy and I had together a few years back at SHR (Stewart Haas Racing) was strong,” said Busch. “We raced smart and built solid consistency with each other. That showed with the results and the fun the team had together. Winning races is what it’s all about and our past experiences will help build the future at 23XI.”

Additionally, the team announced several other new hires to help strengthen the organization for 2022, including Dave Rogers as Performance Director. Rogers was a very successful crew chief at Joe Gibbs Racing, winning 18 races between 2005 and 2018. He also led his team to 21 victories in the NASCAR Xfinity Series, most recently capturing the 2021 NXS title with Daniel Hemric.

• Etienne Cliche – No 23 Race Engineer – Cliche is a current 23XI employee and will continue his role on the No. 23 team.