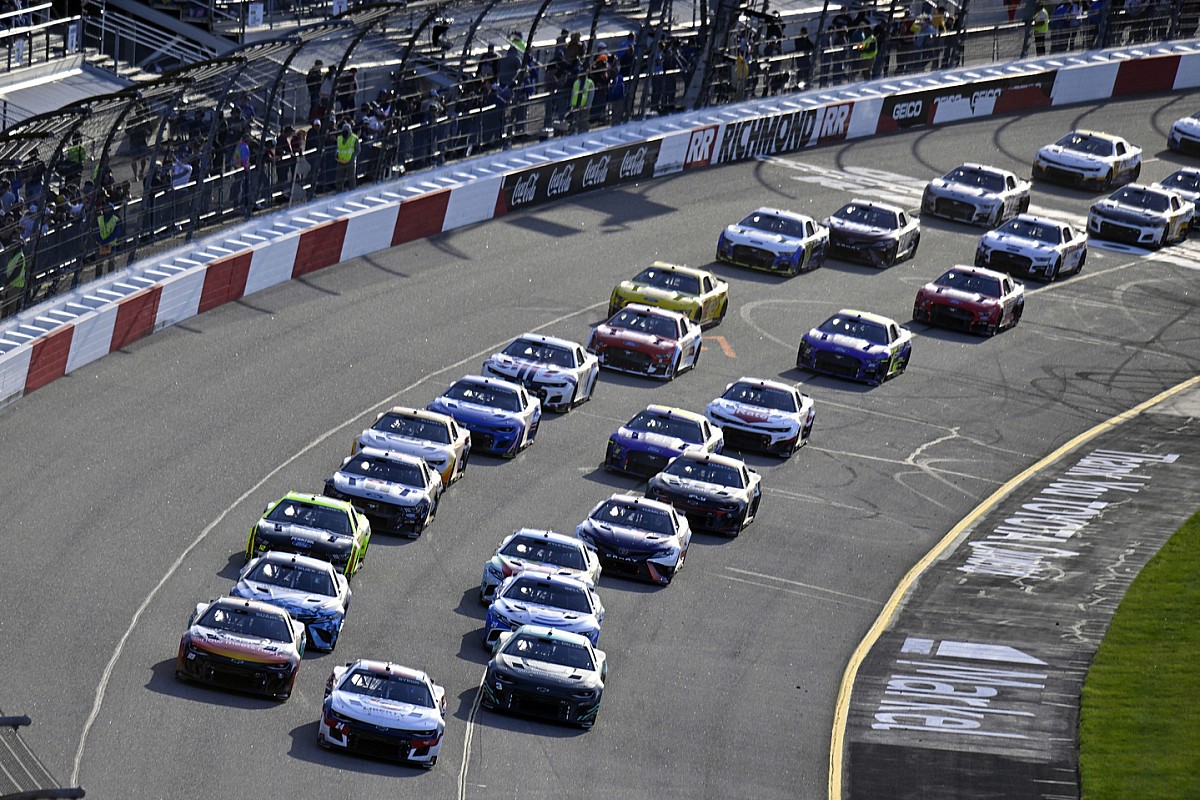 His victory is bad news for Ryan Blaney, and even worse news for Martin Truex Jr. as this now puts Blaney on the bubble and knocks Truex out of the playoffs.

Bubba Wallace impressed at Michigan, finishing second after starting the race from pole position. He’s now finished eighth or higher in each of the last four races.

Ty Gibbs, who continued to sub for Kurt Busch, scored his first top-ten finish last weekend in just his third Cup start. He will again be in the No. 45 this weekend as Bush recovers from a crash in Pocono qualifying that left him with concussion-like symptoms.

How to watch the NASCAR at Richmond

The NASCAR Cup and Truck Series will be racing this weekend at Richmond, The Virginia short track, which has been part of the schedule since 1953, is hosting its second Cup race of the 2022 season with Denny Hamlin winning there earlier this year. Kyle Busch leads the way among active drivers with six victories.

Who’s on the entry list for NASCAR Cup at Richmond?

There are 36 cars on the NASCAR Cup Series entry list with no open entries.

After Richmond, there will be just two races remaining in the regular season before the NASCAR Cup Series playoffs begin at Darlington.