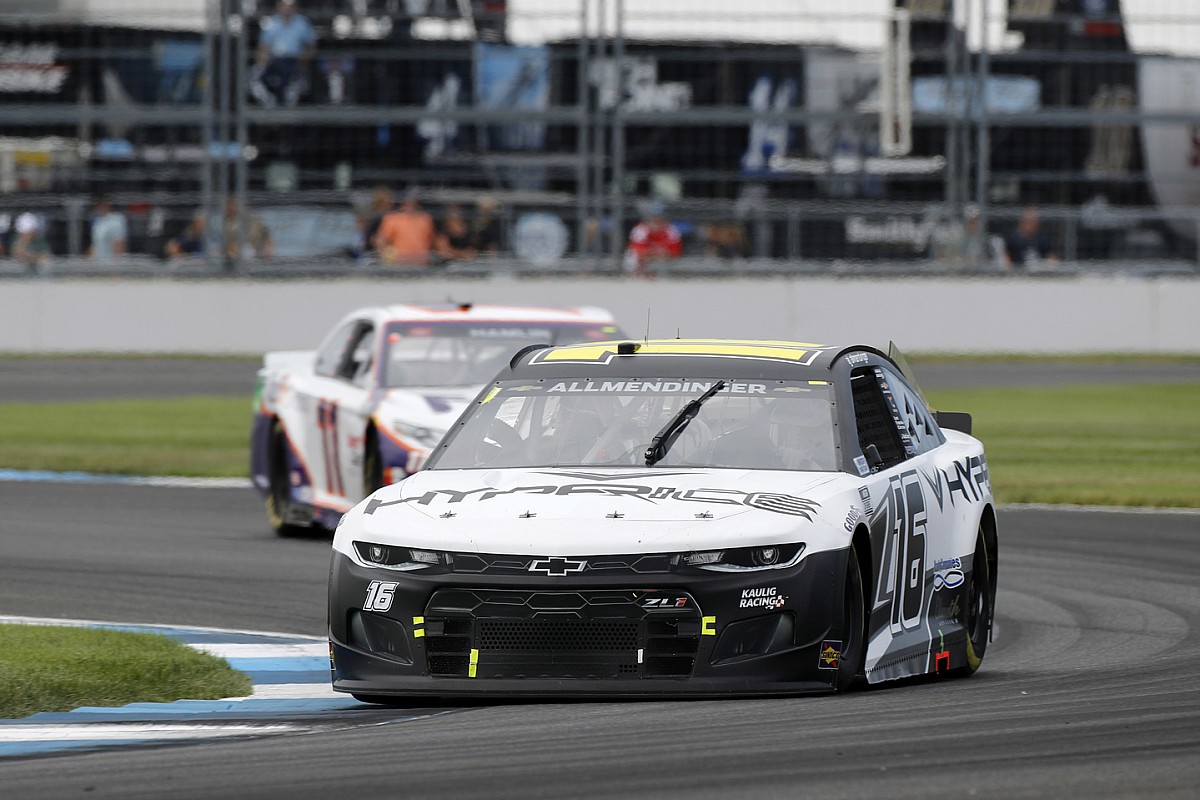 It’s been quite the week for NASCAR, including a thrilling race at Pocono Raceway where Denny Hamlin and Ross Chastain clashed once again. In the battle for the win, Hamlin ran Chastain up the track and into the wall.

Hamlin went on to win, beating teammate Kyle Busch. However, it was all for naught as both Joe Gibbs Racing cars were disqualified after failing post-race inspection. Chase Elliott inherited the race victory, further extending his championship lead.

Ryan Blaney and Martin Truex Jr. remain safe, for now, as the only drivers currently in the playoffs without a win. A 15th different winner in the coming weeks would boot one of them out of the top-16, despite sitting inside the top-five in regular season points. Kevin Harvick is the most likely candidate to usurp Truex or Blaney, and was set for a great result at Pocono before getting collected in the Hamlin/Chastain scuffle.

Ty Gibbs finished 16th in his Cup Series debut at Pocono, subbing for Kurt Busch. The NASCAR medical team has yet to clear the veteran driver, who is experiencing concussion-like symptoms after a crash in Pocono qualifying. Gibbs will once again pilot the No. 45 machine this weekend.

How to watch the NASCAR at Indianapolis

The NASCAR Cup and Xfinity Series will be racing this weekend at IMS, as will IndyCar in a rare companion weekend for the two.  A.J. Allmendinger won the inaugural Cup race on the IMS road course last year, taking the checkered flag for Kaulig Racing.

The Truck Series will not be at IMS, but they will be close by, racing at IRP.

Who’s on the entry list for NASCAR Cup at Pocono?

After Indianapolis, there will be four races remaining in the regular season before the NASCAR Cup Series playoffs begin at Darlington.