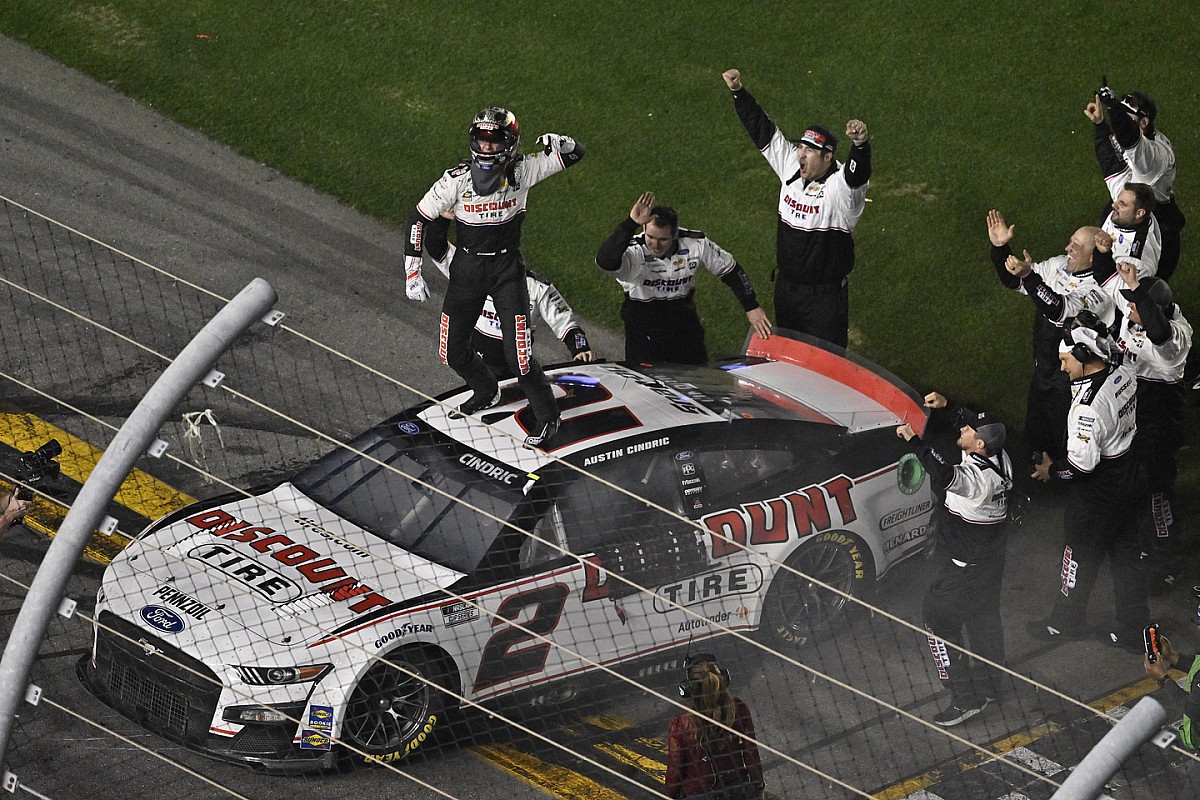 The 64th running of the Daytona 500 came down to contact between Penske teammates Cindric and Ryan Blaney, allowing Bubba Wallace a chance to dive to the inside of Cindric.

Across the line, Cindric took the checkered flag by just 0.036s over Wallace, winning NASCAR’s biggest race in just his second attempt. Cindric has just eight Cup Series starts as well, and will now be locked into the 2022 playoffs.

The race was slowed by seven cautions and one red flag.